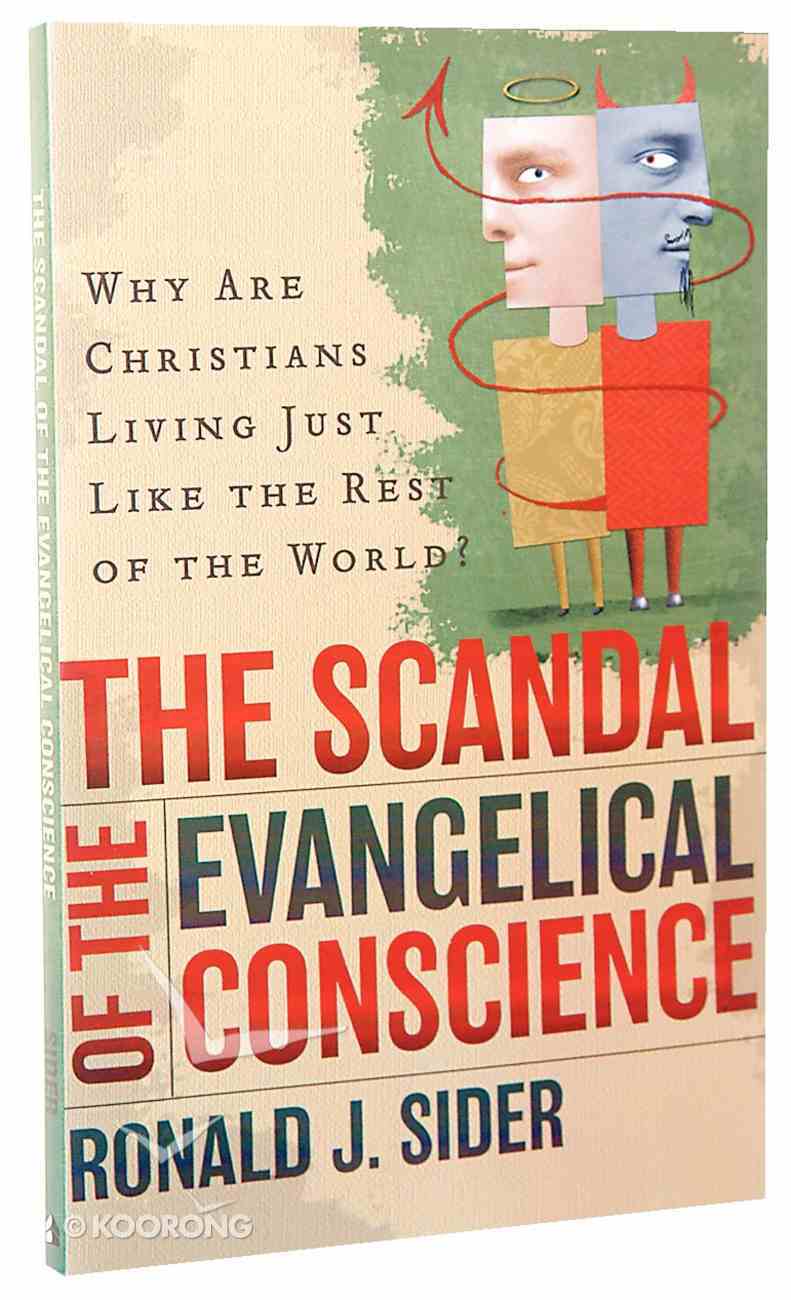 The Scandal of the Evangelical Conscience

Why Are Christians Living Just Like the Rest of the World? Evangelical Christians say they believe in biblical moral standards and the power of God to transform lives - yet recent surveys show that most are not living...

The Scandal of the Evangelical Conscience
Ronald J Sider
eBook

Why Are Christians Living Just Like the Rest of the World?

Evangelical Christians say they believe in biblical moral standards and the power of God to transform lives - yet recent surveys show that most are not living any differently than the rest of the world. From money to sex to racism to personal self-fulfilment, a scandalous percentage of Christians are violating biblical standards with barely a twinge of conviction.

Ron Sider takes a painfully honest look at this disconnect to reveal the depth of the problem and contrast it with biblical teaching on the transforming power of genuine faith. When we apply these biblical teachings to our lives, we will be more suited to close the gap between who we are and who God calls us to be.

"This stinging jeremiad by Sider demands that American Christians start practicing what they preach. Incisive and prophetic."
s Weekly.

Ron Sider asserts that "by their daily activity, most 'Christians' regularly commit treason. With their mouths they claim that Jesus is their Lord, but with their actions they demonstrate their allegiance to money, sex, and personal self-fulfillment." In this candid and challenging book, Sider addresses an embarrassing reality: most Christians' lives are no different from the lives of their secular neighbors. Hedonism, materialism, racism, egotism, and many other undesirable traits are commonplace among Christians. Rather than simply a book bemoaning the state of American Christianity today, The Scandal of the Evangelical Conscience offers readers solutions to repair the disconnect between belief and practice. While it's not easy medicine to take, this book is a much-needed prophetic call to transformed living.
-Publisher

"The conscience of many evangelicals has been programmed more by social patterns than by the Scripture. In this work Ron Sider gives us an impressive critique of this scandal and calls us to a rediscovery of the ethics of Christ. This book can help us see that being saved in relation with Jesus means that we now live in relation with Jesus. The church is the body of Christ, the community that makes Jesus visible in the world. Our ability to be self-critical is in itself an evidence of the sincerity of our faith. This book is a call to repentance and renewal."--Myron S. Augsburger, president emeritus, Eastern Mennonite University, president emeritus, Council for Christian Colleges & Universities"In the thirty years since Ron Sider seared the conscience of evangelicals with the publication of Rich Christians in an Age of Hunger, evangelicalism in North America has lost whatever claim it had to being a counterculture. The Scandal of the Evangelical Conscience summons us, once again, to take the gospel seriously. For the good of society-and perhaps even for the sake of our souls-we had better take notice."--Randall Balmer, author, Growing Pains: Learning to Love My Father''s Faith"If you''ve ever wondered why today''s evangelicals lack the societal influence their numbers would seem to bestow, Ron Sider offers an answer in The Scandal of the Evangelical Conscience. Quibble with him here and there as we might, but until the evangelical church is willing to face into the biblical issues Sider raises, I fear we will continue to find our cultural saltiness leaching away."--Duane Litfin, president, Wheaton College "Every now and then, somebody needs to step on the toes of the body of Christ. Reading this book may make you wince, but the pain of self-examination is worth it. Take it to your pastor. To your small group. To your Sunday school teacher. Urge them to take up these serious challenges and wake the church to the demands of discipleship."--David Neff, editor & vice-president, Christianity Today"''Scandal'' is not too strong a word for the shortfall in holy living among us Evangelicals. Ron Sider has forcefully articulated what other Christian leaders have begun to identify as a "crisis"--a crisis of Christology--a crisis in how we see, seek, speak about and serve God''s Son for ALL that He is. While laying before us convincing evidences of the spiritual impotency and paralysis of our lives and churches, Sider also infuses us with great hope that, by a more consistent embrace of the lordship of Jesus, the evangelical movement can once again impact the world around us ''in a manner worthy of the Lord'' (Eph. 4:1)."--David Bryant, founder, PROCLAIM HOPE!, author, Christ Is All!: A Joyful Manifesto On The Supremacy Of God''s Son"When the behavior of members of a religious movement turns out to be little better, and sometimes worse, than that of its neighbors, leaders and members of that movement should take notice. They should ask some deep questions not only about that behavior, but also about the systems that produce or support it. Ron Sider has me asking those kinds of questions, thanks to his clear diagnosis and thoughtful prescription in The Scandal of the Evangelical Conscience."--Brian McLaren, pastor, author"Ron Sider''s greatest gift to the church is his willingness to tell us the hard, obvious truth about ourselves. This book is strong medicine--a diagnosis that will take your breath away, but also a prescription that could make the difference between life and death for biblical faith in America."--Andrew Crouch, former editor, Re:generation Quarterly"Written by a scholar who believes the biblical Gospel and loves the evangelical church, this book is a powerful protest against cheap grace and a call to faithful discipleship. Like Carl Henry''s Uneasy Conscience a half-century ago, may Ron Sider''s Scandal of the Evangelical Conscience nudge us out of our complacency."--Timothy George, dean, Beeson Divinity School of Samford Universit
-Publisher

Ronald J. Sider (PhD. (History): Yale University) is the president of Evangelicals for Social Action and professor of theology, holistic ministry, and public policy at Palmer Theological Seminary. He is the author of more than twenty-five books, including the well-received The Scandal of the Evangelical Conscience, Just Generosity, Why Are Christians Living Just Like the Rest of the World?; Good News and Good Works: A Theology for the Whole Gospeland the bestselling Rich Christians in an Age of Hunger.