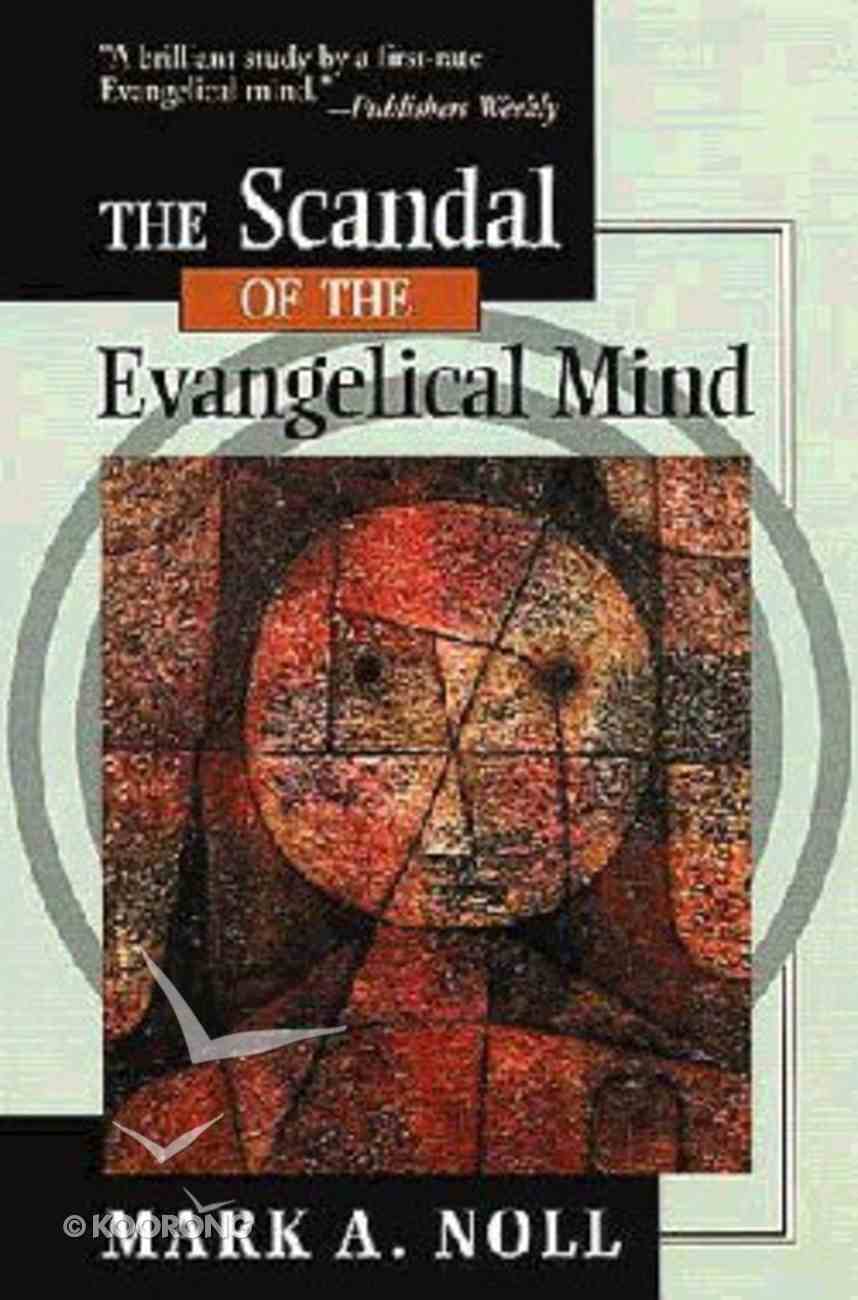 The Scandal of the Evangelical Mind

Mark NollNoll contends that evangelicals have in many important ways abandoned theirintellects, and that in the process, evangelicalism has also lost its soul. Heconcludes by outlining preliminary steps by which we can come to love God morethoroughly with our minds....

The Real Scandal of the Evangelical Mind
Carl Trueman
eBook

The God Who Acts in History: The Significance of Sinai
Craig G Bartholomew
Paperback

Mark NollNoll contends that evangelicals have in many important ways abandoned theirintellects, and that in the process, evangelicalism has also lost its soul. Heconcludes by outlining preliminary steps by which we can come to love God morethoroughly with our minds. 274 pages, from Eerdmans.

Mark Noll has written a major indictment of American evangelicalism. Reading this book, one wonders if the evangelical movement has pandered so much to American culture and tried to be so popular only to lose not only it's mind but it's soul as well. For evangelical pastors and parishoners alike, this is a must read! --Robert Wuthnow.
-Publisher

"The scandal of the evangelical mind, " says historian Mark Noll, "is that there is not much of an evangelical mind." This critical yet constructive book explains the decline of evangelical thought in North America and seeks to find, within evangelicalism itself, resources for turning the situation around. According to Noll, evangelical Protestants make up the largest single group of religious Americans; they also enjoy increasing wealth, status political influence, and educational achievement. Yet, despite its size and considerable intellectual potential, evangelical Protestantism makes only a slight contribution to first-order public discourse in North America: it neither sponsors a single research university, nor supports a single periodical devoted to in-depth interaction with modern culture, nor cultivates attitudes that treat the worlds of science, the arts, politics, and social analysis with the seriousness that God intends. The Scandal of the Evangelical Mind explains how this situation developed by tracing the history of evangelical thinking in America. Noll's analysis shows how Protestants successfully aligned themselves with national ideals and with the particular expressions of an American Enlightenment in the decades before the Civil War; explains how fundamentalists at the start of the twentieth century preserved essential elements of the faith, but only by grievously damaging the life of the mind; gives specific attention to evangelical thought on politics and science; and discusses what some have called an "evangelical intellectual renaissance" in recent decades and shows why it is more apparent than real. Written to encourage reform as well as to inform, this book endswith an outline of some preliminary steps by which evangelicals might yet come to love the Lord more thoroughly with the mind.
-Publisher

Mark A. Noll (Ph.D., Vanderbilt University) is Francis McAnaney Professor of History at the University of Notre Dame. He is a Fellow of the American Academy of Arts and Sciences. He is advisory editor for Books and Culture and subeditor for the new Religion in Geschichte und Gegenwart. Noll's main academic interests concern the interaction of Christianity and culture in eighteenth- and nineteenth-century Anglo-American societies.
He has published articles and reviews on a wide variety of subjects involving Christianity in modern history. Some of his many books include The Civil War as a Theological Crisis; Is the Reformation Over?; The Rise of Evangelicalism: The Age of Edwards, Whitefield and the Wesleys; The Old Religion in a New World and most recently The New Shape of World Christianity; Jesus Christ and the Life of the Mind and Clouds of Witnesses: Christian Voices from Africa and Asia.