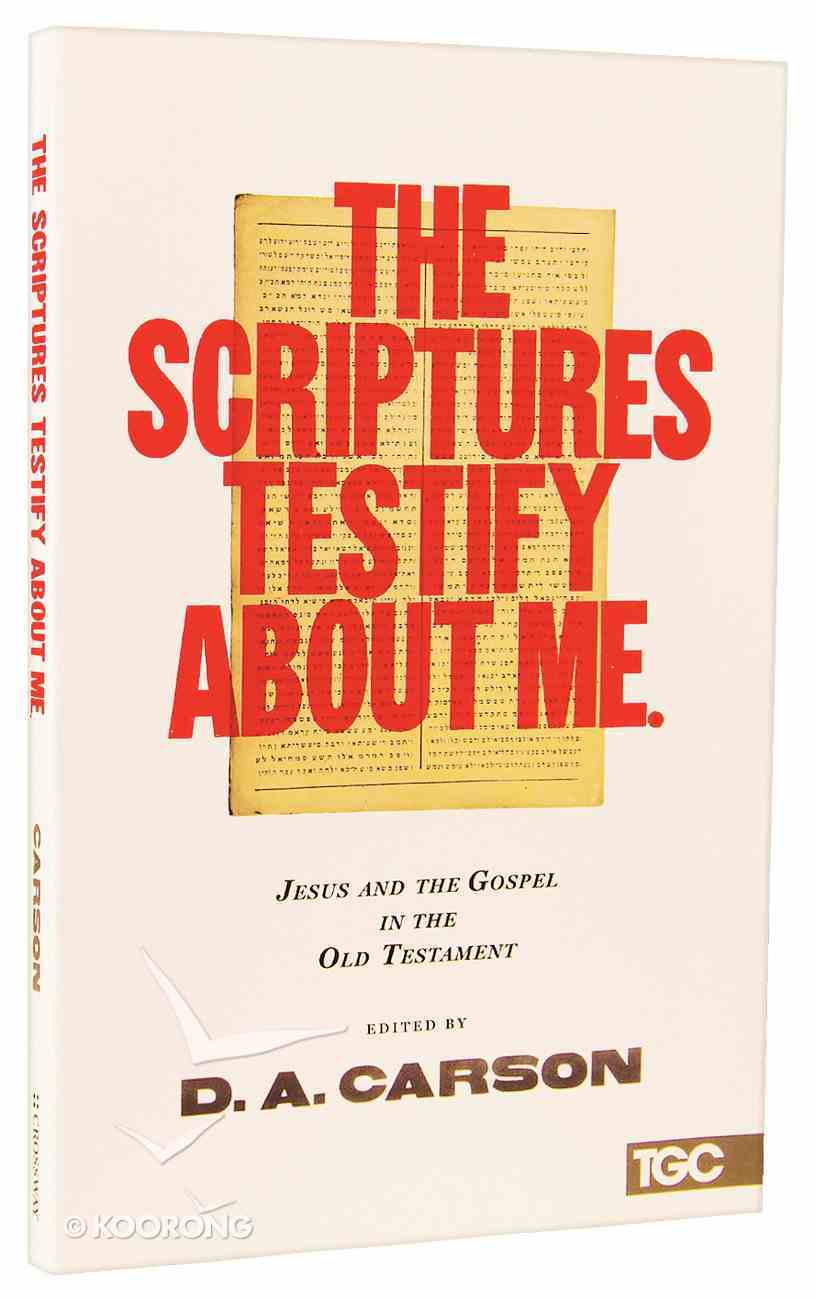 The Scriptures Testify About Me: Jesus and the Gospel in the Old Testament

The Bible's storyline is grand in its sweep, beautiful in its form, and unified in its message. However, many of us still struggle both to understand and to best communicate how the Old and New Testaments fit together, especially in...

Name Above All Names
Alistair Begg, Sinclair B Ferguson
eBook

A Sweet and Bitter Providence: Sex, Race, and the Sovereignty of God
John Piper
Hardback

The Bible's storyline is grand in its sweep, beautiful in its form, and unified in its message. However, many of us still struggle both to understand and to best communicate how the Old and New Testaments fit together, especially in relation to the person and work of Jesus Christ.


8 prominent evangelical pastors and scholars demonstrate what it looks like to preach Christ from the Old Testament in this collection of expositions of various Old Testament texts:

Al Mohler — Studying the Scriptures and Finding Jesus (John 5:31–47) Tim Keller — Getting Out (Exodus 14) Alistair Begg — From a Foreigner to King Jesus (Ruth) James MacDonald — When You Don’t Know What to Do (Psalm 25) Conrad Mbewe — The Righteous Branch (Jeremiah 23:1–8) Matt Chandler — Youth (Ecclesiastes 11:9–12:8) Mike Bullmore — God’s Great Heart of Love toward His Own (Zephaniah) D. A. Carson — Getting Excited about Melchizedek (Psalm 110)
From the experience of the Israelites during the exodus, to the cryptic words about Melchizedek in the Psalms, here are 8 helpful examples of successful approaches to preaching the gospel from the Old Testament by some of the most skilled expositors of our day.

James MacDonald is founding and senior pastor of Harvest Bible Chapel in Northwest Chicago, Illinois. He holds degrees from London Baptist Bible College (B.A.), Trinity Evangelical Divinity School (M.A.), and Phoenix Seminary (Doctor of Ministry). He has written many books inlcuding Lord, Change My Attitude...Before It's Too Late and Gripped by the Greatness of God. Pastor MacDonald's teaching can be heard on radio all across North America. He and his wife, Kathy, have three children and reside in the northwest suburbs of Chicago.

MIKE BULLMORE is senior pastor of CrossWay Community Church in Kenosha, Wisconsin. He previously served for 15 years as an associate professor of homiletics and pastoral theology at Trinity Evangelical Divinity School.

Matt Chandler is the lead pastor of The Village Church, a multi-campus church in the Dallas metroplex of over 10,000 people. His sermons are among the topselling (free) podcasts on itunes and he speaks at conferences worldwide. Prior to accepting the pastorate at The Village, Matt had a vibrant itinerant ministry for over ten years where he spoke to hundreds of thousands of people in America and abroad about the glory of God and beauty of Jesus. He lives in Texas with his wife, Lauren, and their three children: Audrey, Reid and Norah.