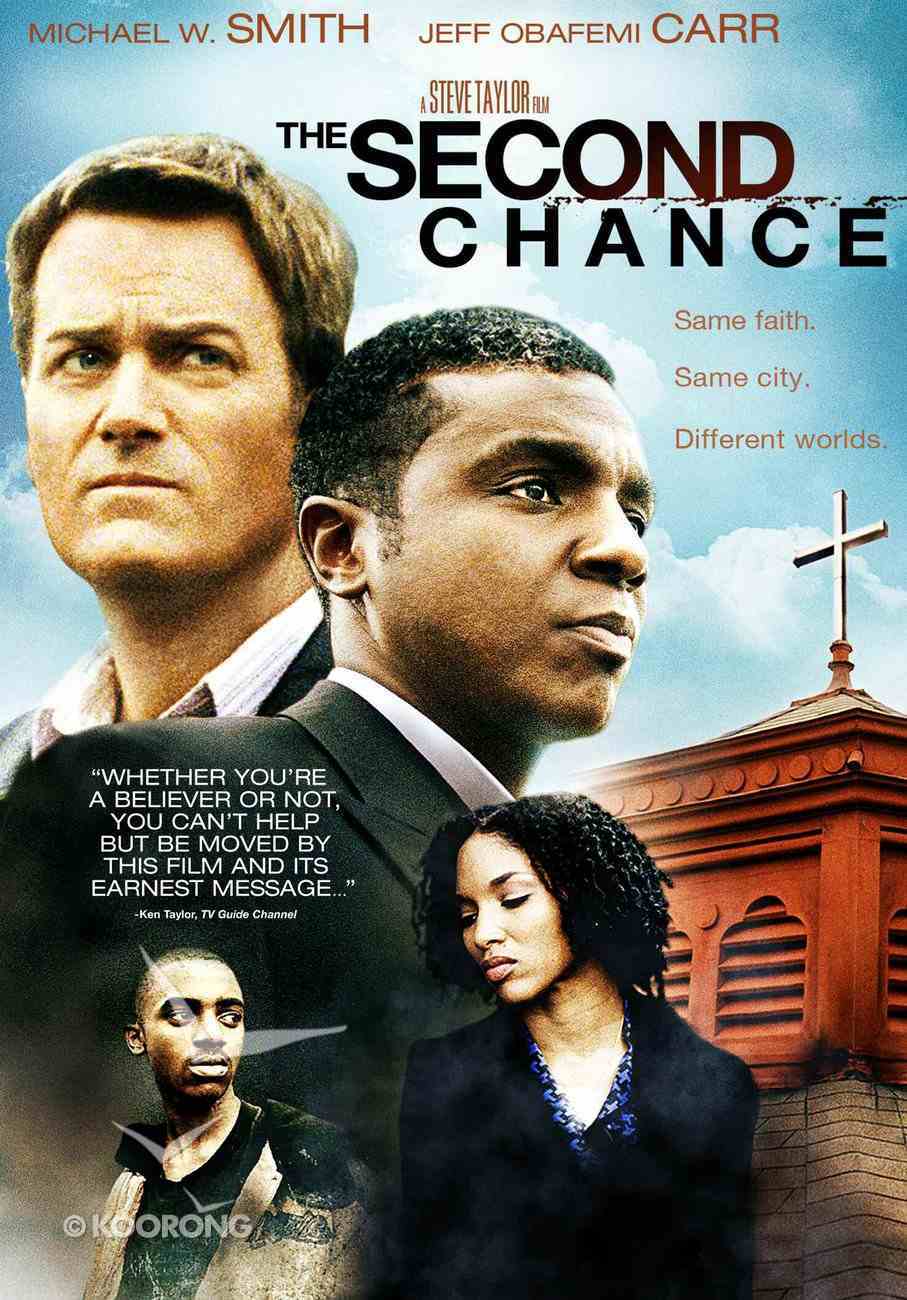 THE SECOND CHANCE is a film about two men - one from a white church in the well-to-do suburbs and one from a black church in the inner-city projects. Although founded by the same man, each church manifests its mission...

Beyond the Next Mountain
DVD

In the Arms of Angels
Vision Video
DVD

The Touch of the Master's Hand
DVD

THE SECOND CHANCE is a film about two men - one from a white church in the well-to-do suburbs and one from a black church in the inner-city projects. Although founded by the same man, each church manifests its mission in a very different way. This film authentically tells the story of how a rebellious son and a street-smart pastor struggle to bridge the gap between their respective churches and cultures. More importantly, at its core, THE SECOND CHANCE is about being willing to step outside your comfort zone and serve where you are called.

Jeremiah Jenkins (J. Don Ferguson) founded Second Chance Community Church amid the turbulence of the civil rights demonstrations in the sixties. He has since moved from the inner city to the suburbs where he founded The Rock, a now mega church where community service often takes the form of large donations to the collection plate. He continues to travel the world establishing new churches, but he's lost sight of the place where his journey as pastor began.

His son Ethan Jenkins (Award-winning performer Michael W. Smith in his first leading role in a feature film) recently left his wayward lifestyle as a West Coast musician to serve as associate pastor at The Rock. He's busy, affluent and caught up in the big business of a big church. His ministry is more about Sunday simulcasts than service to others. He's rocking the pulpit and the boat at The Rock, and the church board decides Ethan needs to take a little sabbatical, to Second Chance.

Jake Sanders (introducing Jeff Obafemi Carr) is the Pastor of Second Chance Church. He is street tough and a committed servant to his community. He works hard to keep his church together, and he resents the arrival of Ethan with his fancy car and his "cash can solve anything" attitude. Sparks fly from day one when Jake takes Ethan on a tour of the "hood," and the various situations they encounter lay bare Ethan's misconceptions and insecurities. He resented Jeremiah's decision to move to the suburbs, and now he resents being saddled with his son.

Over the next few weeks Ethan tries gamely to fit in at Second Chance, but even his best efforts end in frustration and failure. Forced to work side by side with Jake, he discovers there is no boundary between the streets and the sanctuary. When the youth pastor from Second Chance takes a beating so that a young man can leave a gang, it shakes Ethan to his core. He questions his own courage and the depth of his Christian convictions.

Jake and Ethan struggle to find common ground as they face street gangs, their own shortcomings, and those who would destroy the community church for political gain. Can the faith Ethan and Jake share overcome the prejudices that divide them to give themselves and a struggling urban church a second chance? PG-13
- Publisher.

Grammy Award-winning recording artist Michael W. Smith gives a passionate performance as a suburban pastor who is forced to confront his own prejudices in this powerful tale of faith, redemption, and finding common ground. ^^At the wealthy church, The Rock, Ethan Jenkins (Smith) brings parishioners to their feet with his electrifying music. But Ethan's unconventional ways upset the church elders, and as a result, they give him a new assignment: to work for The Rock's sister church in the city's poorest neighborhood. Joining forces with a brash, street-smart minister (Jeff Obafemi Carr), Ethan's faith and loyalties are put to the ultimate test to overcome differences and restore hope in an area desperate for change.^
-Publisher

The Passion of the Christ
Mel Gibson
DVD

Wwjd: What Would Jesus Do 3-Movie Collection
DVD