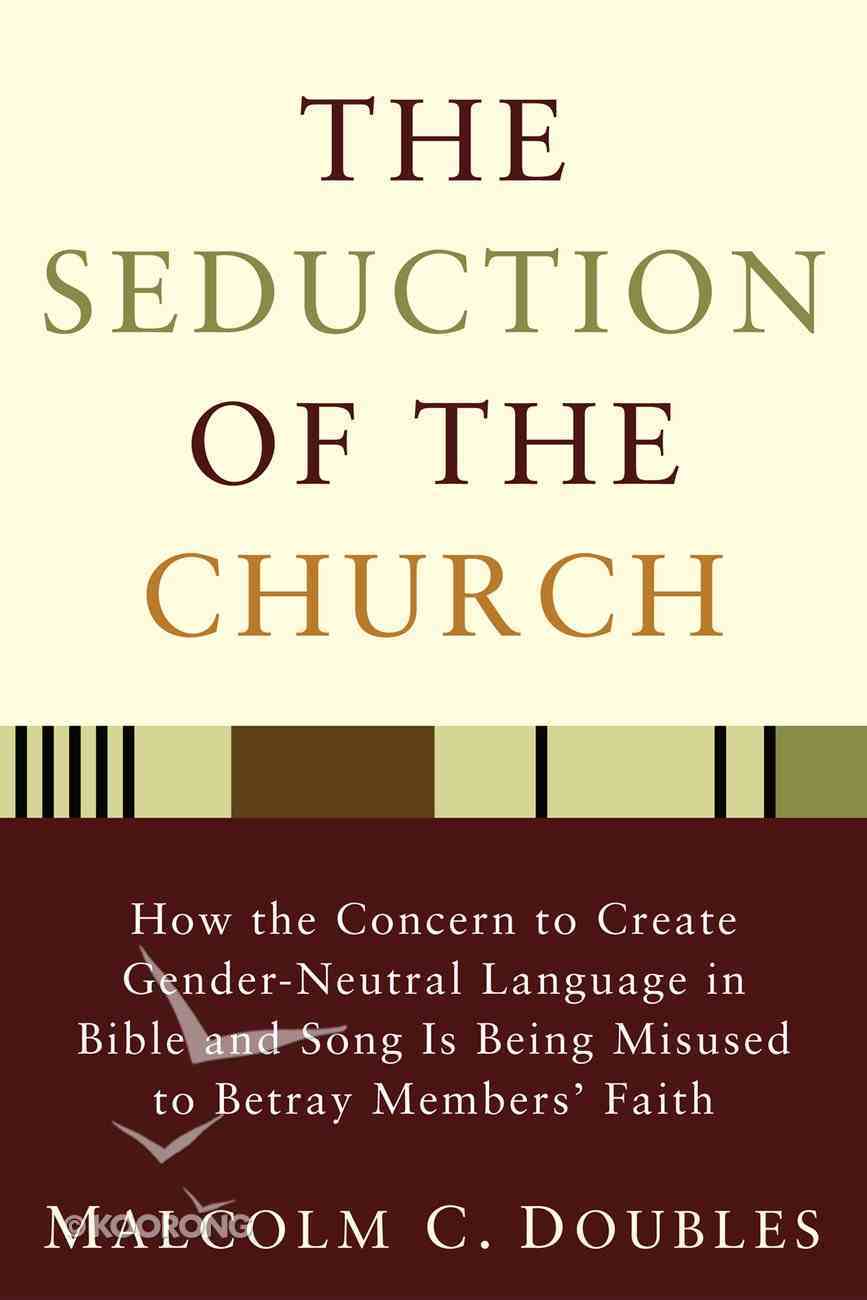 The Seduction of the Church

The importance of the use of gender-inclusive language in today's world is generally accepted, especially in the religious domain. In The Seduction of the Church, Doubles demonstrates, in a popular treatment free of technical jargon, how this important activity is...

For the Body: Recovering a Theology of Gender, Sexuality, and the Human Body
Timothy C Tennent
Hardback

Equal: What the Bible Says About Women, Men, and Authority
Katia Adams
Paperback

The importance of the use of gender-inclusive language in today's world is generally accepted, especially in the religious domain. In The Seduction of the Church, Doubles demonstrates, in a popular treatment free of technical jargon, how this important activity is being misused to redefine the Christian faith. He does this by an examination of several modern versions of the Bible, especially the New Revised Standard Version, as well as of some of the most popular hymns as they appear in the latest hymnals of the Baptist, Episcopalian, Lutheran, Methodist, Presbyterian, and UCC churches. His argument is presented in thirteen chapters, five being devoted to the examination of gender-inclusive changes of so-called "patriarchal language" in scripture and six to these and other issues in some of the hymns.With a host of examples to illustrate his points, he argues that the legitimate concern about gender-inclusive language is being prostituted to: (1) remove personal terminology from theological discourse about the Divine, (2) eliminate the understanding of sin as a serious concern for contemporary humanity, (3) change the definition of the church from a body elected by God to a group who elect God as worthy of honor, and (4) alter the view of Jesus from Savior to great teacher, nothing more than the pre-eminent model of human behavior. Doubles declares these and other changes he discusses to be a betrayal of the faith of church members, to a great extent being perpetrated quite innocently by those in leadership positions with their careless use of gender-neutral language that is often naive, tortured, and artificial. He suggests that this may well be one of the important causes for the changing demographics of American society, as frustrated members feel forced to seek spiritual sustenance elsewhere than in their former churches.
-Publisher