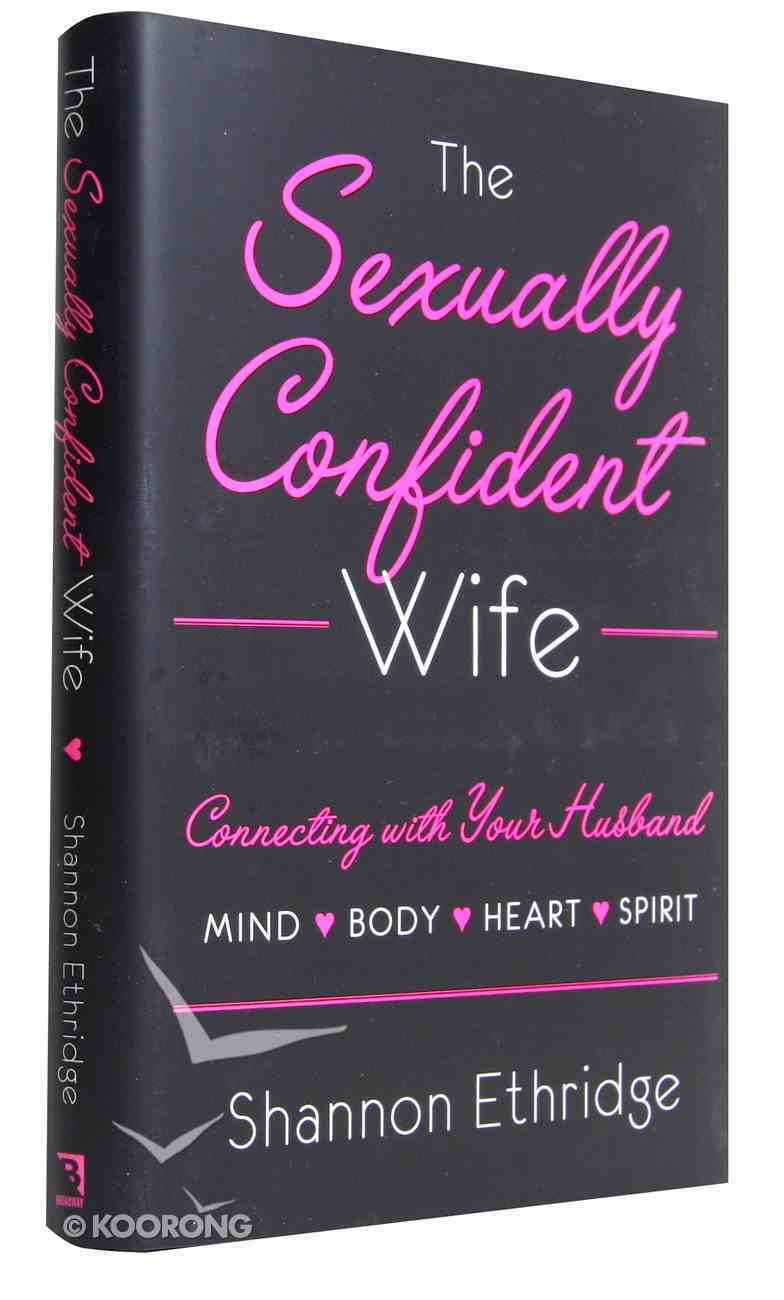 Maximize the sexual and emotional potential in your marriage With down-to-earth wisdom based on the experiences of the thousands of women she's counseled, Shannon Ethridge-author of the million-plus-selling "Every Woman's Battle" series-shows women how to create the healthy, exhilarating sex...

25 Questions You're Afraid to Ask About Love, Sex, and Intimacy
Julianna Slattery
eBook

Maximize the sexual and emotional potential in your marriage With down-to-earth wisdom based on the experiences of the thousands of women she's counseled, Shannon Ethridge-author of the million-plus-selling "Every Woman's Battle" series-shows women how to create the healthy, exhilarating sex lives they (and their husbands) desire. ^Every woman deserves to enjoy great sex with her husband, without inhibition or shame. But many wives live with the burden of self-doubt or feel mystified about what men really want in bed. Others wrestle with memories of sexual abuse or neglect, guilt over past intimate relationships, or negative feelings about their own bodies. Maybe you've been thinking you were alone in your struggle to discover sexual fulfillment. Think again: ^only 8 percent of married women consider their sex life "very hot"^21 percent call their sex life "routine and boring"^Another 21 percent ask, "What sex life?" ^These sorry statistics don't have to be your case, a
-Publisher

Shannon Ethridge is the best-selling author of "Every Woman's Battle" and coauthor of "Every Young Woman's Battle," as well as a wife, mother, speaker, and lay counselor." Previously a youth pastor and abstinence educator, Shannon has a master's degree in counseling/human relations from Liberty University and she speaks regularly on the Teen Mania Ministries campus and in a variety of other church and college settings. Shannon lives in east Texas with her husband, Greg, and their two children, Erin and Matthew.

1
Where Did Our Confidence Go?
At one time, I was perhaps one of the most sexually confident women on the planet. I loved my body. I was willing to share it freely. I enjoyed sex.
What changed? I got married. And it took me longer than a decade (along with months of counseling) to return to the place where I loved my body, shared it freely, and enjoyed sex once again.
Some of you know what I'm talking about. As single women, sex was often a game that we liked to play, and some of us were very skilled at it. I've got it. You want it. But the price of admission into my private playground is a big dose of attention and affection. Make me feel really good about myself, and I'll make you feel really good in exchange. But now that we're sleeping next to the same man night after night, month after month, year after year, the challenge has worn off. The payoff is no longer clear. Hubby isn't wooing and pursuing us like he used to, so our motivation wanes. Sex feels more like an obligation than a mutual thrill.
And maybe that mental list of previous sexual partners has begun to haunt you. You calculate all of the sexual favors you paid out in hopes of earning emotional interest, but now you feel sexually bankrupt. How could I have just given my body away like that? And how could my husband possibly love me and want to be with me after all I've done? you may wonder.
Or perhaps you weren't skilled at all when you came into marriage. You assumed your husband was going to teach you everything you needed to know about sex, or that you'd figure it out together. Now that he's so masterfully taught you that the round peg goes in the round hole for approximately 2.8 minutes, you're left wondering, Is this all there is? Disappointed and disillusioned, you've come to see sex as something you're expected to just dish out like a scoop of ice cream whenever he gets hungry, which makes you want to close the ice cream shop altogether most days.
Or maybe your sexual confidence has been robbed because while you've been dishing it out, he's been salivating over other flavors. You notice him glance up and down another woman's body as she walks by. You know where he keeps his pornography stash. You've gone to his most recent websites to see what he's been looking at on his laptop. You catch him masturbating alone, most likely fantasizing about any woman except you.
Perhaps you, like millions of other ladies, have lost your sexual confidence as a result of past sexual abuse. Rather than associating sex with passion and pleasure, you've associated it with pain and degradation. You know in your head that it's not your husband's fault that you were abused, but you've insulated yourself from further pain with walls of anger, resentment, and fear of intimacy. You can't imagine how you'll ever get over what's been done to you in the past.
Maybe you simply do not feel beautiful, especially when you compare your postpartum body (complete with stretch-marked hips, flabby tummy, and saggy boobs) to the airbrushed magazine models. Excess food becomes your drug of choice to medicate your emotional pain. Your husband asks why you're eating turtle cheesecake if you already feel fat. You inhale a second piece just to spite him, and think, No sex for you again tonight, pal!
Or perhaps children clinging to your ankles all day prevent you from mustering enough energy to enjoy sex much anymore. Your idea of a blissfully indulgent evening is ordering takeout, throwing the paper plates away after dinner, and heading straight for bed at eight p.m. without having to tuck anyone in or take care of anyone else's needs.
Oh, the many issues that we let rob us of our sexual confidence! No wonder more and more married people are claiming to be sexually frustrated. No wonder there are so many sexless marriages today. In 2005, Family Circle magazine published the results of a national survey in which they asked married women to reveal their innermost desires, needs, regrets, and joys. Consider these results and what they say about the quality of couples' relationships:


Sound familiar? Maybe you've been thinking you were alone in your struggle to discover sexual fulfillment. Think again_._._.


Although many women have lost (or never found) their sexual groove in marriage, it doesn't mean they are sexually dead. We get married, not buried. If your husband isn't floating your sexual boat, you may be thinking about what it would be like to sail on other oceans. According to the aforementioned Family Circle survey_._._.


If you ask me, these statistics merely indicate the number of women who are willing to admit their issues to researchers. I think the number of women who actually engage in these extramarital games and struggle with finding genuine sexual fulfillment within their marriage is much higher. What gives me this impression? The multitude of e-mails I receive every day from women lamenting their lack of sexual confidence. For example:


I'm not going to give you a scale by which you can give yourself a "grade," because it's not about how our numbers average out. It's about celebrating our strengths and being willing to work on our weaknesses. Just glance back over your numbers and you'll recognize the areas in which you have the most confidence and which areas need improvement.
Beyond Competence to Confidence
Most women are sexually competent. They know what to do in the bedroom to bring their husband to climax. But I want more than that for you. I want you to be sexually confident. Sexual confidence isn't just for the supermodel or porn star. It is the birthright of every woman, and the deep desire of every husband for his wife. It's also a valuable legacy that we pass down to our own daughters and granddaughters as they are seeking to understand, embrace, and celebrate their own sexuality within marriage.
However, issues such as extreme body inhibition, shame from past sexual abuse, guilt over premarital sexual activity, fear of intimacy, or lack of knowledge about male and female sexuality are just some of the many hurdles that hold us back in the bedroom.
If you could overcome all of the hurdles holding you back, could you become a sexually confident wife? Absolutely! If that is your desire, let's figure out how to overcome these hurdles and get on the right track toward sexual confidence.
As I wrote this book, the same question was posed by several well-intentioned, marketing-minded friends: "Why don't you call it The Sexually Confident Woman instead of The Sexually Confident Wife?" While I appreciated their encouragement to reach a larger audience, the suggestion simply didn't sit right with me.
I'm not so sure that a single woman struggles nearly as much with sexual confidence as married women do. Marriage is intended to be a rich, rewarding relationship that provides a unique bond between a husband and wife, and a lifelong commitment is potentially the greatest source of comfort and strength one could experience in a lifetime. But marriage requires hard work, and the sexual aspect of the relationship is no different. When things become difficult in the bedroom, it can be a real temptation for a wife to withdraw both physically and emotionally rather than putting forth the effort to keep things fresh and exciting.
On the other hand, it's not hard for a single woman to keep sex fresh and new when her relationship is fresh and new. She is often wined, dined, and romanced. But the more typical scenario for the married woman is an evening meal of leftovers from the fridge, followed by dinner dishes, writing out bills and balancing the checkbook, helping kids with homework, baths, and bedtime stories, and switching a load of laundry so everyone will have clean clothes to wear the next day. She may crawl into bed exhausted, wondering, Does he even recognize all I do around here?_._._._Does he understand how much I long to feel appreciated and affirmed?_._._._Will he understand if I'm simply not in the mood tonight?_._._._Does he still think I'm beautiful even with these stretch marks and post-pregnancy pounds?_._._._Does he still love me after all these years?
When a single woman seduces her man, she's a rock star in his eyes. But the married woman can feel more like a falling star. After a decade or three of marriage, she may find it difficult to come up with any technique or position they haven't already tried hundreds of times. She may even feel a deep sense of rebellion rising up to declare, "I don't even like sex anymore!" Or worse, she may be sexually interested, only to have her husband lose interest in her. Ouch!
I'd even go so far as to say that a single man and woman aren't even having real sex. They're having "best foot forward" sex (or whatever body part you want to use to describe it). They're showing each other only their good side, then retreating to the safety of their singleness. In marriage, however, there's no retreating. Living in close quarters all these years, we see not just the good but also the bad and the ugly, both in our husbands and in ourselves. We have to learn to arouse and be aroused by each other from day to day, month after month, year after year, in spite of those little idiosyncrasies that can drive us crazy at times.
Indeed, sexual confidence can be a great challenge for a married woman, but I believe this book is going to help you on many different levels-emotionally, mentally, physically, and spiritually. Rather than feeling as if sexual confidence is unrealistically required of you as a wife, I hope this book will truly inspire it in you.
And if you'd like to inspire other wives with your story, visit our blog page at www.sexuallyconfidentwife.com. ¥