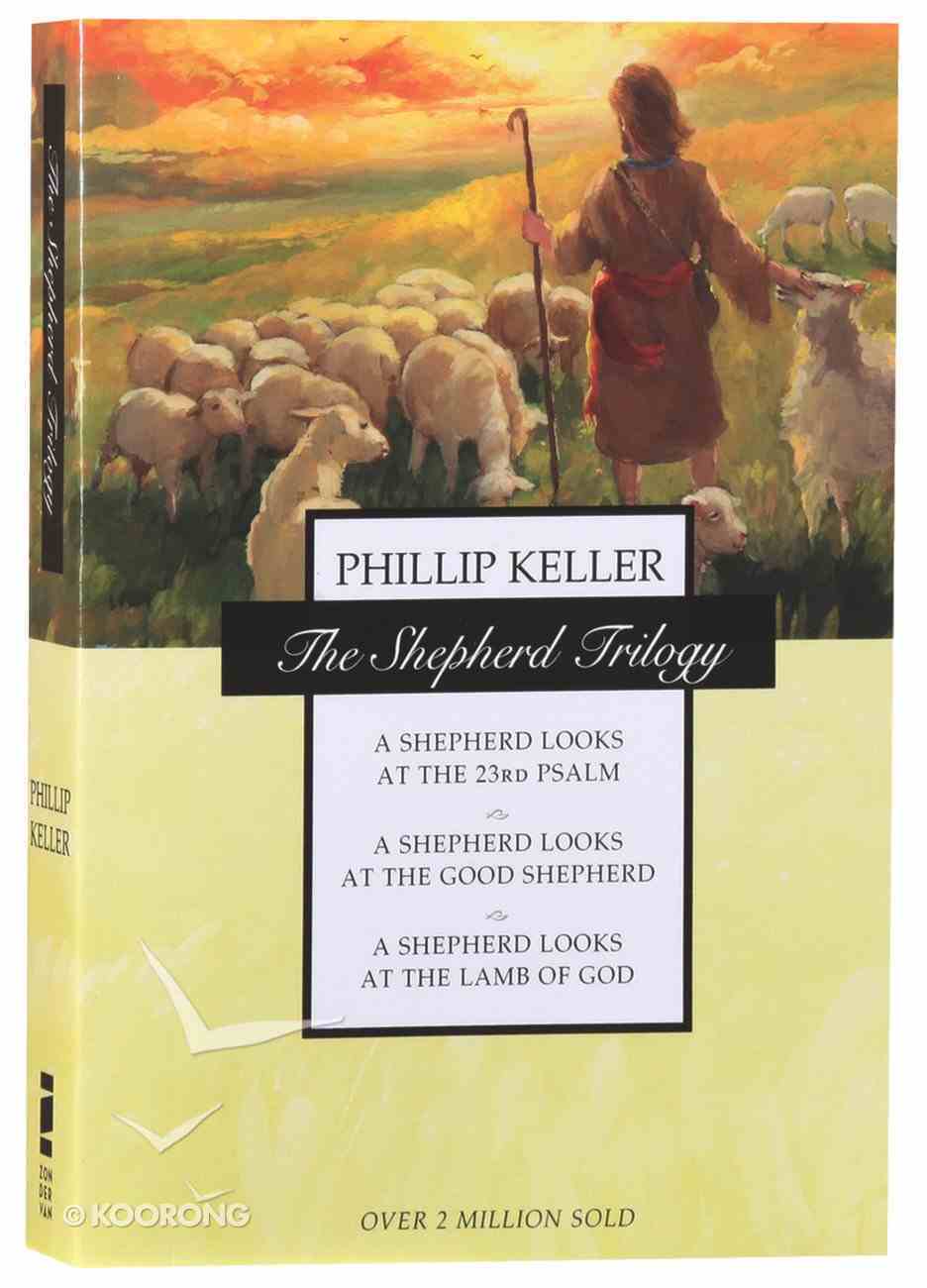 The Shepherd Trilogy (3 Vols In 1)

The late W. Phillip Keller was born in East Africa and always loved the out-of-doors. He was trained in agronomy and subsequently spent many years on ranches in British Columbia. He lived among and observed sheep and their relationship to the shepherd. Out of this rich, practical experience, came the best-selling book from which this book was excerpted.
-Publisher

This omnibus edition brings together Phillip Keller's three devotional classics, A Shepherd Looks and the 23rd Psalm, A Shepherd Looks at the Good Shepherd, and A Shepherd Looks at the Lamb of God. As a shepherd, Phillip Keller knew what it was to protect a vulnerable flock on a daily basis. The special skills of a shepherd demanded compassion, care, and guidance. His practical experience provides a wellspring of profound spiritual insight, reflected in these timeless meditations on the most famous psalm of all, on the relationship between the Good Shepherd and his sheep, and on the sacrificial role of Christ the Lamb of God.
-Publisher

One of the premier devotional writers of our time, the late W. Phillip Keller is the author of more than 40 books including "A Shepherd Looks at Psalm 23." Born in Kenya, the author studied in Canada to be an agrologist. He was also a photographer, field naturalist, conservationist, and lay minist