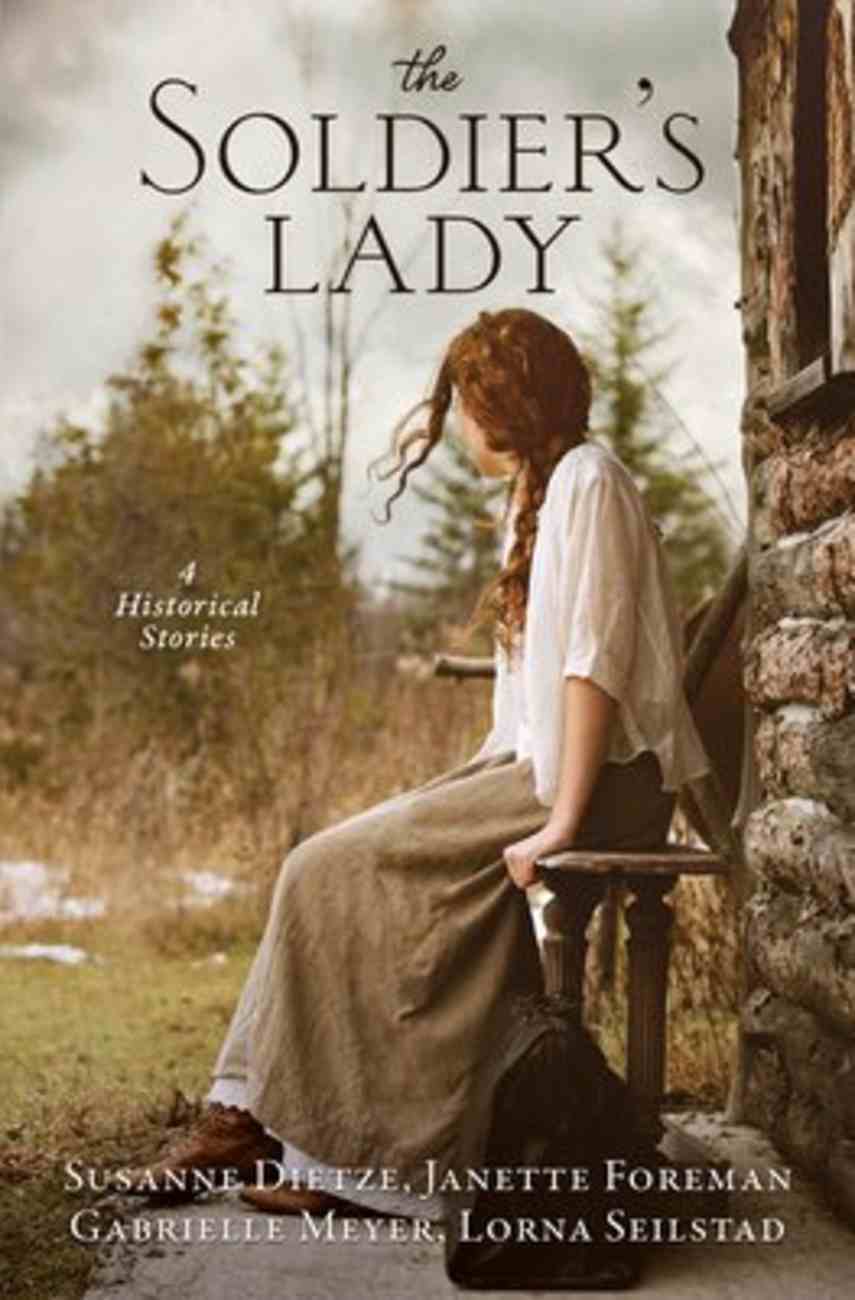 The Lady and the Lawman: 4 Historical Stories of Lawmen and the Ladies Who Love Them
Vickie McDonough, Kathleen Y'Barbo, Crystal L Barnes, Annette O'Hare
Paperback

The Colonel's Daughter by Gabrielle Meyer
Minnesota, 1828-Fort Snelling
Major Nathaniel Ward is tasked with guarding his commanding officer's daughter, Ally Benson, from the amorous soldiers at Fort Snelling, but he finds the hardest person to keep in line is himself.

Frontier of Her Heart by Susanne Dietze
California, 1854-Fort Humboldt
All is fair in love and war, but the contest of wills between fort cook Emily Sweet and Assistant Surgeon Boyd Braxton is all about pride, not romance. . .until they must work together to stop an epidemic.

Save the Last Word for Me by Lorna Seilstad
Kansas, 1864-Fort Riley
Determined schoolteacher Adelina Dante believes every man, woman, and child deserves the chance to read and write, but when she approaches Colonel Isaac Scott about why he should allow his illiterate soldiers to attend special classes, she's the one who gets educated in matters of the heart.

:
Join four adventurous women making their homes at Old West forts. Ally at Fort Snelling in 1828. Emily at Fort Humboldt in 1854. Adelina at Fort Riley in 1864. Annie at Fort Garland in 1879. Faced with daily challenges-and stubborn men-they bring civility to the frontier.

Anbsp;former English teacher, turned stay-at-home mom,nbsp;I'mnbsp;passionate about God-centerednbsp;romances. I'm a proud member of American Christian Fiction Writers (ACFW), ACFW Dakotas chapter secretary, and am represented by Tamela Hancock Murray at the Steve Laube Agency. I love to read, quilt, make cloth dolls, and draw. I make my home in the northern Midwest with my amazing husband, polydactyl cat, bird-hunting dog, and the most adorable baby twin boys on the planet.