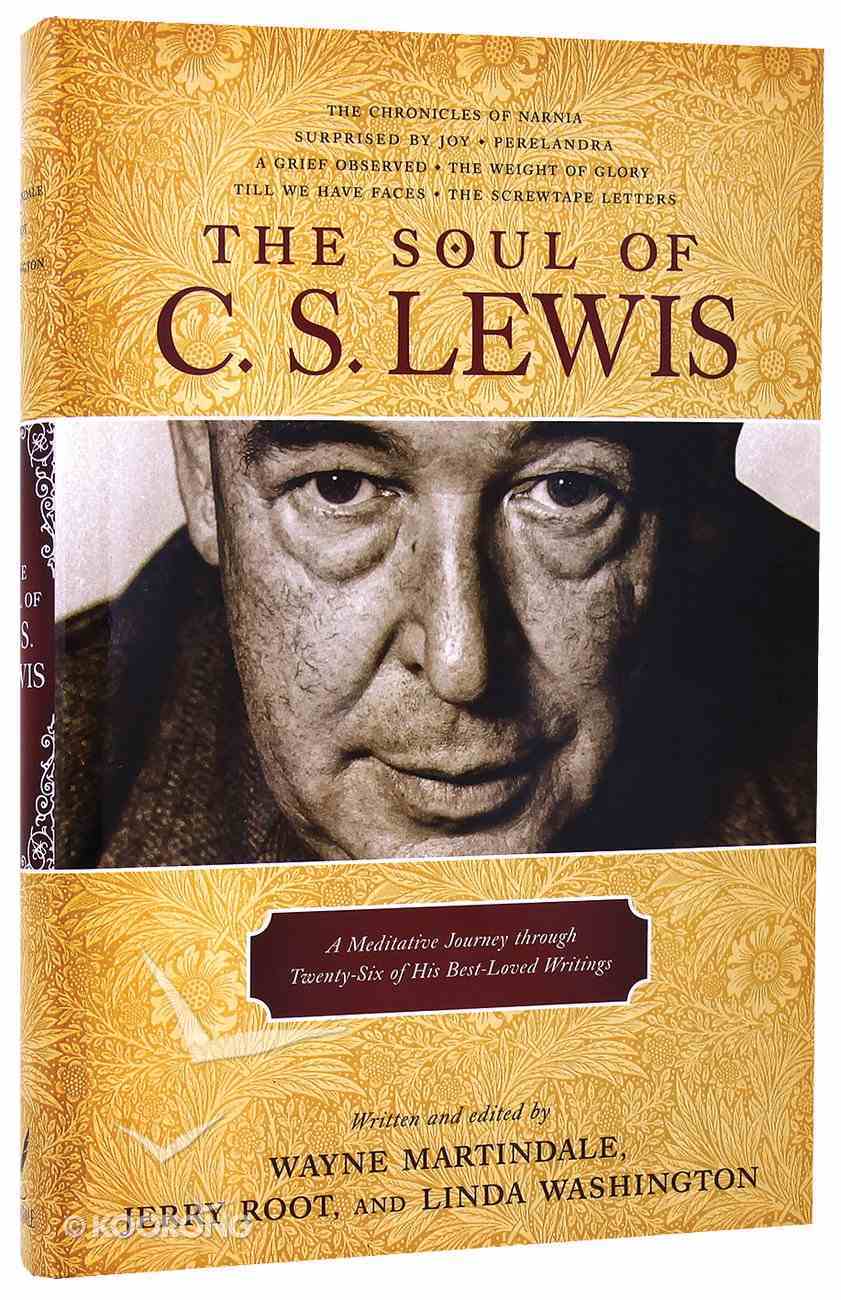 The Soul of C S Lewis

Drawing inspiration from Lewis's fiction and nonfiction, The Soul of C. S. Lewis is a devotional-style book that encourages reflection and thought. It includes 240 meditations designed for the reader's personal growth. ^C. S. Lewis opened up more...

Drawing inspiration from Lewis's fiction and nonfiction, The Soul of C. S. Lewis is a devotional-style book that encourages reflection and thought. It includes 240 meditations designed for the reader's personal growth.


^C. S. Lewis opened up more than just wardrobe doors - he opened the doors to human experience, new worlds of ideas, and imaginative discoveries. His honest observations about life highlight the interconnectedness of Scripture to real life and encourage a worldview that is integrated and harmonized.^


He has edited and contributed to books on Lewis such as Beyond the Shadowlands: C.S. Lewis on Heaven and Hell (Crossway Books, 2005); A Family Guide to Narnia: Biblical Truths in C.S. Lewis's The Chronicles of Narnia (with Christin Ditchfield); Journey to the Celestial City: Glimpses of Heaven from Great Literary Classics (Moody) and is co-editor of The Quotable Lewis and The Soul of C. S. Lewis with Jerry Root and Linda Washington. Dr Martindale spends much of his time lecturing in China through the Wheaton-in-Asia program where he teaches a quad course on Asian Literature (autobiography).

Linda Washington has authored and coauthored more than 20 successful books, including Promise Kids on the Promise Path; Celebrate Jesus: Come Hear the Best News Ever; Find a Friend in Jesus; Gotta Have God; God and Me; 4,000 Bible Questions, Answers, Puzzles, and Facts; and Jamall's City Garden. Her series A Piece of My Mind is for girls ages 8–12 and is designed so that each book can serve as an every-other-day devotional.


Linda received her B.A. in English from Northwestern University and held positions as an editor for the American Bar Association, Cook Communications Ministries, and Ligature Creative Studios. She is currently pursuing an active career as a Christian author and curriculum writer. Linda has also written several magazine articles, puzzles, games, and short stories.

Jerry Root (Ph.D., British Open University, Oxford Centre for Mission Studies) has taught college and graduate courses on Lewis every year since 1980 as well as lecturing on Lewis throughout America and many other countries. He is a co–editor of The Quotable C. S. Lewis and also the author of C. S. Lewis and a Problem of Evil: An Investigation of a Pervasive Theme. He teaches at Wheaton College in Illinois and at Biola University in Southern California.