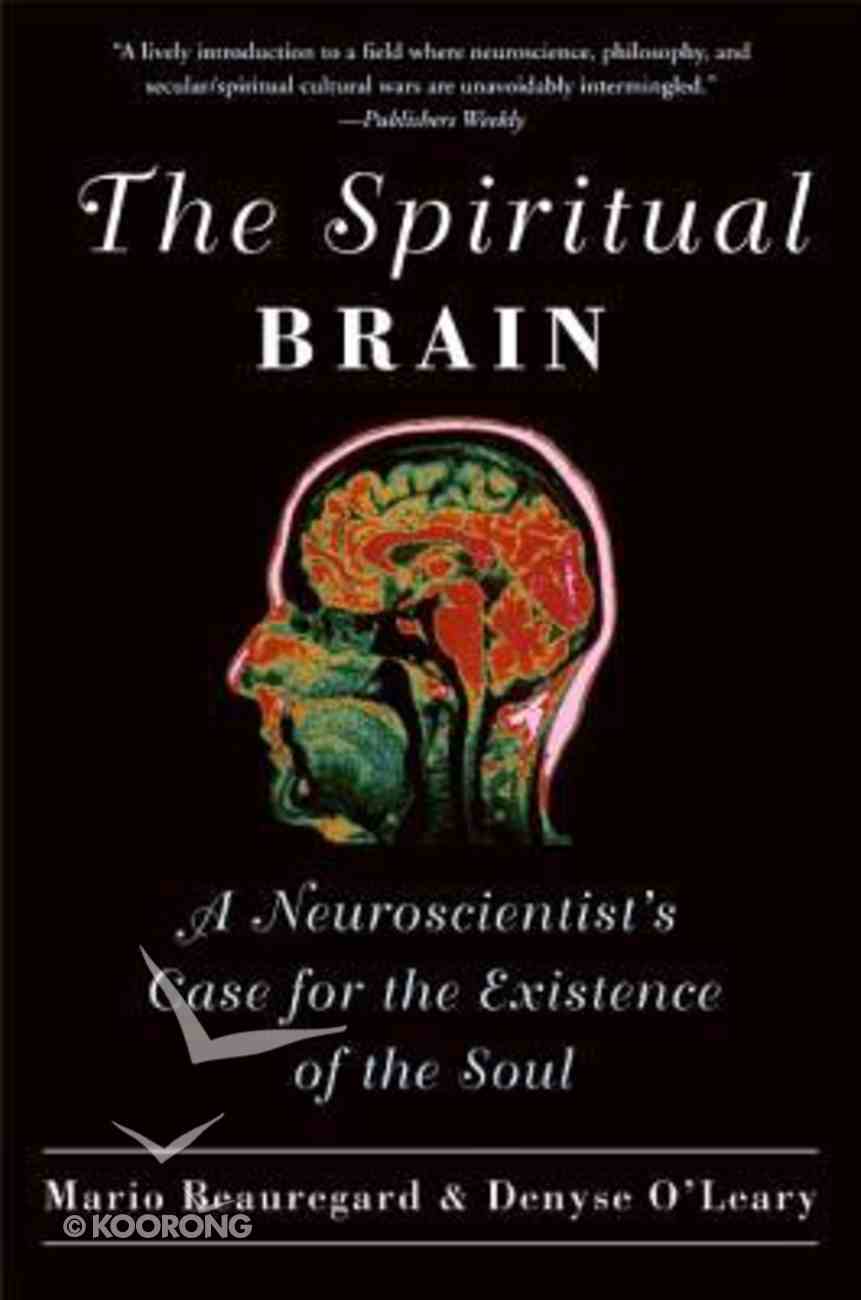 Drawing on his own research along with others' work in neuroscience as well as some provocative new research in NDE (near-death experiences), Beauregard proves that genuine spiritual experiences can be documented and they generally have life-changing effects. The Spiritual Brain...

Your Brain is Always Listening: Tame the Hidden Dragons That Control Your Happiness, Habits, and Hang-Ups
Daniel Amen
Paperback

Switch on Your Brain: The Key to Peak Happiness, Thinking, and Health
Caroline Leaf
eBook

The Rewired Brain: Free Yourself of Negative Behaviors and Release Your Best Self
Ski Chilton, Margaret Rukstalis, A J Gregory
Paperback

Am I Just My Brain?
Sharon Dirckx
Paperback

Drawing on his own research along with others' work in neuroscience as well as some provocative new research in NDE (near-death experiences), Beauregard proves that genuine spiritual experiences can be documented and they generally have life-changing effects. The Spiritual Brain explains how such experiences work and the difference they make in the lives of the individual, powerfully arguing for what many in science are loathe to consider--that it is God that creates religious experiences, not the brain. Most neuroscientists are committed to the view that mystical experiences are simply the result of random neurons firing, or as one scientist puts it, they are merely "delusions created by the brain." But Beauregard uses the most sophisticated technology to peer inside the brains of Carmelite nuns as they recall their most profound spiritual experience which they call unio mystico, the experience of oneness with God.
-Publisher

Do religious experiences come from God, or are they merely the random firing of neurons in the brain? Drawing on his own research with Carmelite nuns, neuroscientist Mario Beauregard shows that genuine, life-changing spiritual events can be documented. He offers compelling evidence that religious experiences have a nonmaterial origin, making a convincing case for what many in scientific fields are loath to consider-that it is God who creates our spiritual experiences, not the brain.


Beauregard and O'Leary explore recent attempts to locate a "God gene" in some of us and claims that our brains are "hardwired" for religion-even the strange case of one neuroscientist who allegedly invented an electromagnetic "God helmet" that could produce a mystical experience in anyone who wore it. The authors argue that these attempts are misguided and narrow-minded, because they reduce spiritual experiences to material phenomena.


Many scientists ignore hard evidence that challenges their materialistic prejudice, clinging to the limited view that our experiences are explainable only by material causes, in the obstinate conviction that the physical world is the only reality. But scientific materialism is at a loss to explain irrefutable accounts of mind over matter, of intuition, willpower, and leaps of faith, of the "placebo effect" in medicine, of near-death experiences on the operating table, and of psychic premonitions of a loved one in crisis, to say nothing of the occasional sense of oneness with nature and mystical experiences in meditation or prayer. Traditional science explains away these and other occurrences as delusions or misunderstandings, but by exploring the latest neurological research on phenomena such as these, The Spiritual Brain gets to their real source.

Mario Beauregard, Ph.D., is associate research professor at the Departments of Psychology and Radiology and the Neuroscience Research Center at the University of Montreal. He is the coauthor of "The Spiritual Brain" and more than one hundred publications in neuroscience, psychology, and psychiatry.

Denyse O'Leary, born in Saskatchewan (1950), is a Toronto-based Canadian journalist and blogger who is the author of two award-winning books, Faith@Science (Winnipeg: J. Gordon Shillingford, 2001) and By Design or by Chance? (Minneapolis: Augsburg 2004, an overview of the intelligent design controversy). She is co-author of Montreal neuroscientist Mario Beauregard, on The Spiritual Brain: A neuroscientist's case for the existence of the soul (Harper: 2007). She went into freelance journalism shortly after leaving university, having completed a four-year degree in Honors English Language and Li