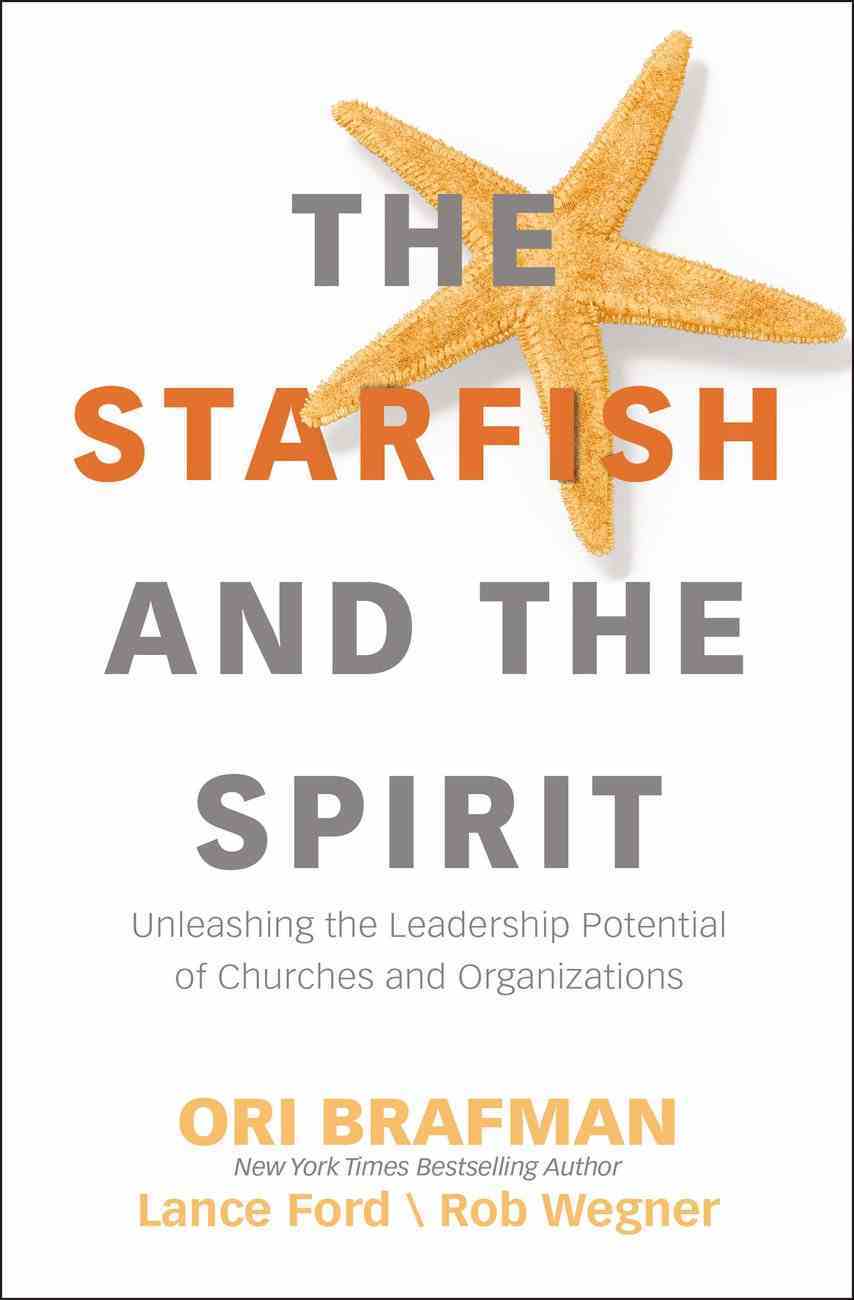 The Starfish and the Spirit: Unleashing the Leadership Potential of Churches and Organizations

: Leveraging the metaphor Ori popularized in his NYT best-selling book, The Starfish and the Spider , Ori Brafman shows why the distributed structures of starfish organizations are uniquely fit to the church. They can function without a rigid central...

Gospel-Driven Ministry: An Introduction to the Calling and Work of a Pastor
Jared C Wilson
Hardback

:
Leveraging the metaphor Ori popularized in his NYT best-selling book, The Starfish and the Spider, Ori Brafman shows why the distributed structures of starfish organizations are uniquely fit to the church. They can function without a rigid central authority, and their regenerative abilities make them nimbler in reacting to external forces. Seeding starfish networks inside todays churches will prepare the church of tomorrow to be agile while still maintaining the necessary accountability to be effective.


Rather than advocating the adoption of a starfish structure in place of the hierarchy of the spider, Brafman, along with pastors Lance Ford and Rob Wegner, emphasize the advantages of adapting the structure and order inherent in a spider organization toward a hybrid model--either a Spiderfish approach (leaning toward centralization) or a Starder approach (leaning toward decentralization).


The Starfish and the Spirit is about creating a culture where church leaders view themselves as curators of a community on mission, not the source of certainty for every question and project. It is about creating a team of humble leaders "in the middle" of the church, not at the top--leaders who naturally reproduce multiple generations of leaders, from the middle out on mission. Imagine a church led by a team whose gifts and talents are completely unleashed, enabling everyone to show up and step up with all they really are. The joy and vigor coming from the collective strength, intelligence, and skill in the community of leaders not only brings greater potency but better yields for your ministry as well. What would it be like to see this kind of healthy leadership reproduced into the second, third, and fourth generation, on multiple strands?

Ori Brafman is a New York Times and Wall Street Journal bestselling author. Born in Israel, and raised in El Paso, Texas, he has been an entrepreneur most of his life in business, government, and the nonprofit sector. While in college, he co-founded Vegan Action, which helped bring vegan foods into college dining halls and now has a network of over thirty-six national and international chapters. He was also co-founder of Courtroom Connect, a courtroom technology company, and in 2001, he co-founded Global Peace Networks, a network of over 1000 CEOs working on peace and economic development projects. Brafman has a B.A. in peace and conflict studies from UC Berkeley and an M.B.A. from Stanford University. He is considered an organizational expert and specializes in new ways of looking at business. His first book, The Starfish and the Spider (2006), was translated into 5 languages. Brafman has appeared on ABC, National Public Radio, Wall Street Journal/MarketWatch video, and CSPAN, and has had speaking engagements at Microsoft, Amazon, Stanford Business School, Harvard Business School, and other organizations.

Lance Ford is the cofounder and director of Shapevine.com, and the former director of the Northwood Church Multiplication Center. With more than 20 years of experience as a pastor and church planter, Lance is a writer, coach, consultant, and an adjunct professor. Ford and his wife live in Kansas City, Missouri.

Rob Wegner is a member of the Senior Management Team of Granger Community Church in Granger, Indiana. One of the founding members of the church, he now serves as Pastor of Life Mission, calling the people of God to get out of their seat and into the Story.

Never Trust a Leader Without a Limp: The Wit and Wisdom of John Wimber, Founder of the Vineyard Church Movement
Thomas Nelson Publishing
Paperback