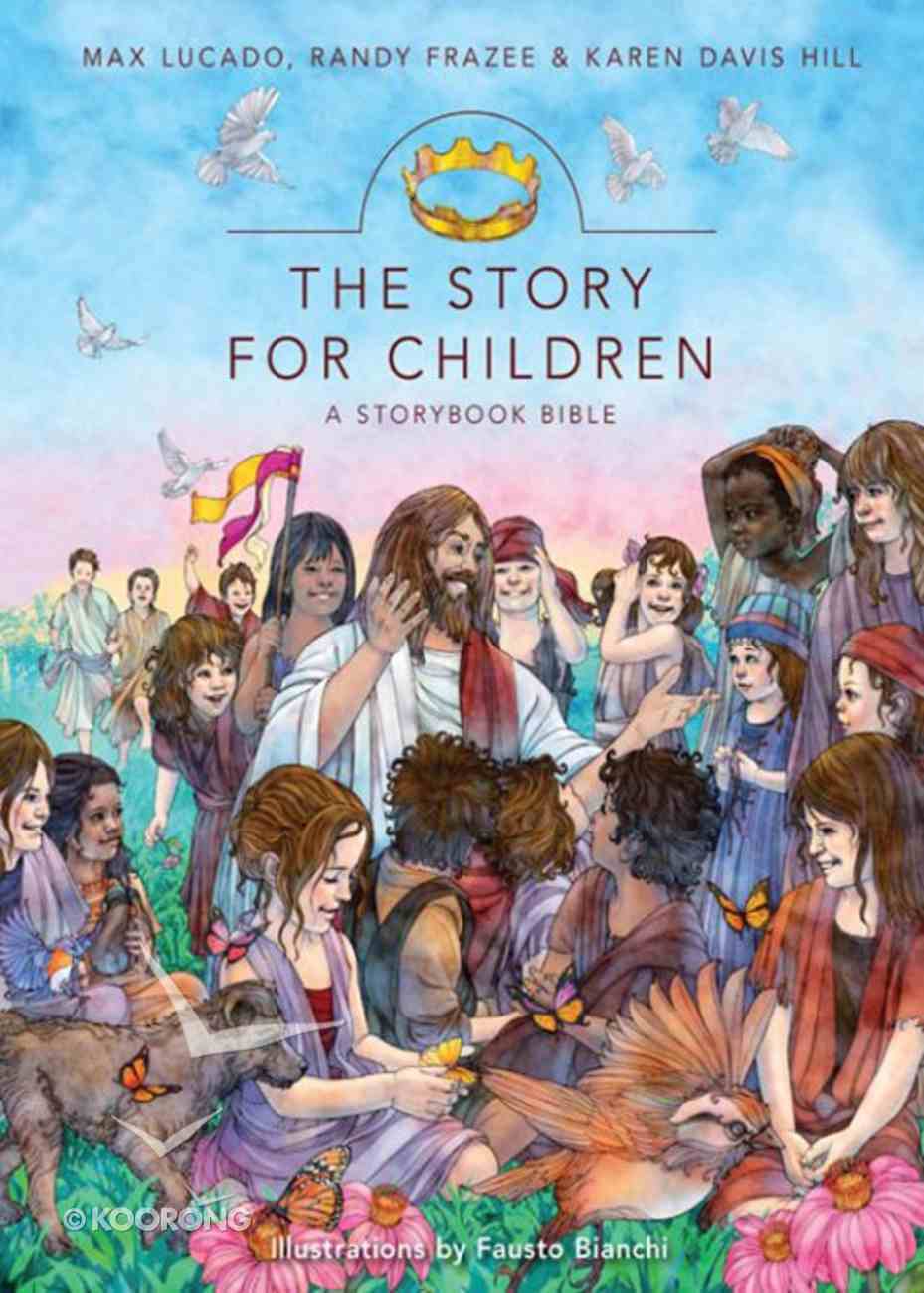 The Story For Children (A Story Book Bible) (The Story Series)

Bestselling author Max Lucado presents The Story for Children storybook Bible, written with Randy Frazee as part of The Story campaign. Geared for children 4-7, this storybook Bible includes over 60 stories that allow readers to discover that God's story...

Bestselling author Max Lucado presents The Story for Children storybook Bible, written with Randy Frazee as part of The Story campaign. Geared for children 4-7, this storybook Bible includes over 60 stories that allow readers to discover that God's story is not just a collection of random adventures?it's a complete story that tells about God's great love for his people.

Bestselling author Max Lucado presents The Story for Children storybook Bible, written with Randy Frazee as part of The Story campaign. Geared for children 4-7, this storybook Bible includes over 60 stories that allow readers to discover that God's story is not just a collection of random adventures--it's a complete story that tells about God's great love for his people.

The #02: Lord's Army (#02 in Adventures With The King: His Mighty Warrior Series)
Sheri Rose Shepherd
Hardback

Only You Can Be You: What Makes You Different Makes You Great
Sally Clarkson, Nathan Clarkson, Tim Warnes (Illus)
Hardback