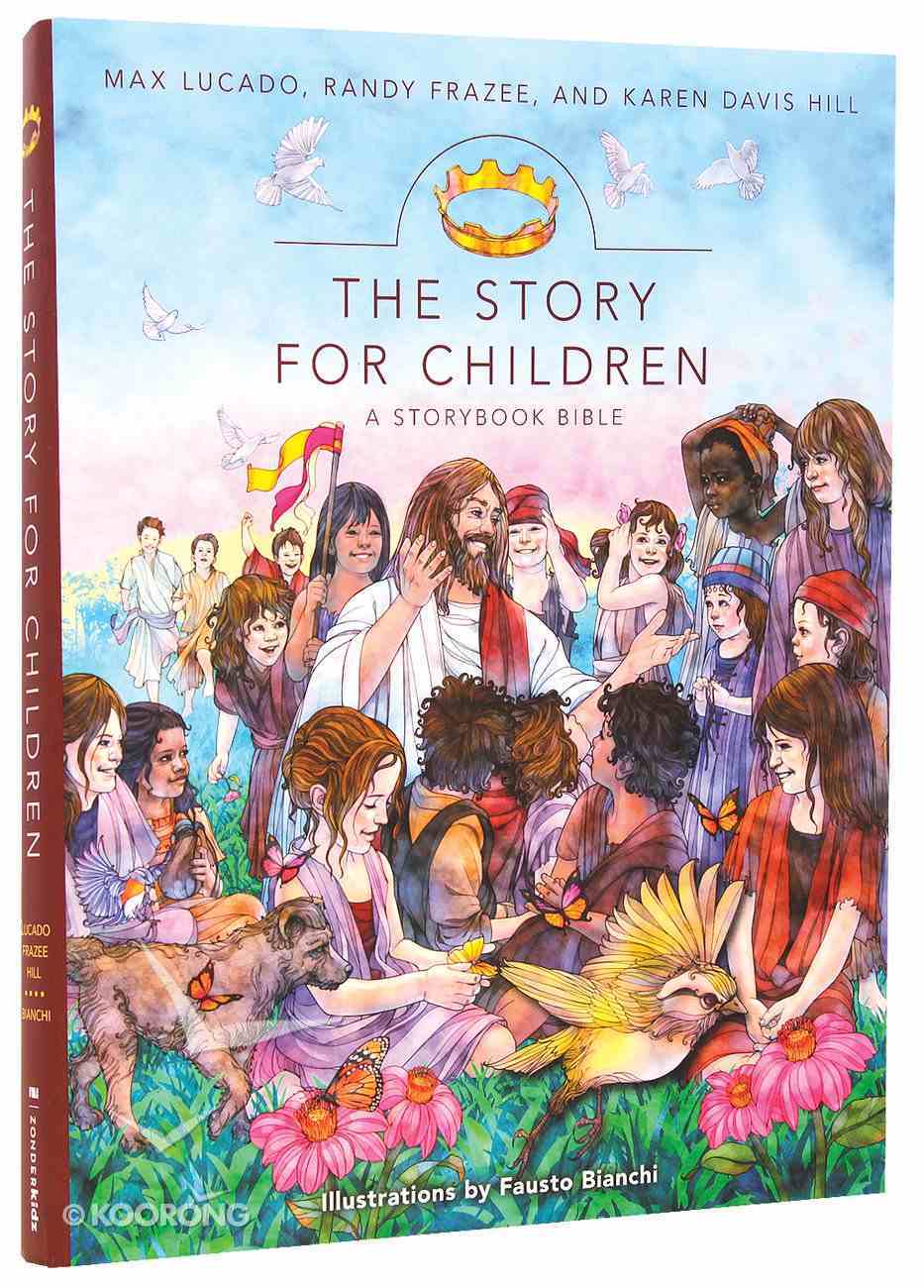 The Story For Children (A Story Book Bible) (The Story Series)

With sweeping brush strokes, God painted his creation across the emptiness. 'Let there be light,' he called into the darkness, and a sweep of brightness blazed across the blank canvas. The Story for Children isn't just another collection of Bible...

With sweeping brush strokes, God painted his creation across the emptiness. 'Let there be light,' he called into the darkness, and a sweep of brightness blazed across the blank canvas. The Story for Children isn't just another collection of Bible stories---it's The Story---the big picture of God's enormous love for his children! Presented by bestselling author and pastor Max Lucado with Randy Frazee and Karen Hill, these 48 pivotal stories show how God has a great and grand and glorious vision, beginning with Creation and ending with the promise that Jesus is coming again. Each story is personalized with God's Message and accompanied by vibrant illustrations from accomplished artist Fausto Bianchi that help bring the Bible to life for readers young and old.
-Publisher

Karen Hill is a freelance writer and editor and the assistant to author Max Lucado. She is the author of several children's books, including My Faith Journal. Karen and her husband, Art, have three children and three grandchildren.