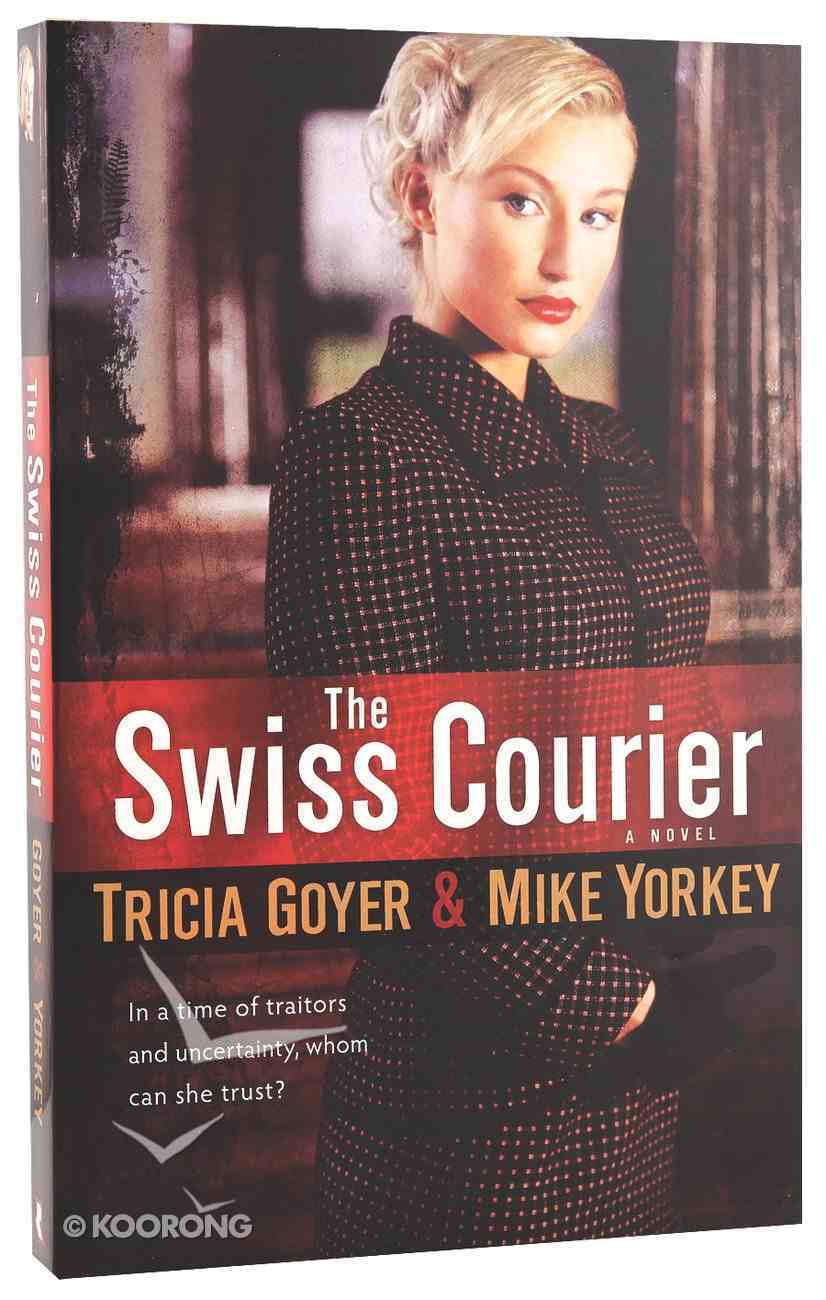 It is August 1944 and the Gestapo is mercilessly rounding up suspected enemies of the Third Reich. When Joseph Engel, a German physicist working on the atomic bomb, finds that he is actually a Jew, adopted by Christian parents, he...

It is August 1944 and the Gestapo is mercilessly rounding up suspected enemies of the Third Reich. When Joseph Engel, a German physicist working on the atomic bomb, finds that he is actually a Jew, adopted by Christian parents, he must flee for his life to neutral Switzerland.
^^Gabi Mueller is a young Swiss-American woman working for the newly formed American Office of Strategic Services (the forerunner to the CIA) close to Nazi Germany. When she is asked to risk her life to safely "courier" Engel out of Germany, the fate of the world rests in her hands. If she can lead him to safety, she can keep the Germans from developing nuclear capabilities. But in a time of traitors and uncertainty, whom can she trust along the way?


^^This fast-paced, suspenseful novel takes readers along treacherous twists and turns during a fascinating--and deadly--time in history

"What I love about The Swiss Courier is its gutsy heroine Gabi. Willing to take risks for the higher good, yet vulnerable, Gabi is a wonderful portrayal of the tender strength of womanhood. Add that to a twisting plot, the raging of World War II, and a kindling love story and you have an enjoyable read."--Mary E. DeMuth, author of Daisy Chain "Fabulous! Filled with heart-stopping suspense and fascinating details of life in WWII Europe, The Swiss Courier is an unforgettable story of faith and courage when faced with the highest of stakes. I loved everything about this book, from its riveting first scene to the surprise denouement. Bravo, Tricia Goyer and Mike Yorkey. This is more than a page-turner; it's a keeper."--Amanda Cabot, author of Paper Roses"The Swiss Courier sizzles like a 24 episode with a World War II twist. The pulsating action and plot twists will keep you riveted."--Bob Welch, author of American Nightingale and coauthor of Easy Company"A tense, fast-paced thriller that takes the reader on an exciting ride. The Swiss Courier is a masterful blend of history and intrigue; above all, it's a reminder that God is present even in the most dire of circumstances."--Kathleen Fuller, author of The Royal Regency Mystery Series and A Man of His Word"This was a time of war, not love." That statement from the beginning pages of The Swiss Courier sets the tone for this gripping, fast-paced story of honor and duty set in 1944 against the backdrop of World War II. With an intensity that builds to the very end, this book is compelling, chilling, and fascinating."--Lenora Worth, author of Code of Honor"There is something fascinating and heroic about the stories from this historical period. Tricia Goyer and Mike Yorkey have added to that list. Each character hooked me into their world and agenda. I couldn't wait to see how all the threads would weave together. The Swiss Courier is a unique look at the front lines of World War II and what everyday people sacrificed to stand up against the evil surrounding them. Farmers, shopkeepers, and soldiers alike risked their lives to do what was right. This was an unexpected and thrilling adventure. I highly recommend this book for readers ages 16 and up."--Jill Williamson, author of By Darkness Hid and reviewer at Novel Teen Book Reviews"Outstanding! The Swiss Courier is a fast paced, tightly plotted thrill ride. It packs plenty of masterful twists and turns, but does not skimp on character development or historical accuracy. Goyer and Yorkey spin a terrific tale. --Rick Acker, author of Blood Brothers, Dead Man's Rule, and Devil to Pay, Inc.
-Publisher