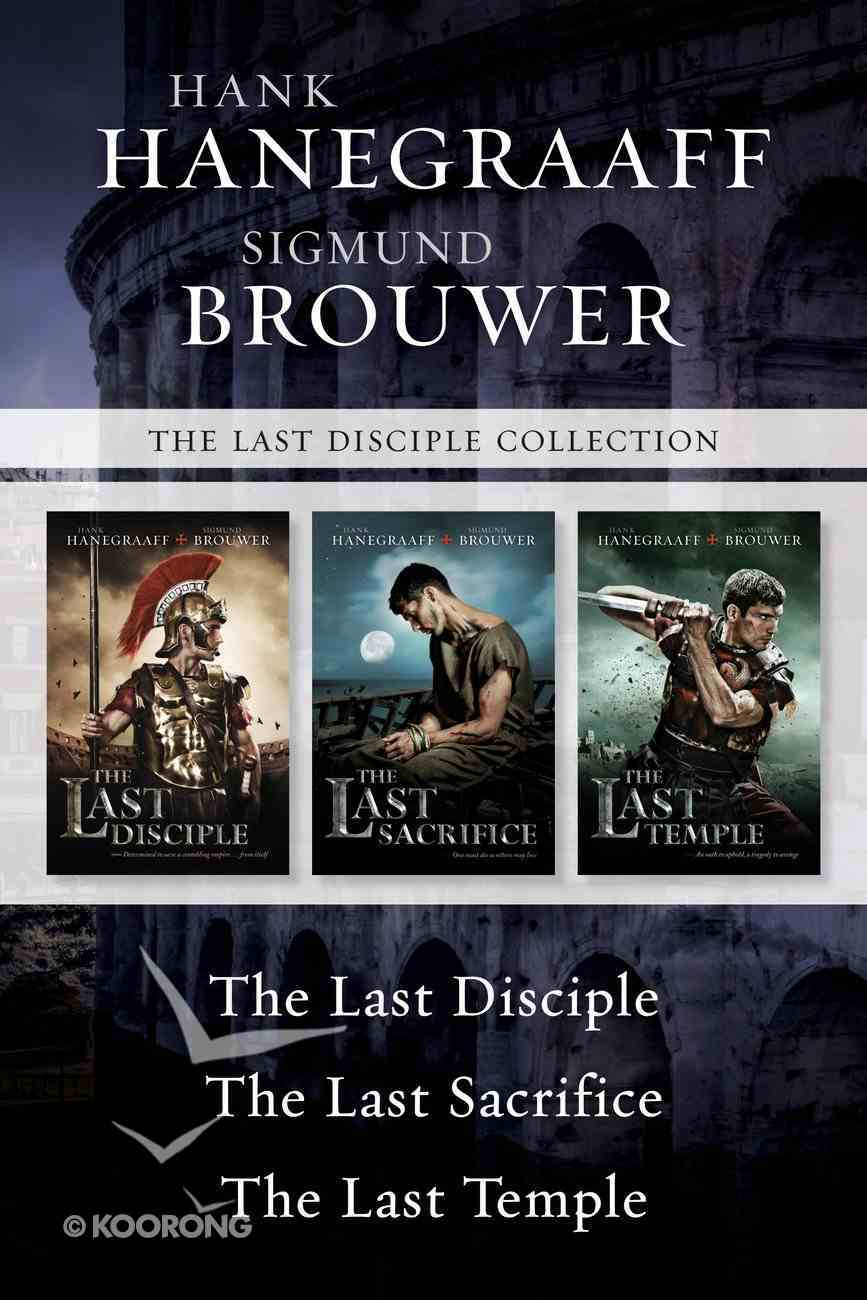 This collection bundles together all 3 of the thrilling Roman historical novels by Hank Hanegraaff and Sigmund Brouwer into one e-book for a great value! #1: The Last Disciple First-century Rome is a perilous city as Nero stalks...

This collection bundles together all 3 of the thrilling Roman historical novels by Hank Hanegraaff and Sigmund Brouwer into one e-book for a great value!

#1: The Last Disciple
First-century Rome is a perilous city as Nero stalks the political circles and huddled groups of believers. To be safe, Christians must remain invisible. Gallus Sergius Vitas is the only man within Nero's trusted circle willing to do what it takes to keep the empire together. He struggles to lessen Nero's monstrosities against the people of Rome-especially the Christians. But as three Greek letters are scrawled as graffiti throughout the city, Nero's anger grows. As the early church begins to experience the turbulence Christ prophesied as the beginning of the last days, an enemy seeks to find John's letter, Revelation, and destroy it. Meanwhile the early Christians must decipher it and cling to the hope it provides as they face the greatest of all persecutions.

#2: The Last Sacrifice
Helius, Nero's most trusted adviser, anticipates the death of his sworn enemy, the legendary warrior Gallus Sergius Vitas, scheduled to die a gruesome death in the arena. However, the badly beaten man who appears in the amphitheater is not who he seems. Rescued by a stranger and given a mysterious scroll, Vitas is told he must decipher this letter to find the answers he needs-a letter that Helius is also determined to decipher and to keep hidden from Nero. As Nero's reign of terror grows, so does his circle of enemies.

#3: The Last Temple
Set in the turbulent years just before one of the most horrendous events in Jewish history, The Last Temple concludes the trilogy of The Last Disciple and The Last Sacrifice. Vitas is reunited with his wife and retires to Alexandria, determined to live a quiet, domestic life. But he can't avoid the debts that he owes to the men who saved him, and he becomes a key figure in the plot to rid the empire of Nero. It sweeps him into the "year of four emperors," when the Roman Empire is nearly destroyed, and takes him back to Jerusalem as Titus lays siege to the great city. Only then, as the prophecy of Jesus begins to unfold, does Vitas discover the true mission set before him and the astounding conspiracy behind it.
-Publisher

Hank Hanegraaff serves as the president of the California-based Christian Research Institute. He has also worked as the host of the Bible Answer Man radio broadcast in the United States and Canada. He is the author of such books as Counterfeit Revival, Crisis in Christianity and Resurrection and was general editor in the updating of Dr. Walter Martin's classic The Kingdom of the Cults. Also a regular contributor to the Christian Research Journal, Hanegraaff conducts seminars and lectures worldwide. He lives in Charlotte, North Carolina.