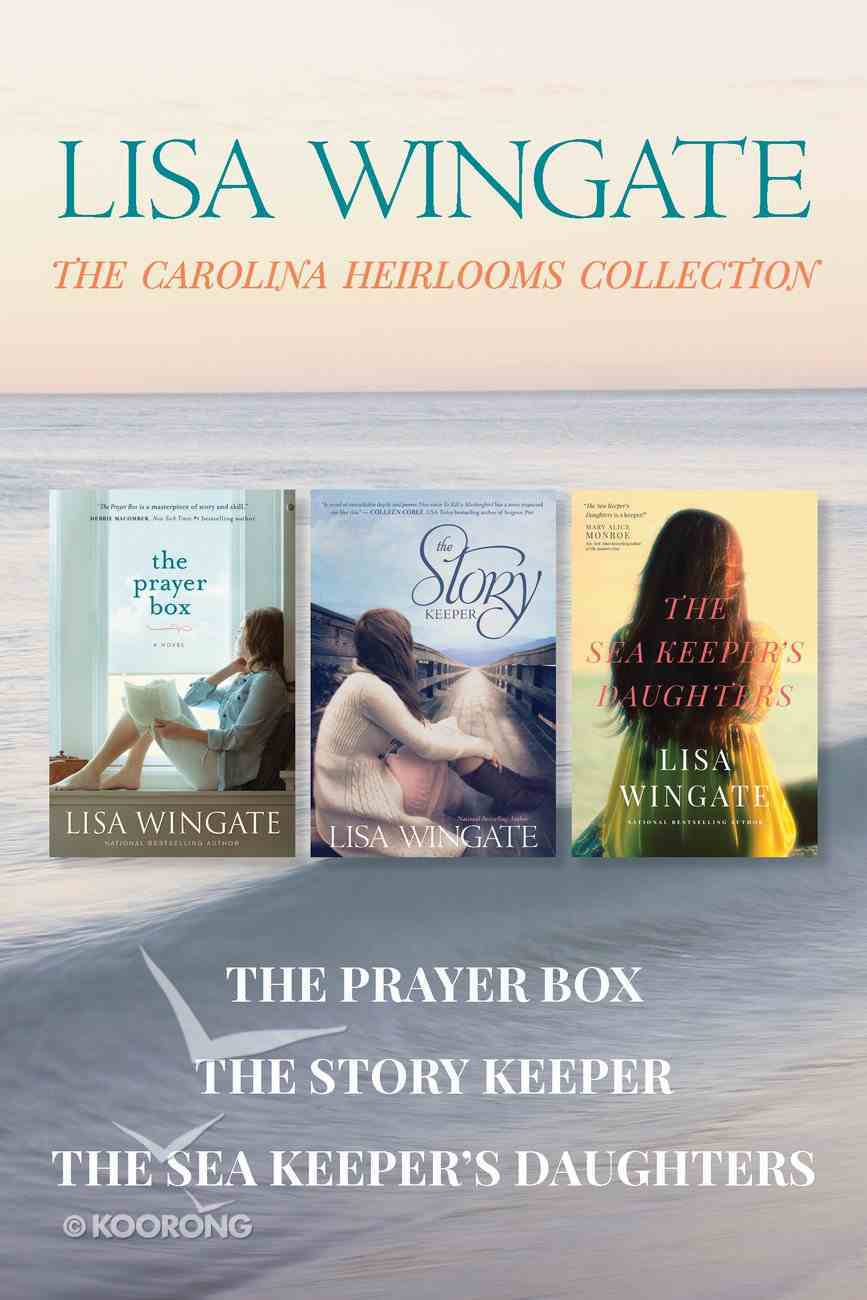 This collection bundles 3 of Lisa Wingate's contemporary/historical Carolina Heirlooms series together in one e-book, for a great value! The Prayer Box (ECPA 2014 Christian Book Award Finalist!) When Iola Anne Poole, an old-timer on Hatteras Island, passes away...

Before We Were Yours
Lisa Wingate
Hardback

This collection bundles 3 of Lisa Wingate's contemporary/historical Carolina Heirlooms series together in one e-book, for a great value!

The Prayer Box (ECPA 2014 Christian Book Award Finalist!)
When Iola Anne Poole, an old-timer on Hatteras Island, passes away in her bed at ninety-one, the struggling young mother in her rental cottage, Tandi Jo Reese, finds herself charged with the task of cleaning out Iola's rambling Victorian house.

Running from a messy, dangerous past, Tandi never expects to find more than a temporary hiding place within Iola's walls, but everything changes with the discovery of eighty-one carefully decorated prayer boxes, one for each year, spanning from Iola's youth to her last days. Hidden in the boxes is the story of a lifetime, written on random bits of paper-the hopes and wishes, fears and thoughts of an unassuming but complex woman passing through the seasons of an extraordinary, unsung life filled with journeys of faith, observations on love, and one final lesson that could change everything for Tandi.

The Story Keeper (2015 Christy Award winner! 2015 Carol award winner!)
When successful New York editor Jen Gibbs discovers a decaying slush-pile manuscript on her desk, she has no idea that the story of Sarra, a young mixed-race woman trapped in Appalachia at the turn of the twentieth century, will both take her on a journey and change her forever. Happy with her life in the city, and at the top of her career with a new job at Vida House Publishing, Jen has left her Appalachian past and twisted family ties far behind. But the search for the rest of the manuscript, and Jen's suspicions about the identity of its unnamed author, will draw her into a mystery that leads back to the heart of the Blue Ridge Mountains ... and quite possibly through the doors she thought she had closed forever.

Restaurant owner Whitney Monroe is desperate to save her business from a hostile takeover. The inheritance of a decaying Gilded Age hotel on North Carolina's Outer Banks may provide just the ray of hope she needs. But things at the Excelsior are more complicated than they seem. Whitney's estranged stepfather is entrenched on the third floor, and the downstairs tenants are determined to save the historic building. Searching through years of stored family heirlooms may be Whitney's only hope of quick cash, but will the discovery of an old necklace and a Depression-era love story change everything?
-Publisher

Lisa Wingate lives with her husband and two sons in central Texas, where she is a popular writer and inspirational speaker. She grew up in Oklahoma and studied writing at Oklahoma State University. Author website: lisawingate.com.