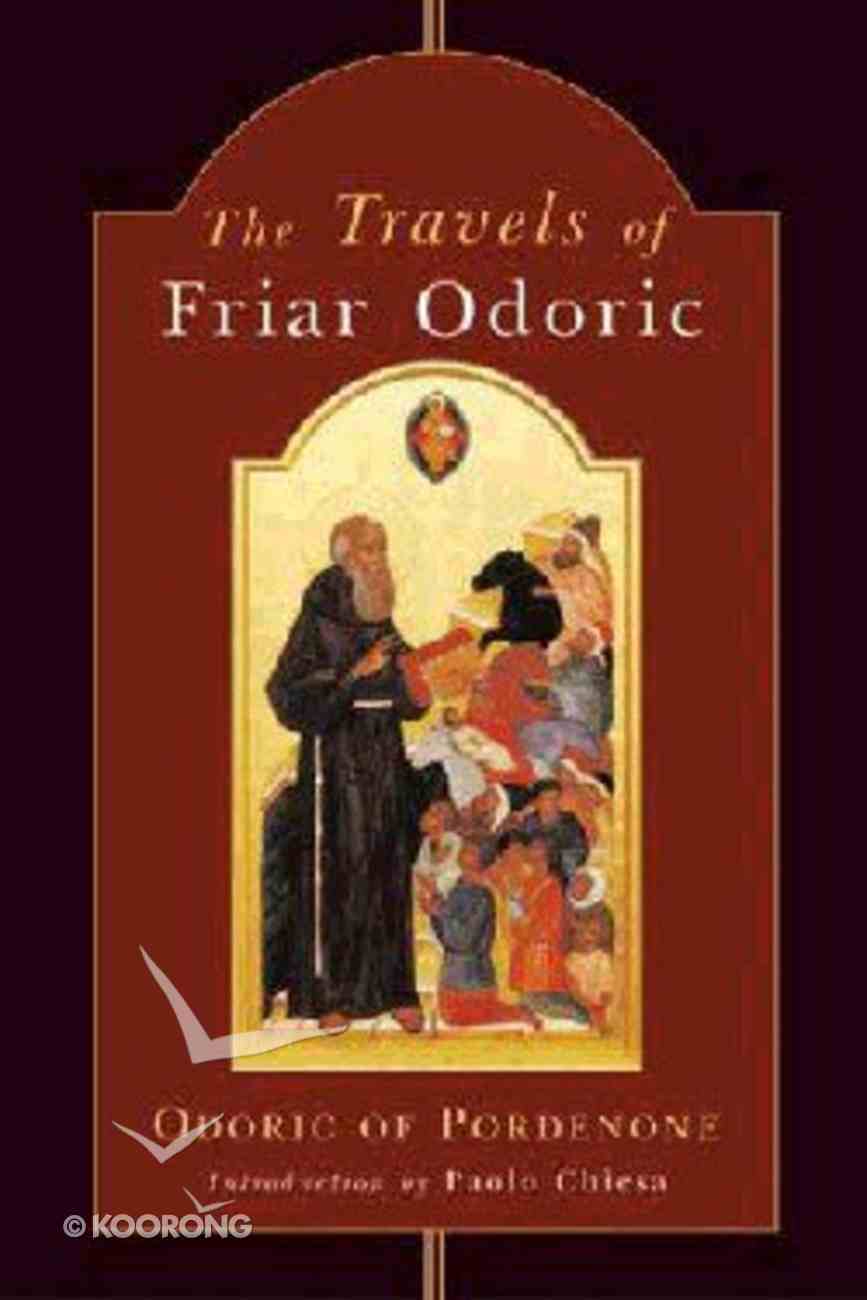 The Travels of Friar Odoric

Odoric, a Franciscan monk from northeastern Italy, spent much of the early 14th century traveling throughout Asia. His adventures provided one of the most important Western accounts of life and culture in what is present-day Iran, India, Indonesia, China, Nepal,...

Between the Swastika and the Sickle: The Life, Disappearance, and Execution of Ernst Lohmeyer
James R Edwards
Hardback

In the Beauty of Holiness: Art and the Bible in Western Culture
David Lyle Jeffrey
Hardback

A Brief History of Sunday: From the New Testament to the New Creation
Justo L Gonzlez
Paperback

The Church in History
B K Kuiper
Paperback

Odoric, a Franciscan monk from northeastern Italy, spent much of the early 14th century traveling throughout Asia. His adventures provided one of the most important Western accounts of life and culture in what is present-day Iran, India, Indonesia, China, Nepal, and Russia.Setting off only twenty years after Marco Polo's historic trip to the East, Odoric was the only religious traveler to the East whose voyage was recorded, making his account one of unparalleled importance for scholars and historians. Interestingly, Odoric noted the religious and cultural customs of the places he visited, treating their practices with tolerance, respect, and curiosity. He frequently took pains to tell of spectacular things -- mountains of salt, impenetrable deserts, mice as big as dogs, trees that produced bread, magic fish, sensational pearls, gigantic tortoises, men with faces of dogs, hens covered in wool, and women equipped with fangs -- making this fantastic reading even for those with casual interest.The description of Odoric's journey to the East comes from the account he dictated upon his return to Italy, which was translated and widely circulated throughout Europe. It is one of the finest extant examples of 14th-century travel literature. The account used in this printing comes from Sir Henry Yule's translation, prepared in 1866 and still unsurpassed for its historic value and its faithfulness to the original Latin text.With a thorough and informative introduction by Paolo Chiesa (University of Udine), historians, scholars, and those with an interest in the tenuous relationship between the East and the West will find The Travels of Friar Odoric to be fascinating reading.
-Publisher

Presents a fascinating travelogue of fourteenth-century Asia by a contemporary of Marco Polo.
-Publisher