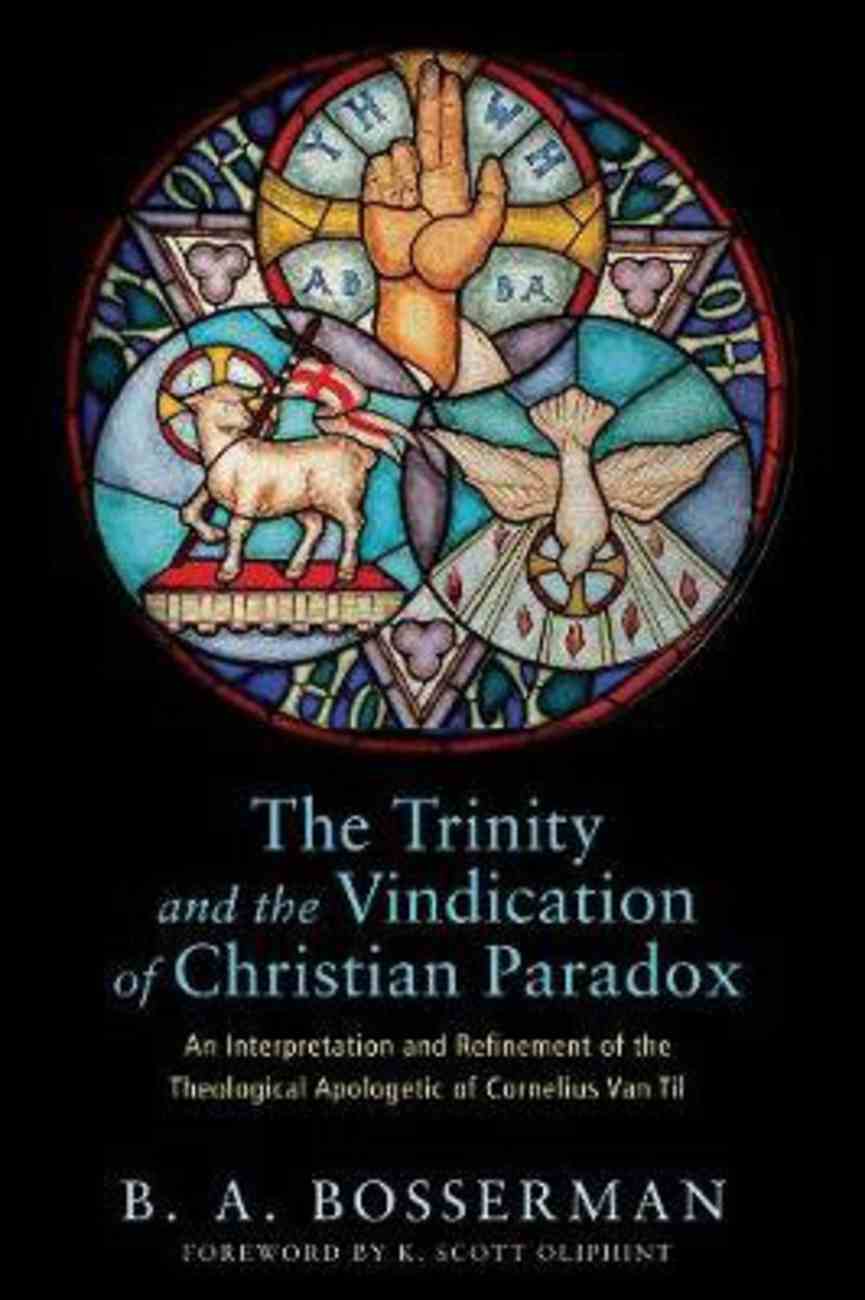 The Trinity and the Vindication of Christian Paradox: An Interpretation and Refinement of the Theological Apologetic of Cornelius Van Til

by B A Bosserman
Paperback|Sep 2014
Product Rating: 0

The Trinity and the Vindication of Christian Paradox grapples with the question of how one may hold together the ideals of systematic theology, apologetic proof, and theological paradox by building on the insights of Cornelius Van Til. Van Til developed...

The Trinity and the Vindication of Christian Paradox grapples with the question of how one may hold together the ideals of systematic theology, apologetic proof, and theological paradox by building on the insights of Cornelius Van Til. Van Til developed an apologetic where one presupposes that the triune God exists, and then proves this Christian presupposition by demonstrating that philosophies that deny it are self-defeating in the specific sense that they rely on principles that only the Trinity, as the ultimate harmony of unity and diversity, can furnish. A question raised by Van Til's trademark procedure is how he can evade the charge that the apparent contradictions of the Christian faith render it equally self-defeating as non-Christian alternatives. This text argues that for Van Til, Christian paradoxes can be differentiated from genuine contradictions by the way that their apparently opposing elements discernibly require one another, even as they present our minds with an irresolvable conflict. And yet, Van Til failed to sufficiently vindicate the central Christian paradox--the doctrine of the Trinity--along the lines required by his system. Hence, the present text offers a unique proof that God can only exist as the pinnacle of unity-in-diversity, and as the ground of a coherent Christian system, if He exists as three, and only three, divine Persons. ""With the pathway now clearer because of Bosserman's work, those of us who seek to follow in Van Til's line can better recognize its direction, as well as its boundaries. There will be more brush to clear along the way ... but the Trinitarian trail, mapped out by Van Til, has now been extensively trod. Its end has not been reached and we may want to sidestep it in places in order to mark off a better sidepath, but wisdom points to the trail Bosserman has blazed as the best place to begin."" --from the foreword by K. Scott Oliphint ""I am delighted that Brant Bosserman has continued the discussion over Cornelius Van Til and his view of theological paradox. Bosserman's analysis of these issues is well worthy of publication and many readers will find it helpful. As Bosserman clearly indicates, these issues are closely related to the Bible's teaching about God's Trinitarian existence, and his proposal about that will contribute significantly to the ongoing discussion."" --John Frame, Professor of Systematic Theology and Philosophy, Reformed Theological Seminary, Orlando, FL ""Bosserman offers a profound discussion of the central issue--why the one true God must be three and only three persons. He also adds to Van Til's theology of paradox, showing in detail how paradoxically related truths mutually presuppose one another. Bosserman's work joins the list of must-reads for a new generation of Reformed apologists."" --Ralph Allan Smith, pastor, Mitaka Evangelical Church, Tokyo, Japan ""The Trinity and the Vindication of Christian Paradox is ambitious in its scope, depth, and creativity. It is the first book-length exposition of Van Til's apologetic to give a leading role to his understanding of theological paradox, rather than treating it (as many other Van Tilians have done) as merely a supporting actor or a dispensable extra. In addition, Bosserman's development of Van Til's claim (that the ontological Trinity uniquely solves the ancient problem of the one and the many) moves the discussion forward in significant respects."" --James N. Anderson, Associate Professor of Theology and Philosophy, Reformed Theological Seminary, Orlando, FL Brant Bosserman (PhD, Bangor) is an adjunct professor of philosophy at Northwest University, an ordained minister in the Presbyterian Church in America, and the church planting pastor of Trinitas Presbyterian Church.
-Publisher