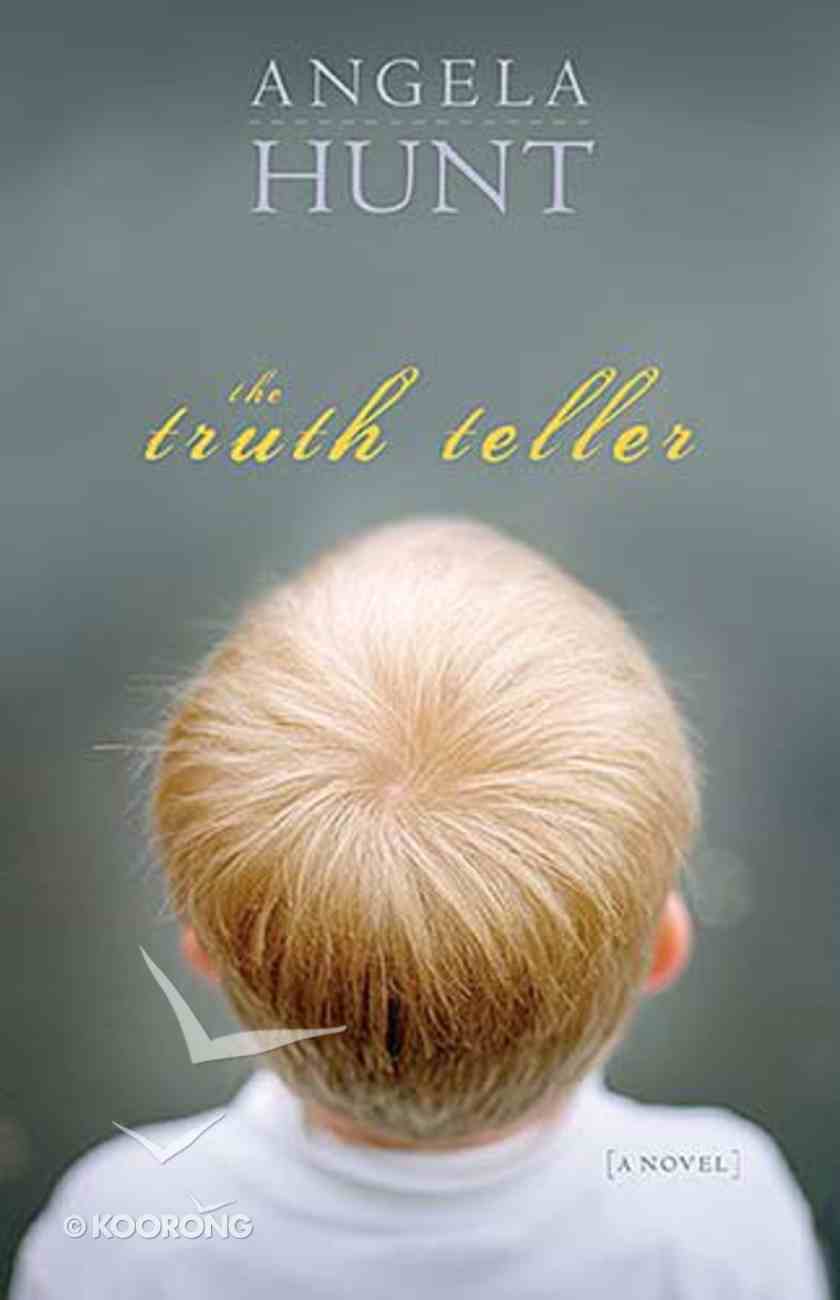 All Lara Godfrey wanted was the chance to bear her late husband's child, but the fertility doctor betrayed her trust. That's why Lara fled the clinic before the baby's birth. It's why she changed her name and hid for five...

All Lara Godfrey wanted was the chance to bear her late husband's child, but the fertility doctor betrayed her trust. That's why Lara fled the clinic before the baby's birth. It's why she changed her name and hid for five years. All for the sake of her beloved little Hunter, who has grown to be a very unusual child. He has a spectacular gift: the ability to see through lies and hone in unerringly on truth. Which makes him all the more valuable to Devin Sloane, the man who brokered the entire scenario as a genetic experiment and is bent on using the child for his own purposes. He's a powerful enemy, crafty and arrogant. And Lara is just one woman, a mother determined to protect her child at any cost. Who can she trust to help her shield her truth-telling child from the lies that could tear their lives apart?
- Publisher.

A five-year-old boy can sense who is telling the truth...and who isn't. It's a gift some will do anything to silence and a mother will do anything to protect.^Lara Godfrey desperately wants to have a child--a living legacy from her late husband. Placing her life in the hands of a doctor she believes she can trust, Lara doesn't relize a web of deception is being woven around her. An unseen voyeur, with dreams of immortality, plans to use the child for a test--an unbelievable experiment that could have genetic consequences not only for Lara's baby, but for the entire human race. In the face of danger, Lara must make impossible choices. That's why she flees the clinic before the baby's birth. It's why she changes her name and hides. She knows she must protect this gifted child who can see through lies and identify truth. Yet how can an innocent truth-telling boy survive in a world that wants to destroy truth at any cost?
-Publisher


A crimson maple leaf swung from the sky and came to rest on the tip of Lara's best black shoes. She stared at the juxtaposition of ebony and red as the minister's voice droned beneath the whisper of an autumn wind: "Let not your heart be troubled; you believe in God, believe also in Me. In My Father's house are many mansions . . ."


She studied the hues of darkness and blood. Michael never painted in those colors. He preferred the bright oranges and pinks of a flaming sunset, the glowing greens and warm browns of wood and earth. Michael's paintings always shimmered with life.


The wind freshened, blowing the leaf from her shoe and rattling the brittle pages of the minister's prayer book. He continued, undisturbed: "Forasmuch as it has pleased Almighty God to take unto himself the soul of our dear brother Michael . . ."


Lara lifted her gaze, pleased that so many had followed from the church to the graveside. This little cemetery overlooked the park where she and Michael had enjoyed so many sunsets; she could even see the gabled roof of their town house from this sheltered hilltop. In the days ahead it might bring her comfort to know Michael was nearby . . .


But he wasn't, not really. She had seen his soul take flight; she had watched in wonder as his face, etched with lines of weariness and pain, brightened at the exhalation of that last breath. A shining look of joy and certainty filled his countenance as he stared at something she couldn't see, and the briefest smile lifted the corners of his mouth. Then, in an instant, his body relaxed. And he was gone.


Strange, how much grief felt like love. In the days since his death, her heart had been doing somersaults at the mention of his name, just as it had in college when Michael looked her way. She walked around the apartment in a sort of love-struck daze, one ear cocked toward the telephone as if he might call. Yesterday her palms had grown moist when she found one of his scribbled grocery lists under the car seat. She tucked it into her purse, as thrilled with it as with the love note she'd once found tucked into her chemistry textbook.


Everyone said she was holding up well, and no one seemed surprised at her dry eyes. After all, she was a medical professional, and she had certainly known the end was coming. The one silver lining in the cloud of cancer was that it gave families time to say good-bye.


But how could she say good-bye when she was falling in love with her husband all over again?


She tore her eyes from the minister's little black book and let her gaze rove over the assembled guests. Michael's artsy friends from the local
university were here, as well as most of her coworkers from the clinic. Connor O'Hara, their next-door neighbor, stood alone, his hands folded in respectful dignity. A handful of elderly people from church stood together in a knot, and a peevish little voice inside Lara wondered if they attended funerals out of pure and simple relief that it wasn't their time to go. Maybe it was a matter of plain common sense. If you were living in the twilight of your life, might as well check out your potential eternal neighbors. The funeral would give you something to talk about when you greeted the folks who lived in the heavenly mansion-next-door.


Hey, that was some sermon the preacher preached for you, Michael. Made me homesick for heaven just to hear him talk!


"I am the resurrection and the life. He who believes in Me, though he may die, he shall live. And whoever lives and believes in Me shall never die . . ."


A sharp sob broke into the minister's words, and Lara's gaze shifted to Michael's mother. Eva was sobbing into a wad of tissues, the brim of her hat betraying the trembling that rose from inside her. Something softened in Lara's heart. She took a side step toward her mother-in-law and felt Eva's iron frame sag a little as Lara's arm slipped around her shoulders.


". . . so in Christ all shall be made alive. Death is swallowed up in victory. O Death, where is your sting? Thanks be to God, who gives us the victory through our Lord Jesus Christ."


The minister paused, then stepped back, bowing his head. The service was done.


Lara squeezed Eva's shoulder, then released her and stepped forward to touch the burnished casket. A beautiful spray of long-stemmed roses, Eva's gift, covered the wooden surface, and Laura paused by the heart of the floral arrangement. She drew a breath to speak, but could not. Her knees felt as weak and trembly as they had the first time Michael kissed her.


Forsaking speech, she pulled the tiny pair of baby sneakers from her purse, set them in the midst of the roses, then took Eva's arm and led her away.