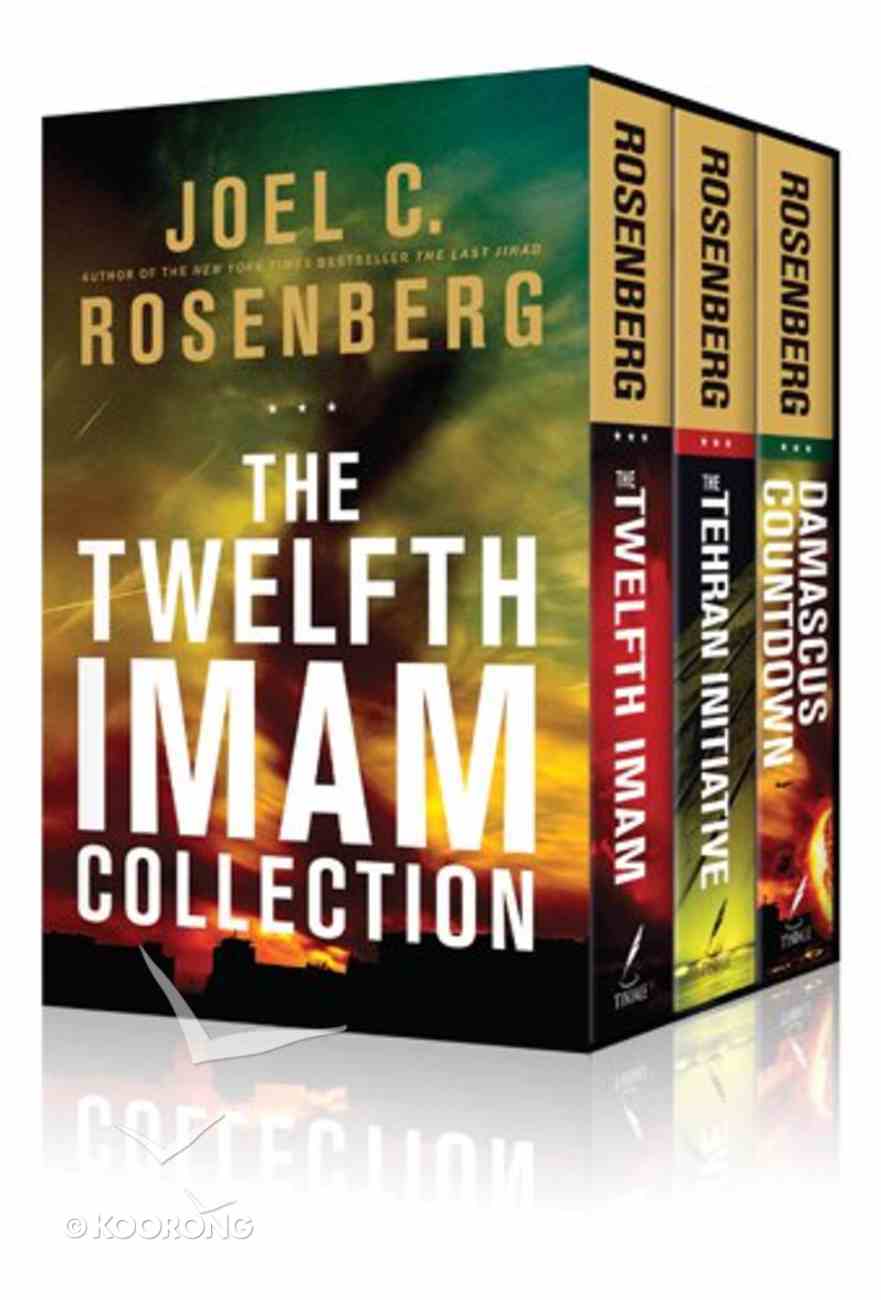 The complete 3-book espionage and spy thriller series that has sold 700,000 copies! This product bundles three of Joel Rosenberg's blockbuster thrillers featuring David Shirazi together into one e-book. The Twelfth Imam As the apocalyptic leaders of...

The complete 3-book espionage and spy thriller series that has sold 700,000 copies!

This product bundles three of Joel Rosenberg's blockbuster thrillers featuring David Shirazi together into one e-book.

The Twelfth Imam
As the apocalyptic leaders of Iran call for the annihilation of Israel and the U.S., CIA operative David Shirazi is sent into Tehran with one objective: use all means necessary to disrupt Iran's nuclear weapons program-without leaving American fingerprints, and without triggering a regional war.

At extreme personal risk, Shirazi undertakes his assignment. A native Farsi speaker whose family escaped from Iran in 1979, he couldn't be better prepared for the mission. But none of his training has prepared Shirazi for what will happen next.

An obscure religious cleric is suddenly hailed throughout the region as the Islamic messiah known as the Mahdi or the Twelfth Imam. News of his miracles, healings, signs, and wonders, spread like wildfire, as do rumors of a new and horrific war. With the prophecy of the Twelfth Imam seemingly fulfilled, Iran's leaders prepare to strike Israel and bring about the End of Days. Shirazi must take action, but the clock is ticking.

The Tehran Initiative
The world is on the brink of disaster, and the clock is ticking. Iran has just conducted its first atomic weapons test. Millions of Muslims around the world are convinced their messiah-known as the Twelfth Imam-has just arrived on earth.

Israeli leaders fear Tehran, under the Twelfth Imam's spell, will soon launch a nuclear attack that could bring about a second Holocaust and the annihilation of Israel. The White House fears Jerusalem will strike first, launching a preemptive attack against Iran's nuclear facilities that could cause the entire Middle East to go up in flames, oil prices to skyrocket, and the global economy to collapse.

With the stakes high and few viable options left, the president of the United States orders CIA operative David Shirazi and his team to track down and sabotage Iran's nuclear warheads before Iran or Israel can launch a devastating first strike.

Damascus Countdown
All eyes are on the Middle East. Israel has successfully launched a first strike on Iran, taking out all of their nuclear sites and six of their nuclear warheads-and causing The Twelfth Imam to order a full-scale retaliation. U.S. President William Jackson threatens to support a U.N. Security Council resolution condemning the Jewish State for unprovoked and unwarranted acts of aggression.

Meanwhile, CIA operative David Shirazi has infiltrated the Iranian regime and intercepted information indicating that two Iranian nuclear warheads survived the attack and have been moved to a secure and undisclosed location. In danger not only from the ongoing missile strikes on Iran but also from the increasingly hostile and suspicious governments of multiple countries, David and his team are in a race against time to find the remaining nuclear warheads before disaster strikes.
-Publisher