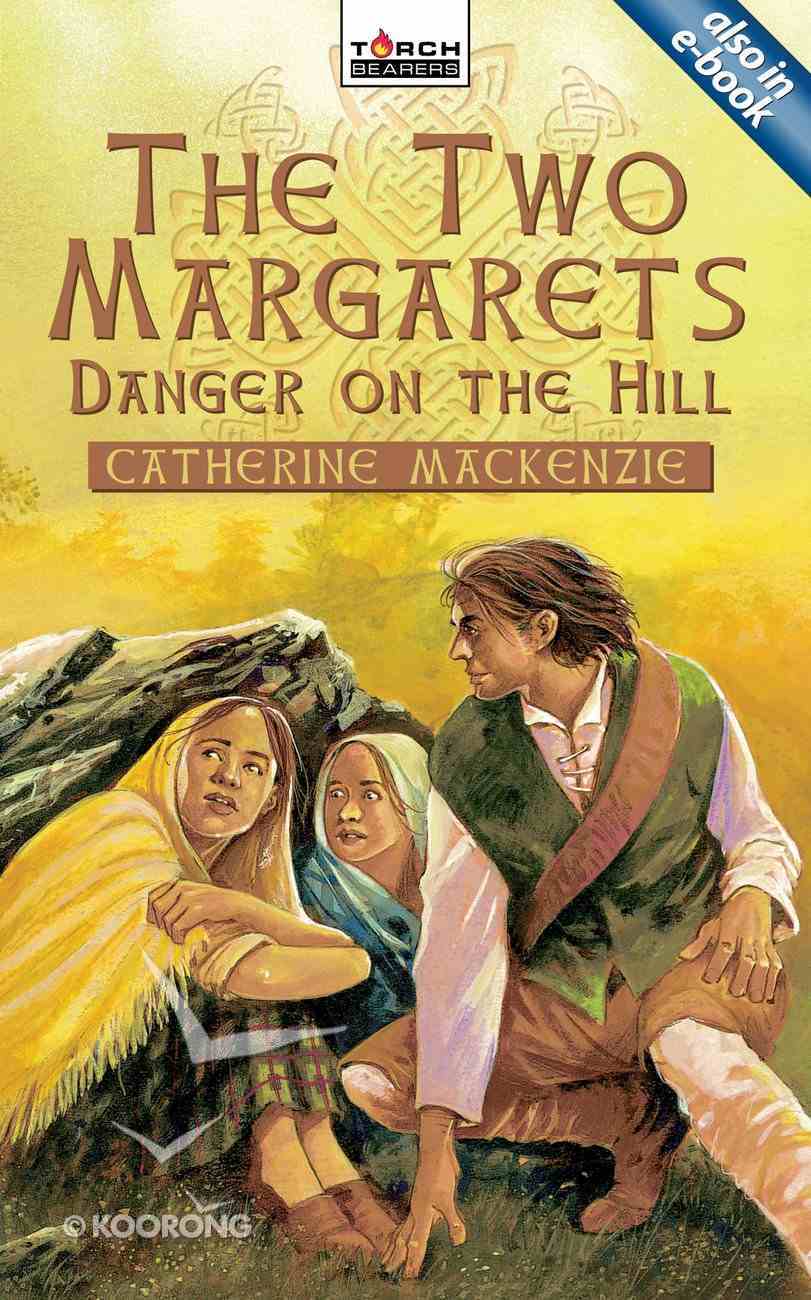 The Two Margarets: Danger on the Hill (Torchbearers Series)

"Run, run for your lives," a young boy screamed. Nobody listened. That day was the beginning of a new and terrifying life for the three Wilson children. If you were a 'covenanter ' in the 1600s, you were the enemy...

2 Available
Expected to ship within 1 hour from Australia.
Learn More
Free Shipping
for orders over $99.

"Run, run for your lives," a young boy screamed. Nobody listened. That day was the beginning of a new and terrifying life for the three Wilson children. If you were a 'covenanter ' in the 1600s, you were the enemy of the King and the authorities.

Margaret wants to make Jesus central to her life, as do the other Covenanters, but will this conviction cost Margaret her life? Includes Discussion starters, Bible studies and a 1600's timeline.
-Publisher

John Charles Ryle 1816 1900 was the first Bishop of Liverpool England. After a dazzling sporting career at school and university poised on the verge of national recognition he gave it all up to become a minister in the Church of England.However his leadership abilities on the field of play stood out and prepared him for the difficult task of being an evangelical leader of a mixed diocese in the most sectarian of English cities. Throughout his period in office Ryle was respected by his colleagues to the extent that even one of his most strident opponents broke down and wept at the news of his death. He was able to master the difficult task of being firm in his beliefs and loving in his application of them. His gracious spirit is an example to us today. This is probably why many of Ryle's writings have been continuously in print for over 100 years. Here Ryle explains that divisive often derided and misapplied by advertising term 'born again'. He explains what being 'born again' means wh
-Publisher

"Run, run for your lives." a young boy screams. "Run, everybody, run. The solideiers are here." That day on the hill is the beginning of a new and terrifying life for Margaret, Agnes and Thomas. They have to run from the King's soliders to live a life of danger on the hills. All Margaret wants is to make Jesus Christ the most important person in the church and in her life ... but will this conviction cost Margaret her life? There is danger on the hill for Margaret. There is danger everywhere if you are a covenanter. This exciting historical biography includes discussion starters, Bible studies and a 1600's timeline.
-Publisher

Catherine Mackenzie enjoys explaining the gospel to a child and sees it as a challenge and a joy - something to treasure and to look forward to. Catherine's favourite activity is making flapjacks with her nephews and nieces. She loves to collect books on real life heroes and some of these can be seen in her Little Light's series. She has written several trailblazer biographies for young people. Her Stories from Canterbury Place series deals with difficult issues children may have to face and she has written several board book series - such as Sent to Save which follows on from Born to be King. Her latest book is How To Be a Bible Princess.
- Publisher.