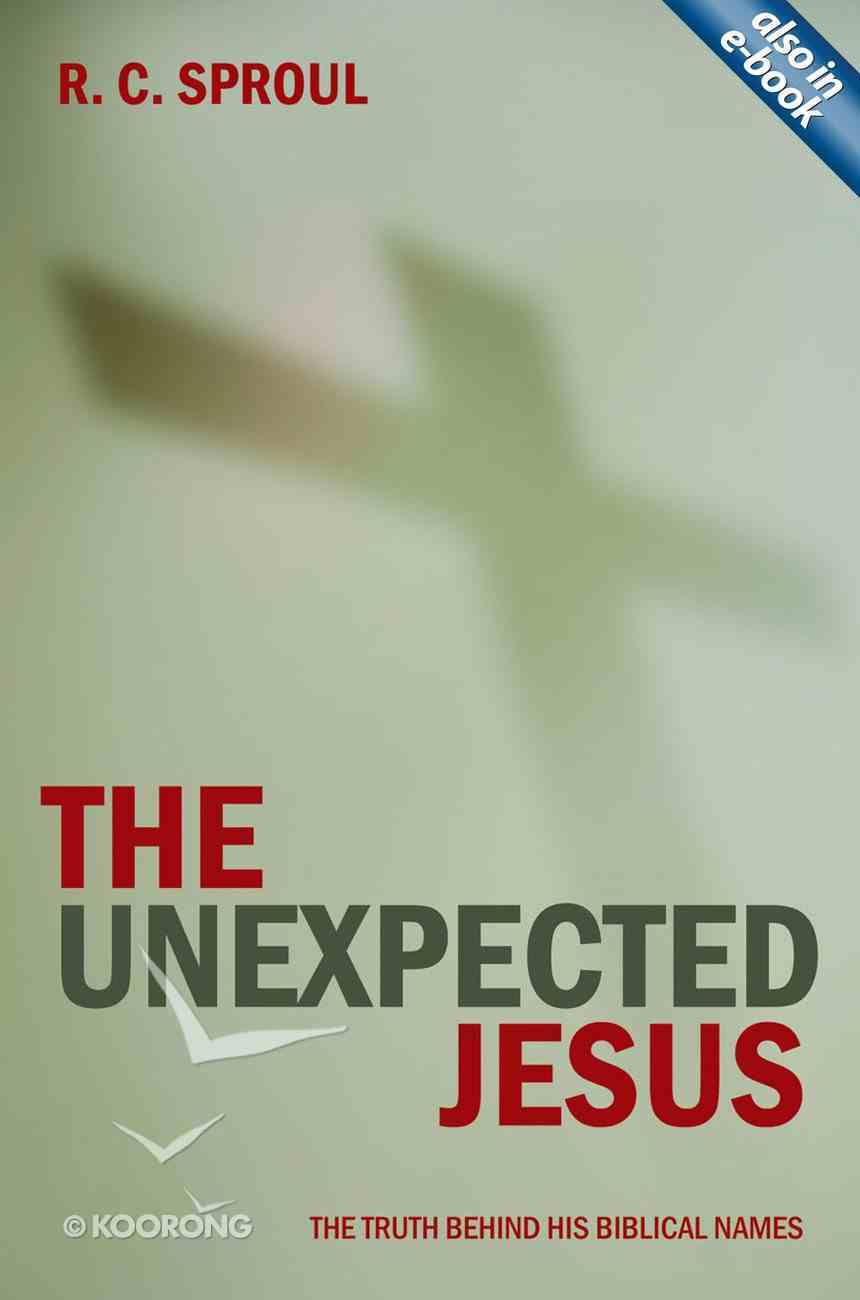 The Purpose behind his Biblical Names Jesus divides history - your birthday is determined by his! But why should that be? This is a man who evokes the widest polarisation of opinion of any historical figure: devotion from...

The Work of Christ: What the Events of Jesus' Life Mean For You
R C Sproul
Paperback

Gathering Those Driven Away: A Theology of Incarnation
Wendy Farley
eBook

Was the Birth of Jesus According to Scripture?
Steve Moyise
eBook

The Purpose behind his Biblical Names

Jesus divides history - your birthday is determined by his! But why should that be?

This is a man who evokes the widest polarisation of opinion of any historical figure: devotion from some, vitriolic abuse by others and astonishing indifference from many. Today most people just don't know who he really was, or is, or don't care.

People still put forward all kinds of ideas about who he was. Books like THE DA VINCI CODE propose that he was only a man (in which case why are his descendants so important?). Many religions have other ideas - everyone has an opinion whether based on fact or fiction.

Those for and against have often resorted to name-calling, but in the Bible Jesus was both called by, and gave himself, unusual names. Noted theologian, R. C. Sproul, seeks to enlighten us by investigating what those names actually mean. From there he determines what Jesus set out to do.

Jesus is no mere historical figure, he is as important in the 21st century as he was when he walked the earth.
- Publisher.

The Westminster Confession is a foundational document for countless churches worldwide. Churches of all sizes claim it as their confession and hold to it with varying degrees of closeness. However how many people actually have any real knowledge of the Confession or feel it is only of relevance to their church leaders Joey Pipa's study book is the ideal tool for all Christians who seek to gain a better understanding of their faith through exploring an integral cornerstone of Reformed Christianity. Pipa has produced an accessible user friendly study aid which illuminates the Westminster Confession for all Christians showing it is not just a document for intellectual theologians but is as relevant in our own lives today as when it was written. Also includes The Westminster Confession of Faith The Larger Catechism The Shorter Catechism The Belgic Confession The Heidelberg Catechism and the Canons of Dordt
-Publisher

PEOPLE CALLED JESUS NAMES-WHAT DID THEY MEAN? People often resort to name-calling and in the Bible Jesus was actually called many names too. R. C. Sproul, seeks to enlighten us by investigating what the names given to Jesus in the Bible actually mean. From that we are able to determine what Jesus set out to do, Jesus divides history-your birthday is determined by his! But who is Jesus? What did he want to achieve for us? If he is the most important person in history then these are two of the most important questions facing every one of us, Christian or not. Jesus evokes the widest polarisation in opinion of any historical figure: devotion from some, vitriolic abuse by others and, astonishingly, indifference from many. Today most people just don't know who he really is, or don't care. What can you gain through knowing Jesus' purpose in life? Sproul discovers that he is as important for you today as he ever was when he walked the earth.
-Publisher