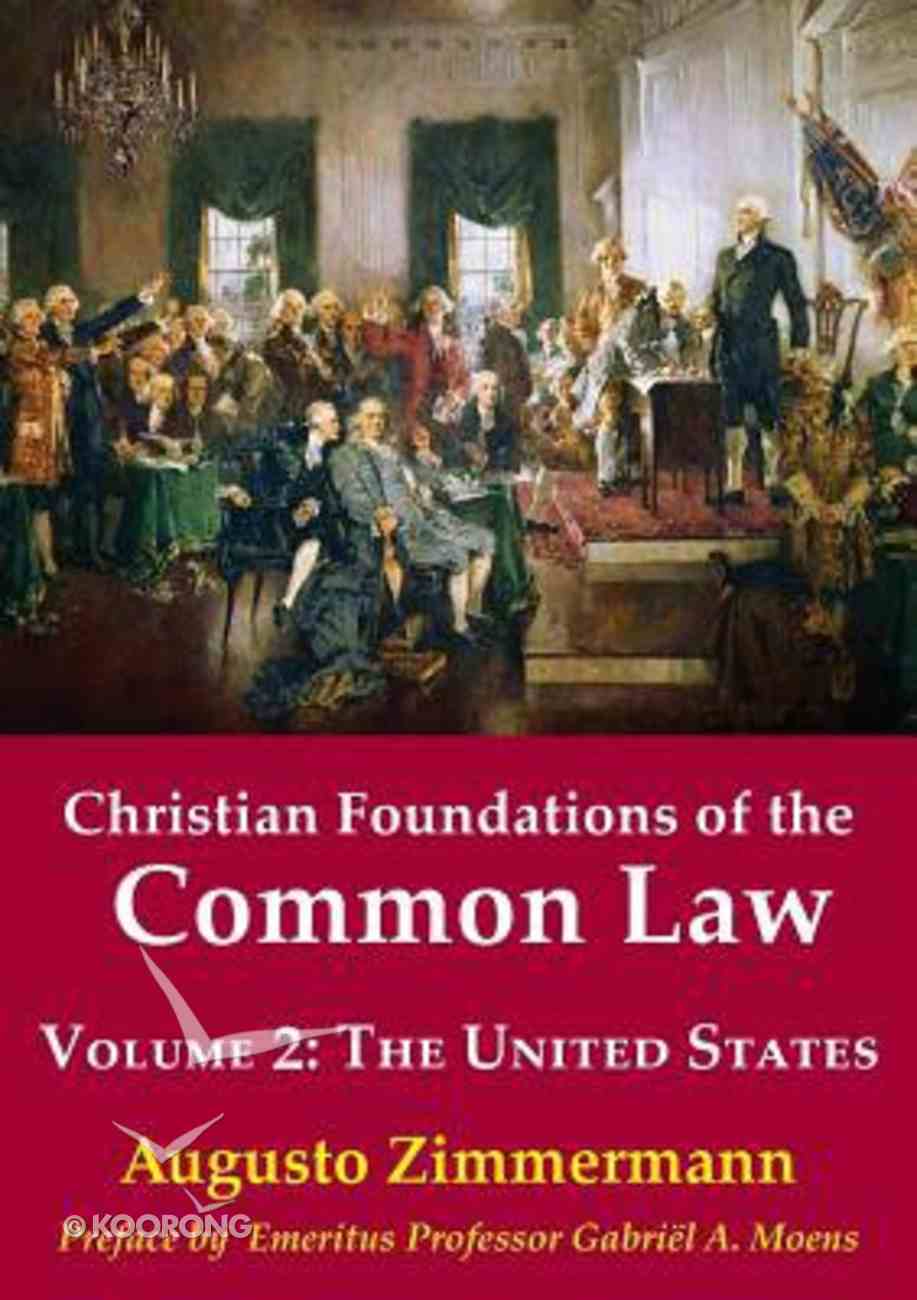 "In his latest tome, 'Christian Foundations of the Common Law', Dr Augusto Zimmermann rediscovers the Christian roots of the English, American and Australian legal systems. With scholarly acuity, this work skilfully uncovers how great thinkers in Western Civilization understood the...

The Presbyterian Experience in the United States
William Yoo
eBook

"In his latest tome, 'Christian Foundations of the Common Law', Dr Augusto Zimmermann rediscovers the Christian roots of the English, American and Australian legal systems. With scholarly acuity, this work skilfully uncovers how great thinkers in Western Civilization understood the cultural importance of these self-evident truths to society and good governance under the rule of law. At a time when perhaps we need it most, Zimmermann shows how Christian ideas like 'natural law', 'natural rights' and 'natural justice', contributed to the development of the common law. In doing so, Dr Zimmermann's work convincingly confirms for us that ideas informed by the Bible influenced in important ways the development of the Common Law, and indeed, the preservation of freedom and justice. Woven through the very readable chapters of this book is a profound understanding of an ancient sacred premise: God revealed moral absolutes in His Word, and placed these truths on the human heart."
--William Wagner, Distinguished Professor Emeritus of Law, Western Michigan University, U.S.A., Former U.S. Federal Judge & U.S. Diplomat, President, Salt & Light Global

"Professor Zimmermann's book is striking in its depth and breadth. Not since Harold Berman's volumes on Law and Revolution has such a mammoth task been undertaken. Berman's positive influence is clear in the way Zimmermann systematically and incontrovertibly demonstrates the Christian roots of the common law in Australia, England and the US. Yet Zimmermann goes further than Berman in at least two respects. First, he delves deeply into three particular jurisdictions and focuses on influential political figures in an enlightening way. Second, Zimmermann skilfully takes into account recent developments in Western politics and culture and a broad range of contemporary scholarship in theology, legal theory and history, philosophy and constitutional law. This book is therefore informative for scholars and laity alike, and essential reading for a legal community which seems content to drift ever further from its Christian origins. I highly recommend it."
-- Dr Alex Deagon FHEA, Senior Lecturer in Law, Queensland University of Technology, Author of 'From Violence to Peace: Theology, Law and Community'