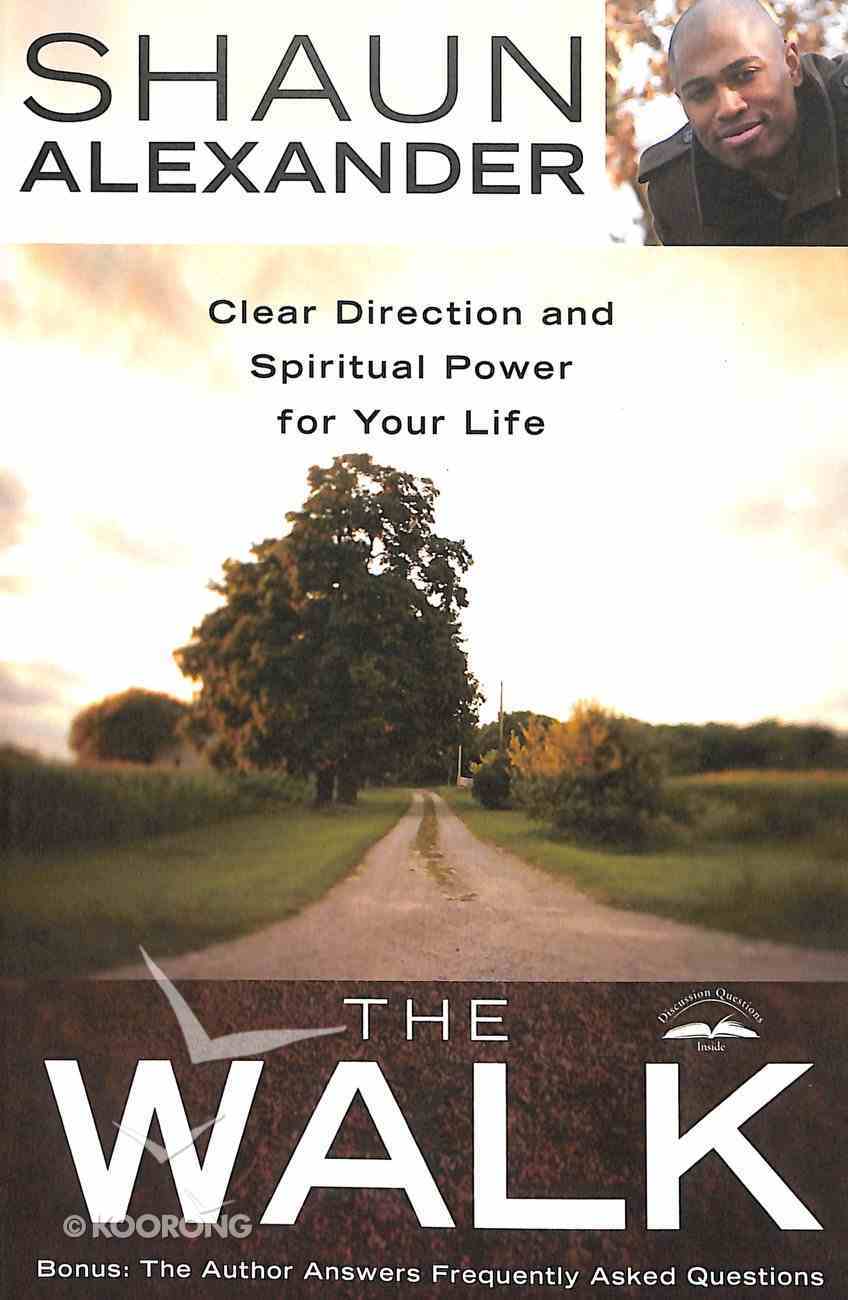 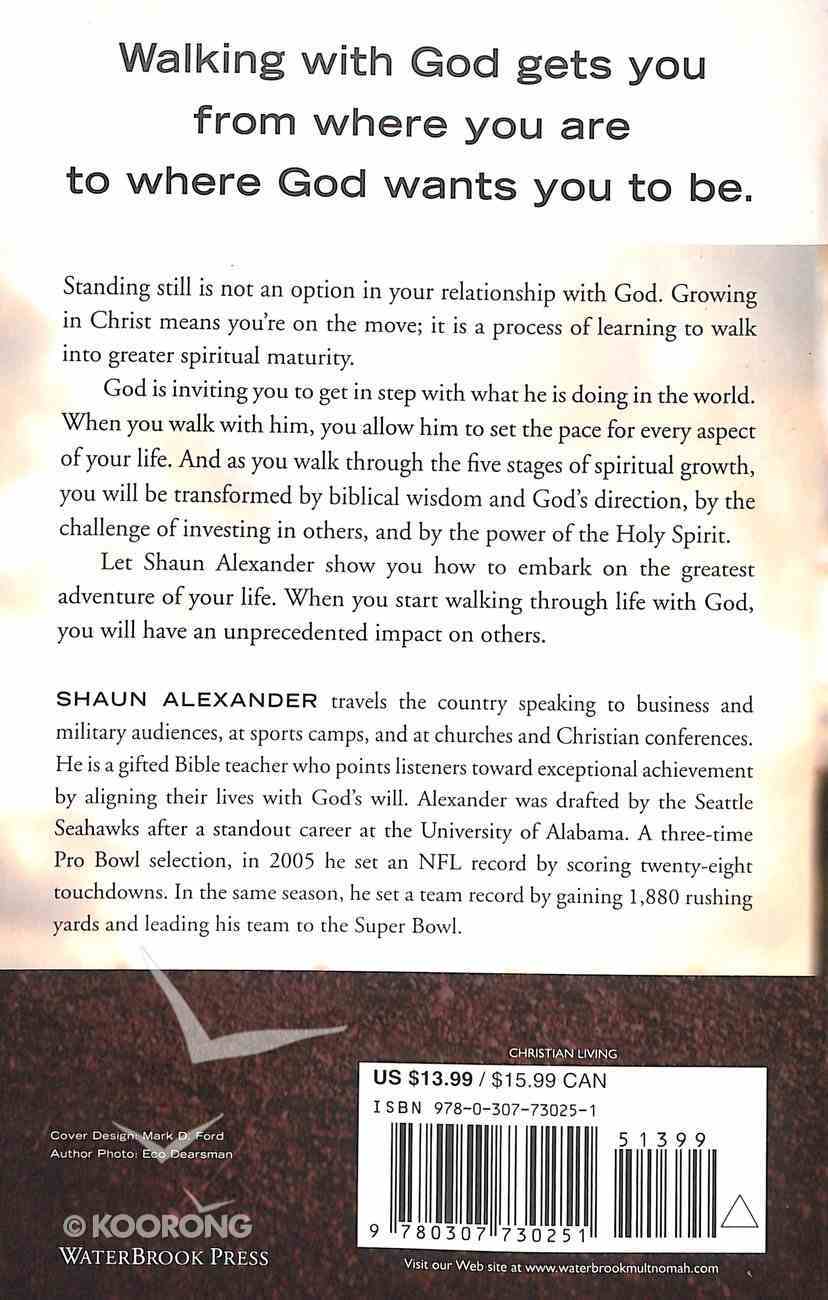 Walking with God gets you from where you are to where God wants you to be. Standing still is not an option in your relationship with God. Growing in Christ means you’re on the move; it is a process of...

The Very Good Gospel: How Everything Wrong Can Be Made Right
Lisa Sharon Harper
Paperback

The Last Arrow: Save Nothing For the Next Life
Erwin Raphael McManus
Paperback

Walking with God gets you from where you are to where God wants you to be.


Standing still is not an option in your relationship with God. Growing in Christ means you’re on the move; it is a process of learning to walk into greater spiritual maturity.


God is inviting you to get in step with what he is doing in the world. When you walk with him, you allow him to set the pace for every aspect of your life. And as you walk through the five stages of spiritual growth, you will be transformed by biblical wisdom and God’s direction, by the challenge of investing in others, and by the power of the Holy Spirit.


Let Shaun Alexander show you how to embark on the greatest adventure of your life. When you start walking through life with God, you will have an unprecedented impact on others.

Shaun Alexander is the star running back for the recent Super Bowl-contending Seattle Seahawks. He was voted the MVP (Most Valuable Player) in the National Football League for the 2005 season. Shaun was born in Florence, Kentucky, and now lives in Kirkland, Washington, with his wife and two young children.

Football has been more than a dream for me. I began playing as a young boy, back in Florence, Kentucky. With the help of coaches, my parents, and many others, I developed skills as a player and earned a football scholarship to the University of Alabama. There, I played for Coach Gene Stallings and Mike Dubose with the Crimson Tide. After college I was drafted in the first round (nineteenth overall) to play for the Seattle Seahawks.
My sixth season with the Seahawks was my breakout year. I set a number of team and NFL records and was named the NFL’s Most Valuable Player. At the conclusion of that season, we won the National Football Conference championship and went to the Super Bowl. Although we lost to Pittsburgh, that season was one of my best ever.
As I began my seventh season in 2006, I looked forward to building on what we’d accomplished the prior year. I trained hard and came to the season’s first game with great expectations. We opened that year against the Detroit Lions.
Sometimes life-changing events come to you with a sign written in huge letters that spell out “YOUR LIFE IS ABOUT TO CHANGE.” Other times the moment slips by with little or no recognition. That game against Detroit was one of the latter. I didn’t realize its significance until months afterward.
During that game a defensive lineman fell on my foot, pinning it in place between his body and the ground. He had shot through the line toward me, and as I cut left to escape his grasp, one of his teammates met me face to face. All three of us fell to the ground. This seemed like a normal play: you get the ball, you run, you get tackled. Pads crash, bodies hit the turf, the whistle blows, everybody gets up and tries it again. That’s football. That’s normal.
But on this play my left foot got sandwiched between the ground and the lineman’s three-hundred-pound body. As I trotted back to the huddle, I could feel the pain.
For a football player, physical pain is a way of life. Since I began playing organized football as a young boy, I have taken the field while nursing sprains, strains, and aches in almost every part of my body. That day against Detroit I didn’t think about the pain. But the pain in my foot never went away. I continued to play that day and carried the ball nineteen times for fifty-one yards. The pain was a distraction, and I failed to gain the yardage that I expected of myself, but I wasn’t too concerned.
After the game team doctors told me I had a bone bruise. That’s a medically nonspecific term for “You got hit hard, and the pain goes to the bone.” I spent time with the trainer but continued to play. Two weeks later, in a game against the New York Giants, the bruise became a fracture, and I was out most of the season.
Doctors told me to stay off my foot, so I spent a lot of time reading. One of the books I read goes deep into the reality of spiritual warfare. While reading The Call by Rick Joyner, I realized that God works in an orderly fashion; He is a God of order. And as I listened to God, I saw that some things in my life were out of order.