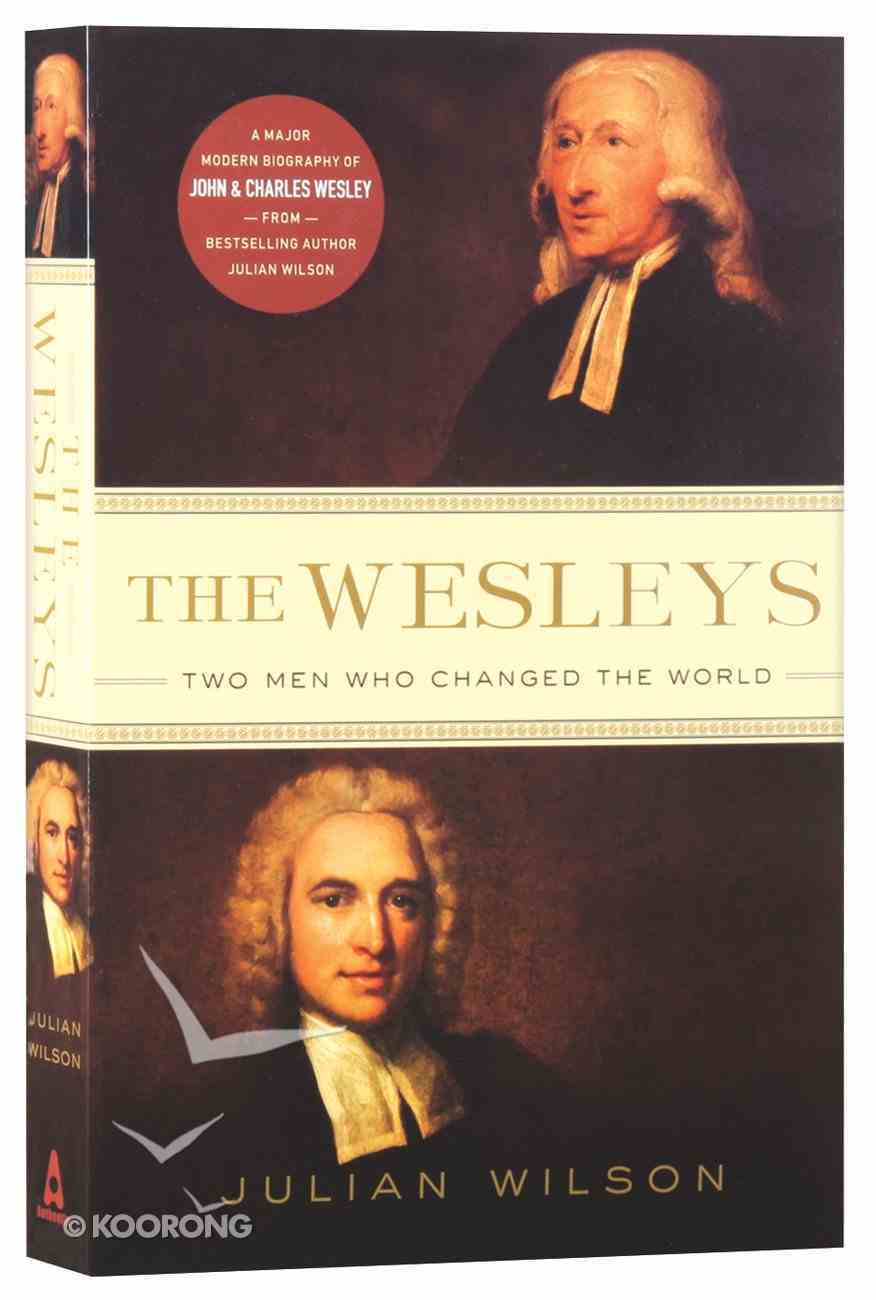 John and Charles Wesley are among the most influential Christians who have ever lived. The Methodist movement they founded changed the face of eighteenth century England, in an age that was rife with corruption, crime, and religious apathy. Over more...

John and Charles Wesley are among the most influential Christians who have ever lived. The Methodist movement they founded changed the face of eighteenth century England, in an age that was rife with corruption, crime, and religious apathy. Over more than five decades, John Wesley travelled ceaselessly on horseback, preaching gospel sermons that transformed whole communities. Charles Wesley became probably the most prolific hymn writer in history, his works still favourites in many congregations to this day.

In this comprehensive dual biography, best-selling author Julian Wilson provides a vividly detailed account of the Wesley brothers' lives and ministries, including their conversion experiences, their triumphs and failures, their relationships with women, their prison outreach, their writings and preaching, and, in John's case, supernatural ministry, involvement in the abolition of slavery, and educational and social welfare initiatives.

This engaging book will help readers to appreciate the significance of John and Charles Wesley in their own time, and understand why their spiritual legacy endures today.

In The Wesleys - Two Men Who Changed the World, Julian Wilson has produced a very inspiring book which will be useful for both the student and those who have never read about these remarkable men of the eighteenth century.

As a Methodist by background, converted from outside the church, I have been an avid reader and collector of all things Wesleyan. It is interesting that Wilson deals with John and Charles Wesley within the same book. The way in which God used these two brothers is one of the outstanding stories of church history.

With skill, Wilson weaves into his narrative an account of two lives, so intricately bound together and yet the impact of each is unique. The writer does not regard Charles Wesley as merely providing "the background music of early Methodism", but considers both brothers as powerful vehicles of evangelism in their own day and examples of what might still be achieved today.

Twenty-three independent chapters examine the various aspects of John's and Charles' ministries. Particularly fascinating are the chapters relating to their sojourn to North America, their association with George Whitefield and "The Wesleys and Women".

The two brothers were different by nature and made distinctive contributions. Their relationship was not always perfect; an example being how Charles clumsily intervened when John may well have married Grace Murray, the housekeeper from the Orphan House, Newcastle Upon Tyne. But despite all of this, their complementary ministries are a powerful witness to the power of the Holy Spirit.

I am pleased that Wilson, in drawing his studies to a conclusion, refers to the sad but telling account of how, when the younger brother Charles died, a letter informing John of this was misdirected and arrived too late for him to attend the funeral. It was just a fortnight later, when preaching in my home town of Bolton, that John read out one of Charles' hymns, "Wrestling Jacob" which includes the lines, "My company before is gone, And I am left alone with thee." As he read the words, he broke down before proceeding to preach the gospel. The incident reveals John's humanity and his abiding passion for Jesus Christ.

It was John's love for his brother that put in his heart a desire to write his biography, but unfortunately he was unable to complete it before his own death. However, his journal suggests that he had begun the work. The legacy of the Wesleys is evident in their huge spiritual influence across the worldwide church in places they themselves could never have dreamt of visiting.

I warmly commend the book as a reliable and well-documented account of two people who may have been among the greatest of a generation and whose influence has stretched far beyond their own day and still speaks meaningfully in the twenty-first century.

In this most comprehensive biography of John and Charles Wesley to date, best-selling author, Julian Wilson describes in vivid detail the brothers triumphs and failures, their conversion to true Christianity, their differing characters, their relationships with women, their prison outreach, their uncompromising preaching even when faced with death or serious injury, the growth of the Methodist movement and in Johns case, his supernatural ministry, his work as a physician, his involvement in the abolition of slavery and his educational and social welfare initiatives.
-Publisher

Julian Wilson has worked as an editor and writer for nearly thirty years. He is the author of Complete Surrender, a biography of the Olympic gold medallist and missionary, Eric Liddell and Wigglesworth, a biography of the British apostle and evangelist, Smith Wigglesworth. He spent 15 years living in Asia, but now resides in Australia with his wife and daughter.