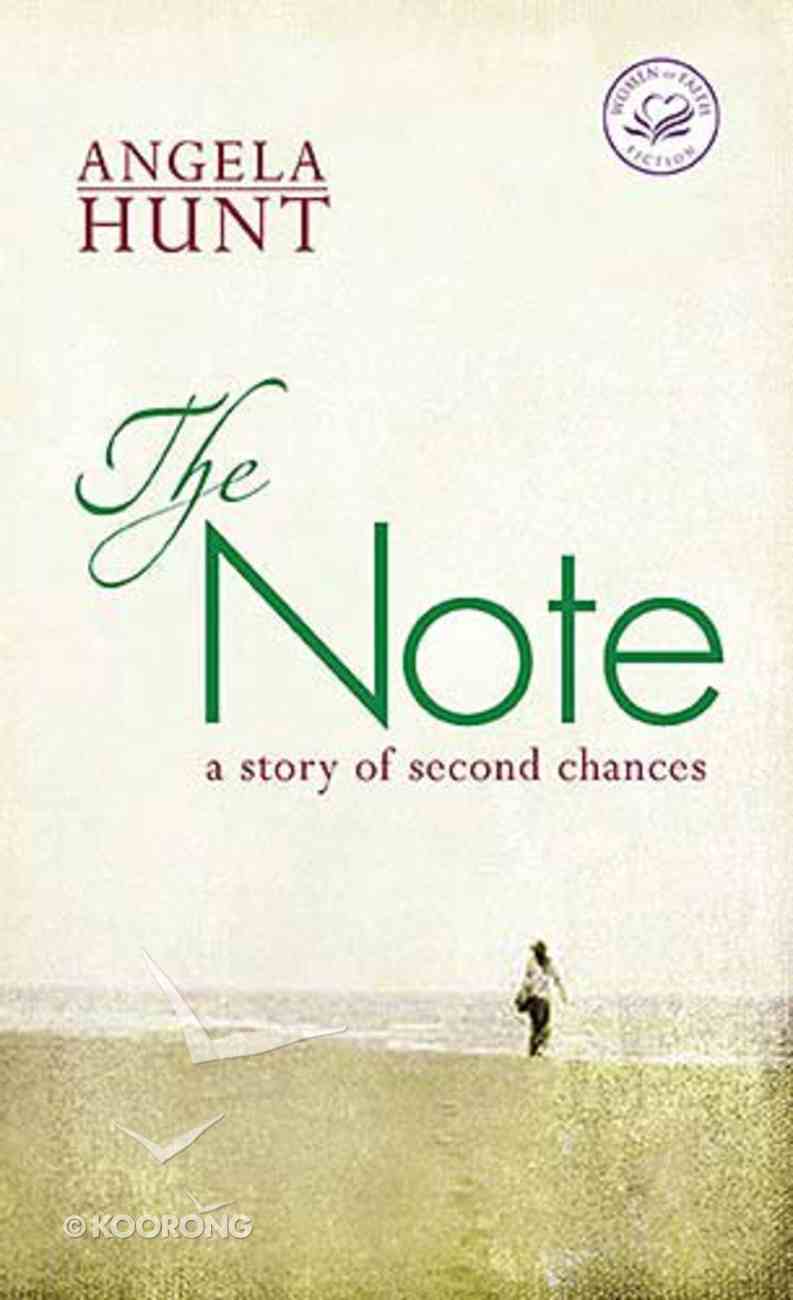 When the unthinkable happens...^En route from New York's LaGuardia Airport to Tampa International, Flight 848 bursts into flames and crashes into Tampa Bay. For one week, newspaper columnist Peyton MacGruder and her fellow reporters cover one of the nation's worst...

When the unthinkable happens...^En route from New York's LaGuardia Airport to Tampa International, Flight 848 bursts into flames and crashes into Tampa Bay. For one week, newspaper columnist Peyton MacGruder and her fellow reporters cover one of the nation's worst air disasters in years with overwhelming and numbed emotions. ^Then a woman Peyton's never met gives her a plastic bag that has washed up behind her house. The bag contains a note, almost certainly from the doomed flight, with a simple yet wrenching message: T- I love you. All is forgiven. -Dad^Combing through the passenger list to find the victims whose children's names begin with T, Peyton is determined to deliver the note to its proper owner. A quest which will prove as important to Peyton's own life as to the mysterious T.^"Women of FaithTM has shared the message of hope and grace with millions of women across the country through conferences and resources. When you see the words "Women of Faith Fiction" on a nov
-Publisher


The sultry breeze carried not a single hint that the summer afternoon would give birth to the worst aviation disaster in American history. At New York's bustling LaGuardia Airport, thousands of passengers clutched belongings, flashed driver's licenses, and gripped boarding passes before departing for far-flung destinations across the globe.


Every one of them had made plans for the evening.


At gate B-13, 237 passengers waited for a jet that would carry them to Tampa International Airport. Their reasons for traveling were as varied as their faces: some hoped for a few days of fun, others looked forward to work, others yearned to see family. A pleasant mood reigned in the lounge area despite the jet's late arrival. Chuck O'Neil, one of the PanWorld gate attendants, told jokes to pass the time. Four standby passengers smiled in relief when they were told seats were available.


PanWorld Flight 848, which had originated at TIA, touched down at LaGuardia at 2:38 p.m., almost an hour late. Two hundred fifty passengers and crew disembarked from the Boeing 767, which had developed problems with a pressure switch in the No. 1 engine. The trouble was nothing unusual, considering the age of the twenty-two-year-old plane, and Tampa mechanics had corrected the problem while others performed routine maintenance.


In the gate area, families kissed their loved ones good-bye while other travelers placed last-minute calls on their cell phones. Five passengers were PanWorld employees utilizing one of their employment perks: free travel on any flight with available seating. Debbie Walsh, a ticket agent with PanWorld, was taking her nine-year-old son to visit his father in Florida.


Forty-nine-year-old Captain Joey Sergeant of Tampa stepped out for a cup of fresh coffee before returning to the cockpit. With him were flight engineer Ira Nipps, sixty-two, of Bradenton, Florida, and first officer Roy Murphy of Clearwater. Together the three men had logged more than forty-six thousand hours of flight experience.


On the tarmac, PanWorld employees loaded the belly of the plane with golf bags, suitcases, backpacks, and two kennels-one occupied by a basset hound belonging to the Cotter family from Brooklyn, another by a ten-week-old Siberian Husky, a present for passenger Noland Thompson's grandchildren in Clearwater. While baggage handlers sweated in the afternoon sun, mechanics poured twenty-four thousand gallons of fuel into the jet.


The flight attendants boarded the waiting travelers with little fuss. Among the 237 passengers were Mr. and Mrs. Thomas Wilt, who planned to cruise the Caribbean from the port of Tampa; Dr. and Mrs. Merrill Storey, who hoped to buy a condo in St. Petersburg; and the Darrell Nance family-two parents and four children, all bound for Disney World after a day at Busch Gardens. First-class passenger Tom Harold, defensive coach for the Tampa Bay Buccaneers, boarded with his wife, Adrienne. To celebrate their fortieth wedding anniversary, the couple had taken a quick trip to New York to catch her favorite play, Les Misérables, on Broadway.


Forty-eight of the PanWorld passengers were students from Largo Christian School-recent graduates whose senior class trip had been postponed until mid-June to avoid conflicting with final exams. The students and their nine chaperones had missed an earlier flight, and many were openly thanking God that the airline could accommodate the entire group on Flight 848.


Shortly before 4:00 p.m., flight attendants sealed the doors, then airline workers pushed the 767 back from the gate. On the flight deck, Captain Sergeant started the four Pratt & Whitney engines. After checking with air traffic controllers in the tower, the plane taxied to its assigned runway.


At 4:05, controllers cleared the jet for takeoff. By 4:15, Flight 848 was airborne, her wheels tucked back into the well, her nose lifted toward the stratosphere. After a short circling climb over New York Harbor, Captain Sergeant began a graceful turn to the south, toward Florida and sunny skies.


The pilots couldn't have asked for better weather. Temperatures in Tampa were in the high eighties, the humidity a sultry 70 percent. No clouds marred the horizon for as far as the pilots could see. The captain took the jet to 35,000 feet, typical cruising altitude for the 767, and held it at 530 miles per hour. Once the plane was safely settled into her flight path, he checked the passenger list and noticed that he flew with two empty seats. Florida flights often sold out at this time of year.


The passengers set about the business of making time pass as quickly as possible. They closed their eyes to nap, clamped on headphones, browsed through magazines, or peered at dusty paperbacks they'd picked up from the airport bookstore. The high school graduates in the back of the plane laughed and shouted across the aisles as they shared stories of their Manhattan adventure.


The flight attendants unfastened their seat belts and whisked out the drink carts, murmuring "Watch your elbows" with every step they took down the aisle.


One of those flight attendants was Natalie Moore. She had joined the flight in New York at the last moment, filling in for a steward who had taken ill. Before leaving New York she told a roommate she was looking forward to her first visit to Tampa. A rookie with the airline, she had graduated from flight school in Atlanta and moved into Kew Gardens, a New York neighborhood primarily populated by young flight attendants who worked out of LaGuardia and Kennedy Airports.


As the hands of her watch moved toward five o'clock, Natalie and her coworkers began to serve dinner. Passengers had a choice of entrées: baked chicken breast or sirloin steak, both accompanied by green beans and salad. As soon as the flight attendants served the last of the dinner trays, they cleared their cart and pushed it aft to begin cleanup. The flight from New York to Tampa did not allow much time for lingering over dinner, and only because Flight 848 flew during the dinner hour was a meal offered at all.


At 6:06, after nearly two hours of uneventful flight, Captain Sergeant began his descent. At 6:18, air traffic controllers at Tampa International cleared the incoming flight to drop from 15,000 to 13,000 feet. As usual, the pilot responded by repeating his instructions: "PW 848, out of one-five for one-three."


On board, passengers on the right side of the plane caught a dazzling view of Florida's Sun Coast-white beaches, pool-studded backyards, and green treetops, all bordered by the wide, blue expanse of the Gulf of Mexico.


In the galleys, flight attendants locked the drink carts into their stowed positions, getting ready to make a final pass down the aisle. Natalie Moore moved through the cabin reminding passengers to be sure their seatbacks and tray tables were in their upright and locked positions. As she waited for a rambunctious teenager to comply, she bent to glance at the horizon. The sun, slipping toward the ocean, had painted the sky in a riot of pinks and yellows.


At 13,389 feet, while Natalie and the other crew members went about their work, the torrent of air rushing past a loose screw on the fuselage outside the fuel tank created a spark. The electrical fuses tripped, and at 6:29 the plane's radio and transponders fell silent. Captain Sergeant sent a distress call, but no one heard it.


The loose screw continued to spark.


A few moments later, a man sitting in row 24, seat C, noticed three of the attendants huddled in the galley, their arms around each other. One wiped away a tear, while another bowed her head as if to pray.


"Isn't that nice." He nudged the woman sitting next to him. "Look-they've had a tiff, and now they're making up."


Leaning forward, the man in 24-C looked out the window and saw that they were descending in a curving path, moving over water toward land. Though the atmosphere in the cabin hummed with tension, he remained hopeful. The jet was coming down in a relatively smooth spiral above the choppy waters between the Howard Frankland and Causeway Campbell Bridges. The airport lay just beyond.


As the people around him fumbled to obey the flight attendants, he pulled a sheet of paper from his coat pocket and scribbled a message. Glancing out the window again, he saw the blue of the water and felt a flash of inspiration. Digging in another pocket, he produced a plastic bag, then tucked the note inside and secured the seal.


Smiling, he looked up at the pale stewardess standing in the aisle, her mouth a small, tight hyphen. "Sorry," he said, noticing that everyone around him had already bent forward to prepare for an emergency landing. "I wanted to take care of something. I'm sure we'll be all right, so tonight I'll laugh and give this to my-"


He never finished his sentence. A spark from the fuselage ignited the fuel vapors, and Flight 848 exploded. At 6:33 p.m., pieces of the plane began to rain down into the waters of Tampa Bay.


Among the shards and debris was a note.