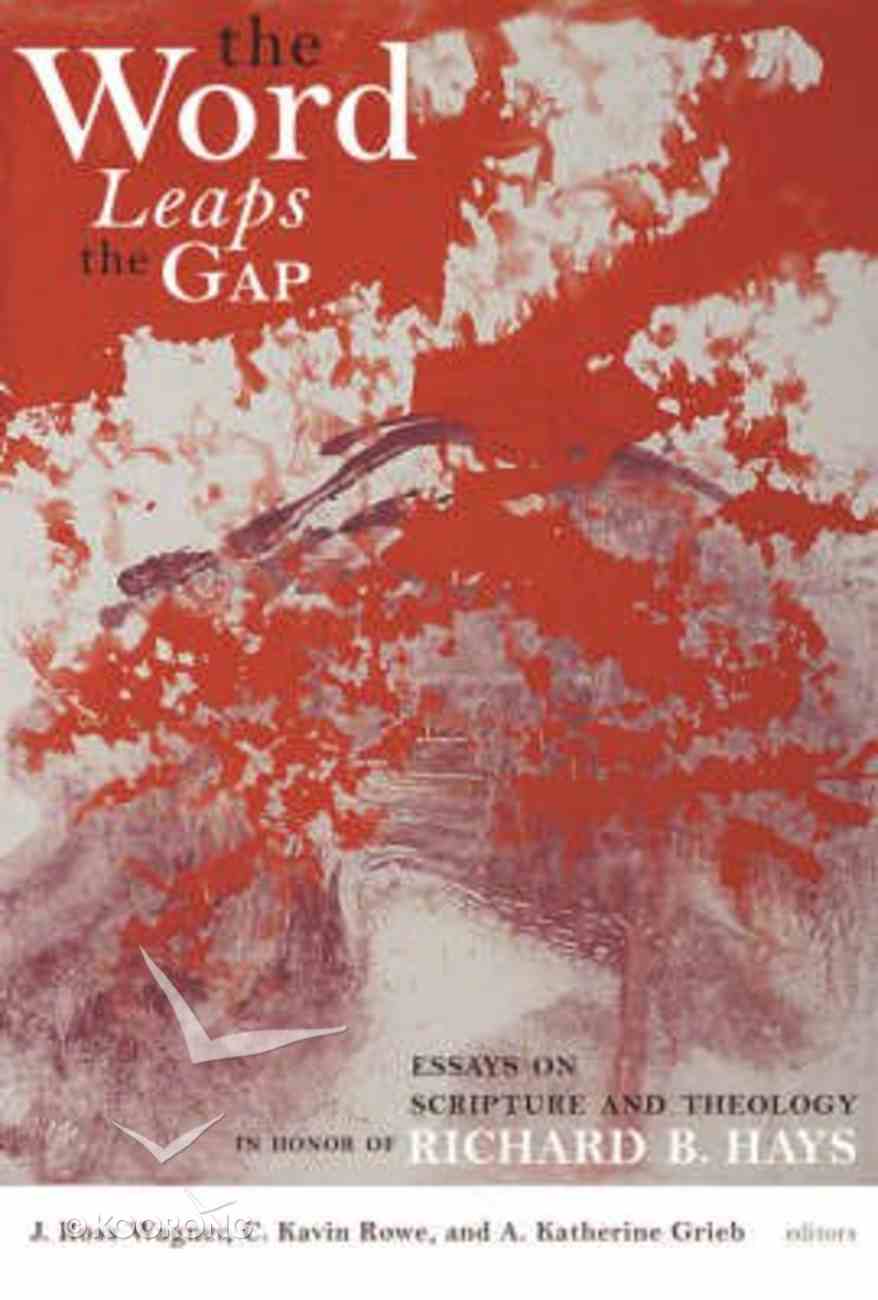 The Word Leaps the Gap

This Festschrift is offered to Richard Hays in celebration of his sixtieth birthday as a token of gratitude from colleagues and friends whose scholarly imaginations have been sparked in numerous ways by his generative insights. ^^Contributors:^^Dale C. Allison Jr.,^Gary A....

1 Available
Expected to ship on Monday from Australia.
Learn More
Free Shipping
for orders over $99.

The Hidden and the Manifest: Essays in Theology and Metaphysics
David Bentley Hart
Paperback

The Way of the Wesleys: A Short Introduction
John R Tyson
Paperback


This is a collection of essays to celebrate Richard Hays' 60th birthday. It is written by colleagues and friends whose scholarly imaginations have been sparked in numerous ways by his insights.
-Publisher

J. Ross Wagner (Ph.D., Duke University) is associate professor of New Testament at PrincetonTheological Seminary. His interests and courses focus on the interpretation of Scripture in the Second Temple period and early Christianity, the Septuagint, the history of early Judaism, and Pauline theology. His publications include: Heralds of the Good News: Paul and Isaiah In Concert in the Letter to the Romans. Supplements to Novum Testamentum 101 (Leiden: Brill, 2002), Philippians (Baylor Handbook on the Greek New Testament) and Isaiah LXXC (Commentary on the Septuagint, Brill).
Koorong - Editorial Review.

The Rev'd A. Katherine Grieb,(J.D. from Columbus School of Law at Catholic University of America; Ph.D. with distinction in theology from Yale University) is Professor of New Testament at Virginia Theological Seminary. She is the author of The Story of Romans: A Narrative Defense of God's Righteousness and Conversations With Scripture: Hebrews (Anglican Association of Biblical Scholars), and is preparing a book onThe Sermon on the Mount.
Koorong - Editorial Review.