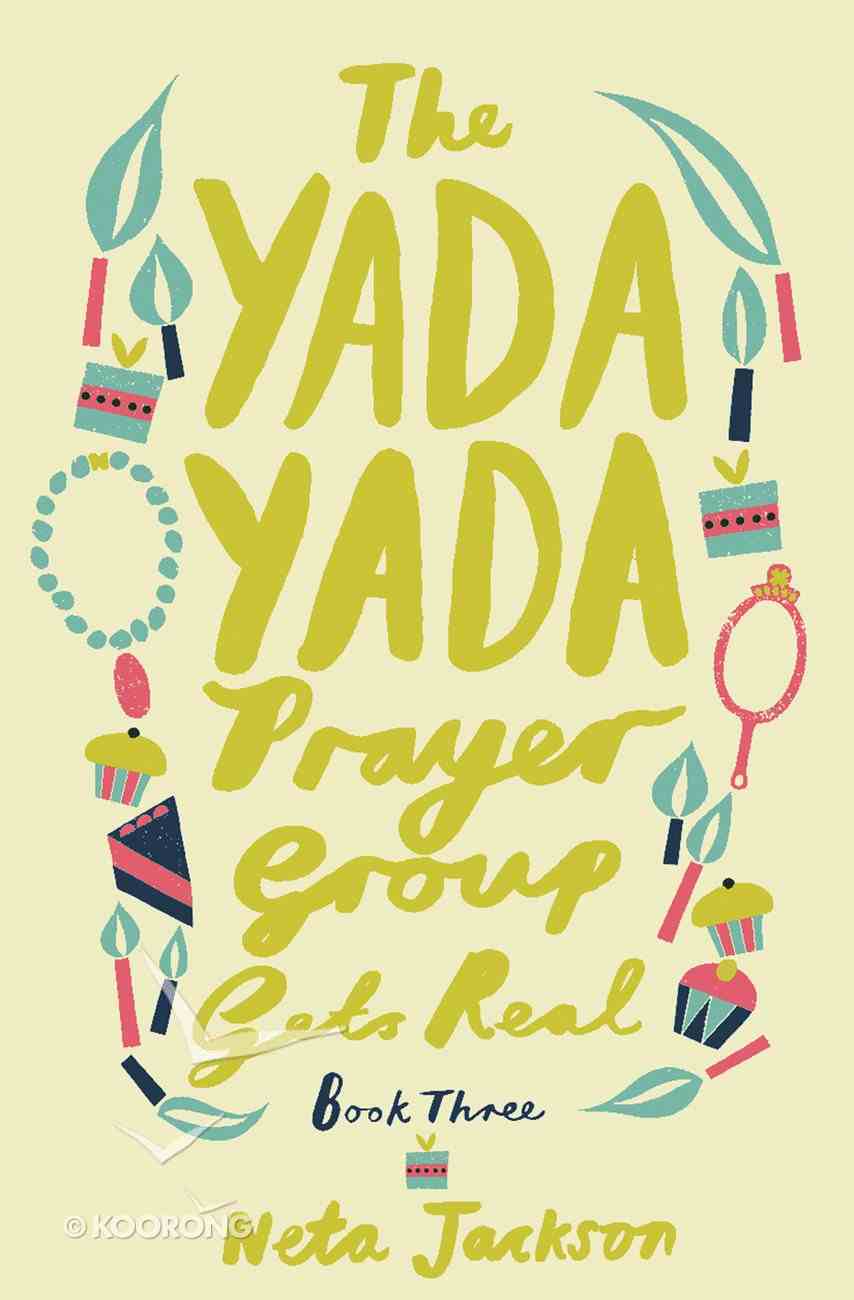 The Yada Yadas thought they had a handle on forgiveness, but it seems God has them on a crash-course to an even deeper level. ^^ After everything the Yada Yadas had been through in the past eight months, I told...

The Yada Yadas thought they had a handle on forgiveness, but it seems God has them on a crash-course to an even deeper level.

^^
After everything the Yada Yadas had been through in the past eight months, I told God I could sure use a little "dull and boring" in the new year! But that was before Leslie "Stu" Stuart moved in upstairs. Ms. Perfect herself and me--Jodi Baxter--living in the same two-flat? A recipe for collision. Then Delores Enriquez's son Jose wanted to throw my Amanda a quinceanera--a coming-out party, Mexican style--and they're only fifteen!

^^
At least Bandana Woman, who held up our Yada Yada Prayer Group at knifepoint last fall, was safely locked up in prison . . . or so I thought. We visited her, like the Bible says; even sent her something for Christmas. But then she ends up back in our face. I mean, how far is forgiveness supposed to go?

^^
I guess I should have realized that with eleven Yada Yada sisters as diverse as a bag of Jelly Bellies, life would always be unpredictable. All I know is that the longer we Yada Yadas pray together, the more "real" things are getting, not only with each other but with God. Dull and boring? Not a chance.

The sisters of the Yada Yada Prayer Group are learning how to be real-with each other and with God.


After a particularly exhausting year with the Yada Yada Prayer Group, all Jodi Baxter wants is a break. She even asks God for a little "dull and boring" in the new year. Instead she finds that when you're open to His plans, life is unpredictable-in the best and hardest ways.


Jodi's life is suddenly full of changes, and they can be described as anything but boring. Out of all the Yada Yadas, God has Leslie "Stu" Stuart move into the Baxter's upstairs flat, which requires a lot of patience-and tongue-biting-on Jodi's part. She's continually unnerved by guilt stemming from the accident and dreads the day when she comes face-to-face with Hakim's mother. Plus, Bandana Woman, who was safely locked up in prison, has returned. Phew!


Through prayer and friendship, the Yada Yadas are getting real. Dull and boring? Not a chance.