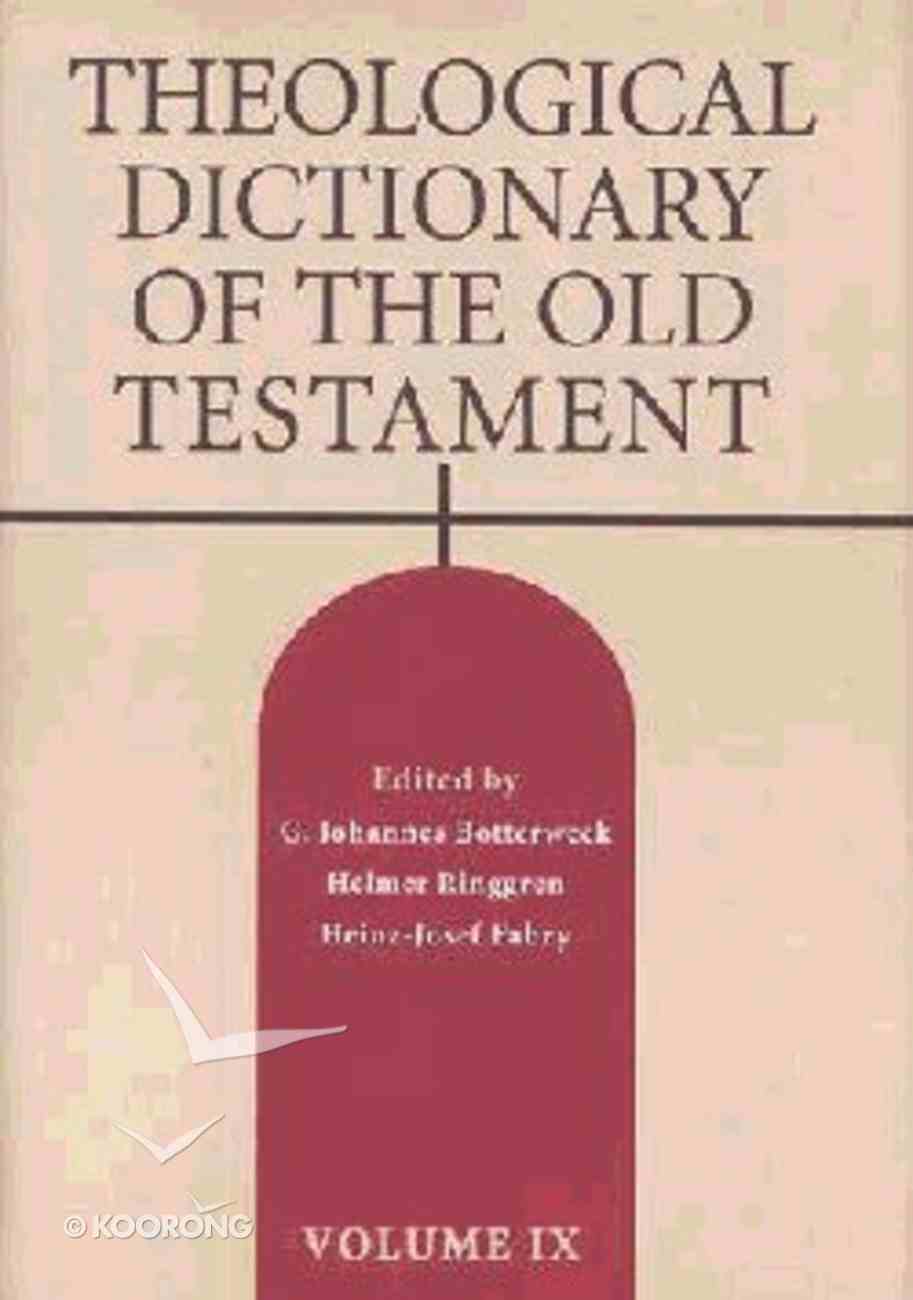 This volume expands the availability of the English edition of Theologisches Wörterbuch zum Alten Testament, long regarded as a fundamental reference tool for biblical studies. Produced by fifty-one contributors from thirteen countries, this newest TDOT volume represents the best in...

This volume expands the availability of the English edition of Theologisches Wörterbuch zum Alten Testament, long regarded as a fundamental reference tool for biblical studies. Produced by fifty-one contributors from thirteen countries, this newest TDOT volume represents the best in current biblical and theological scholarship. 600 pages, from Eerdmans.

Volume IX of the highly respected "Theological Dictionary of the Old Testament" expands the availability of this fundamental reference tool for biblical studies.^Ranging from marad ("rebel") to naqa ("pour out, be free, innocent"), the eightythree articles include thorough etymological analysis of the Hebrew roots and their derivatives within the context of Semitic and cognate languages, diachronically considered, as well as Septuagint, New Testament, and extracanonical usages.^Among the articles of primary theological importance included in Volume IX are these: moseh ("Moses"), masah, masiah ("anoint, anointed"), mispat ("judgment, justice"), nabi ("prophet"), nahal ("inherit"), and nepes ("sell, person").^Now featuring new, redesigned dust jackets, TDOT continues to represent the best in current biblical and theological scholarship.
-Publisher