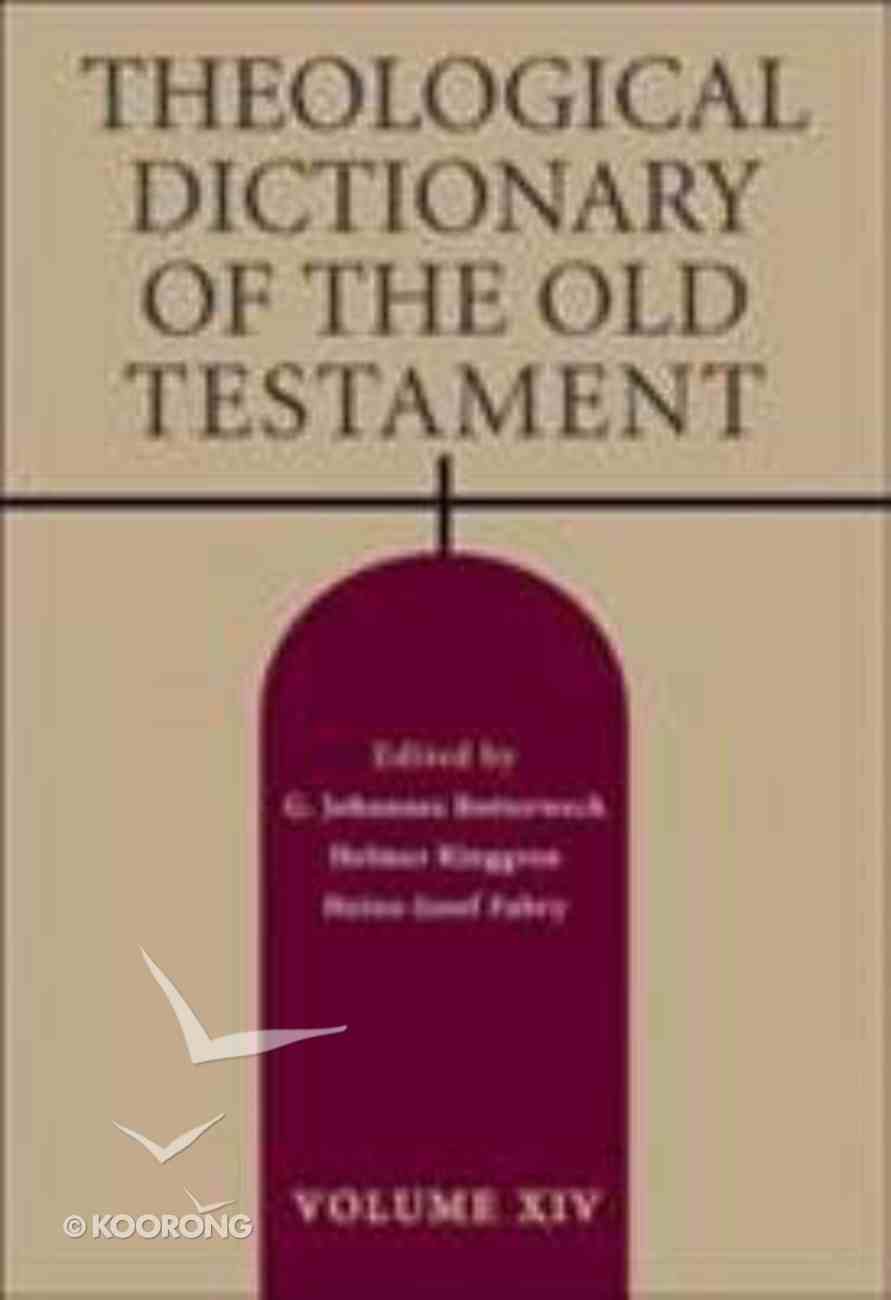 This multivolume work is still proving to be as fundamental to Old Testament studies as its companion set, the Kittel-Friedrich "Theological Dictionary of the New Testament," has been to New Testament studies. Beginning with 'abh ('ab), "father," and continuing through the alphabet, the TDOT volumes present in-depth discussions of the key Hebrew and Aramaic words in the Old Testament. Leading scholars of various religious traditions (including Roman Catholic, Lutheran, Reformed, Anglican, Greek Orthodox, and Jewish) and from many parts of the world (Denmark, France, Germany, Great Britain, Greece, Israel, Italy, the Netherlands, Norway, Sweden, Switzerland, and the United States) have been carefully selected for each article by editors Botterweck, Ringgren, and Fabry and their consultants, George W. Anderson, Henri Cazelles, David Noel Freedman, Shemaryahu Talmon, and Gerhard Wallis. The intention of the writers is to concentrate on meaning, starting from the more general, everyday senses and building to an understanding of theologically significant concepts. To avoid artificially restricting the focus of the articles, TDOT considers under each keyword the larger groups of words that are related linguistically or semantically. The lexical work includes detailed surveys of a word's occurrences, not only in biblical material but also in other ancient Near Eastern writings. Sumerian, Akkadian, Egyptian, Ethiopic, Ugaritic, and Northwest Semitic sources are surveyed, among others, as well as the Qumran texts and the Septuagint; and in cultures where no cognate word exists, the authors often consider cognate ideas. TDOT's emphasis, though, is on Hebrew terminology and on biblical usage. The contributors employ philology as well as form-critical and traditio-historical methods, with the aim of understanding the religious statements in the Old Testament. Extensive bibliographical information adds to the value of this reference work. This English edition attempts to serve the needs of Old Testament students without the linguistic background of more advanced scholars; it does so, however, without sacrificing the needs of the latter. Ancient scripts (Hebrew, Greek, etc.) are regularly transliterated in a readable way, and meanings of foreign words are given in many cases where the meanings might be obvious to advanced scholars. Where the Hebrew text versification differs from that of English Bibles, the English verse appears in parentheses. Such featur
-Publisher

Volume XIV of the highly respected "Theological Dictionary of the Old Testament" expands the scope of this fundamental reference tool for biblical studies. Ranging from guilt to settle, dwell, these seventy-seven articles include thorough etymological analysis of the Hebrew roots and their derivatives within the context of Semitic and cognate languages, diachronically considered, as well as Septuagint, New Testament, and extracanonical usages. Among the articles of primary theological importance included in Volume XIV are these: adversary, hate, Sheol, ask, rod, staff, tribe, Sabbath, and turn around . Each article is fully annotated and contains an extensive bibliography with cross-references to the entire series.
-Publisher