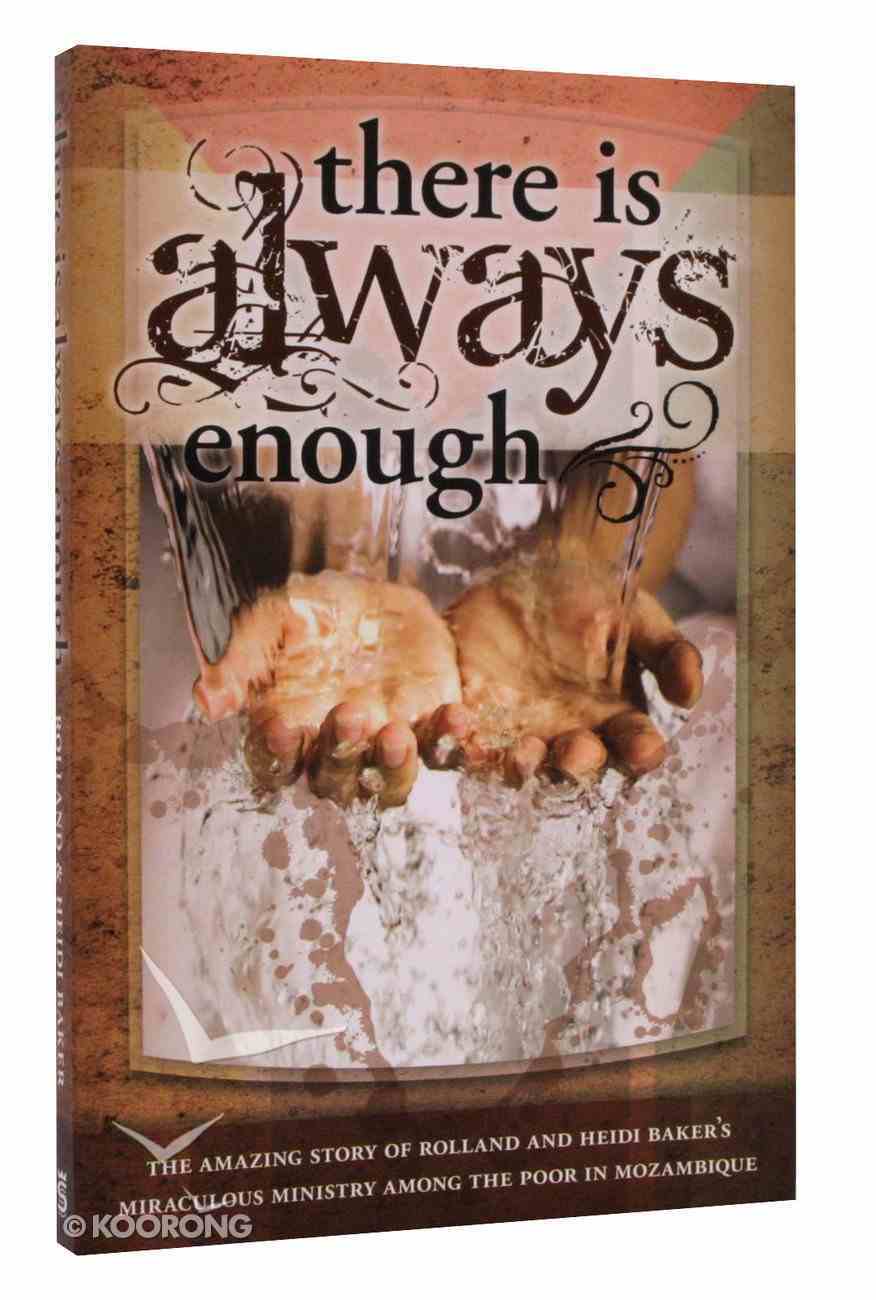 There is Always Enough

Today in one of Southern Africa's most disaster-torn nations, Rolland and Heidi Baker are at the center of a major move of God's Spirit. The last four years have seen them plant and take responsibility for around 6,000 churches as...

God's Got This
Heidi Baker
eBook

Today in one of Southern Africa's most disaster-torn nations, Rolland and Heidi Baker are at the center of a major move of God's Spirit. The last four years have seen them plant and take responsibility for around 6,000 churches as thousands of Mozambiquans have given their lives to Christ in an unprecedented revival. During this time, they have also witnessed numerous acts of God's power. Miracles of provision, healing, deliverance, and even raising the dead, have become every day occurrences. This adventure began when Rolland and Heidi Baker, founders of IRIS Ministries, and both natives of California, USA, answered God's call to minister to the poorest of the poor. Rolland describes this best in the introduction to the forthcoming book that tells the story, " There's Always Enough". In his introduction to the book, Rolland Baker says: "Jesus developed our faith over the years in many countries and ministry situations for a reason. Today He has given us oversight over five thousand churches in one of the poorest areas of the world. We live in Mozambique, in the south-east corner of Africa, a land that has suffered horribly from decades of warfare and natural disaster. Finally the people are desperate for Jesus and no other. Revival is spreading. In large sections of central Mozambique and southern Malawi we have simple, mud-hut churches in virtually every village. They grow until there are as many as can hear the sound of a preacher's voice." "More are being added continuously, and now others in countries around us are calling for ministry and help, desperate to be a part of this fire. The gospel of Jesus Christ is enough for them all. He is good and faithful,the Master Lover. They just want Him. They have been poor and wretched, but now they possess all things in Him. We dare to approach them, we dare to preach to them, we dare to pick up the helpless, abandoned and dying, because He died for us and rose again on our behalf. We eat and drink from His body and blood, and as a result, there will always be enough..."
-Publisher

Heidi and Rolland Baker, natives of Southern California, served as missionaries in Indonesia and Hong Kong before following God's call eight years ago to Mozambique. Facing overwhelming need, the Bakers have seen God provide miraculously for many hundreds of children through their ministry, and many more people through over five thousand churches that their mission has planted in ten countries.

Finding Faith in Unexpected Places: How a Spiritual Awakening on the Hippy Trail Led to Sharing God's Love in Nepal
Geoff Walvin
Paperback