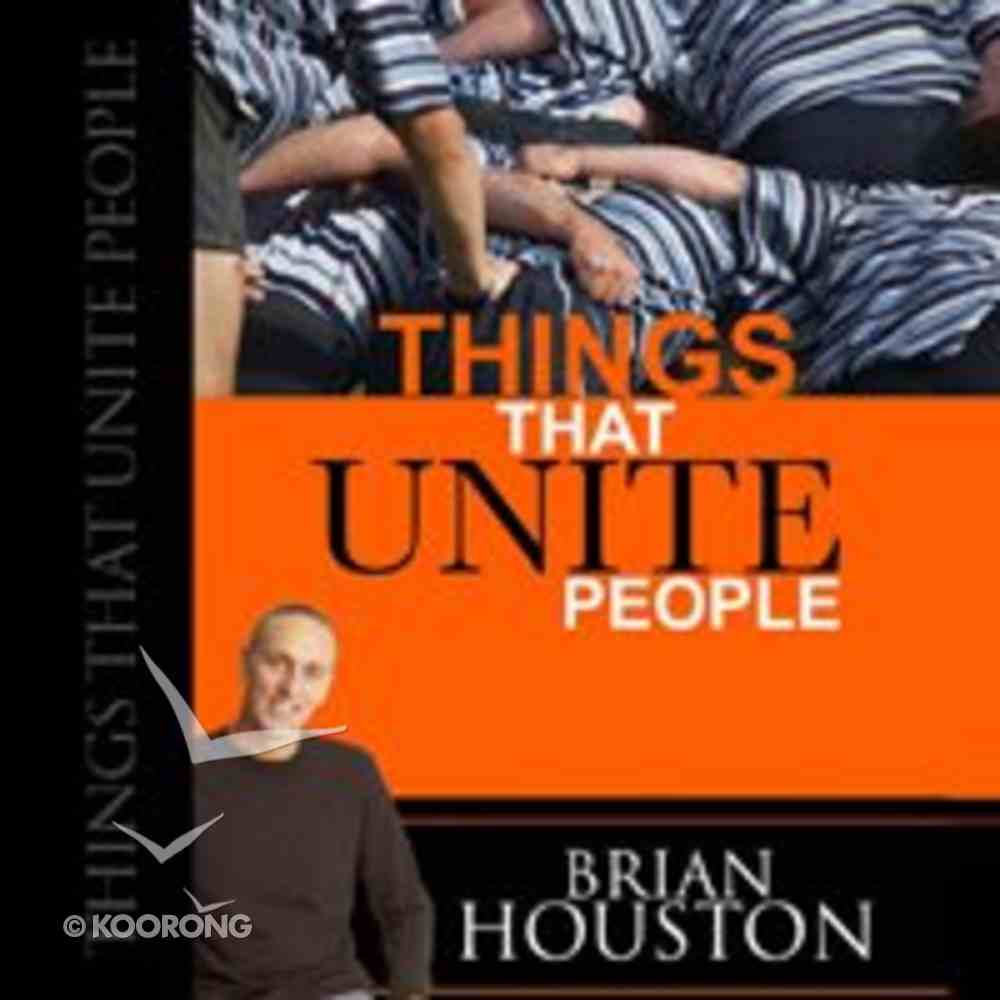 There is a big difference between a team of champions and a champion team. Together we can achieve so much more than one individual can alone. We should never underestimate the power of unity, where people pull together with shared...

How the Enemy Attacks Through People (1 Cd)
Joyce Meyer
CD

Pressing in and Pressing on (4 Cds)
Joyce Meyer
CD

There is a big difference between a team of champions and a champion team. Together we can achieve so much more than one individual can alone. We should never underestimate the power of unity, where people pull together with shared passion and single purpose. The Bible describes this as 'good and pleasant', where God commands His blessing. The blessing of unity translates into every area of our lives - at home, in the workplace, and even at church. Sadly, disunity can flourish in these same areas.

In this teaching series of four messages, Brian Houston examines six significant things that can bring people together. By building the right things into our lives, we can know the power of unity and experience the promise of God's blessing. In doing so, we will bring healing and strength, rather than a weakened state of division and disunity.
- Publisher.

Many Pastors and ministry leaders regard Pastor Brian Houston as one of the most well-loved and influential church statesman in the world.
He is a pioneer, along with his wife, Bobbie, they are the Senior Pastors of Hillsong Church; a local church with 17 global campuses and over 100,000 people in weekly attendance. Known for it's healthy approach to Church life, Mission, Innovation, College and Praise and Worship, Hillsong's Conferences are attended by tens of thousands of pastors and leaders from around the globe every year. Hillsong Conference and Colour Women's Conferences are held in some of Sydney and London's largest arenas and stadiums, with a focus on championing the cause of the local church.


Pastor Brian's bold and innovative leadership style has opened doors for many others to be serving God in highly effective ways; resulting in many great young men and women making significant contributions to both church and society in various walks of life in Australia and across the world.


His teaching resources and podcasts are in high demand - connecting people to Biblical truths, with a unique ability to apply them to everyday issues of life. Pastor Brian's warm and yet confronting style has gained a worldwide audience of over 10 million through Hillsong Television, one of Hillsong Church's primary mission endeavours. Hillsong Television can be watched from nearly every nation, through traditional TV platforms and digital Internet technology.


Today, Hillsong Church is described as "One House, with many rooms." Currently, it comprises of multiple campuses in Australia, plus more than a dozen extension services and a citywide network of connect groups. Hillsong's global congregations continue to add life and depth to this local church, with campuses in influential cities such as London, Cape Town, Kiev, Moscow, Paris, Stockholm, Germany, Amsterdam, Copenhagen, Barcelona, New York City, Los Angeles, California and soon to be introduced to the Latin world with Hillsong Buenos Aires and Hillsong San Paulo launching in early 2016. Each Hillsong Church plant is passionate about the local communities in which they operate and place a strong emphasis on social justice and helping people both within their own city and abroad.


Brian grew up in New Zealand to parents who were Salvation Army officers and always felt called to be a part of the local church. Today, after more than 30 years of marriage, and after pastoring Hillsong Church for 28 years, Brian and Bobbie have three adult children, six grandchildren and MANY spiritual sons and daughters who often affectionately call him "The Big Eagle." (Who knows why!?)

How the Enemy Attacks Through People (1 Cd)
Joyce Meyer
CD

Pressing in and Pressing on (4 Cds)
Joyce Meyer
CD