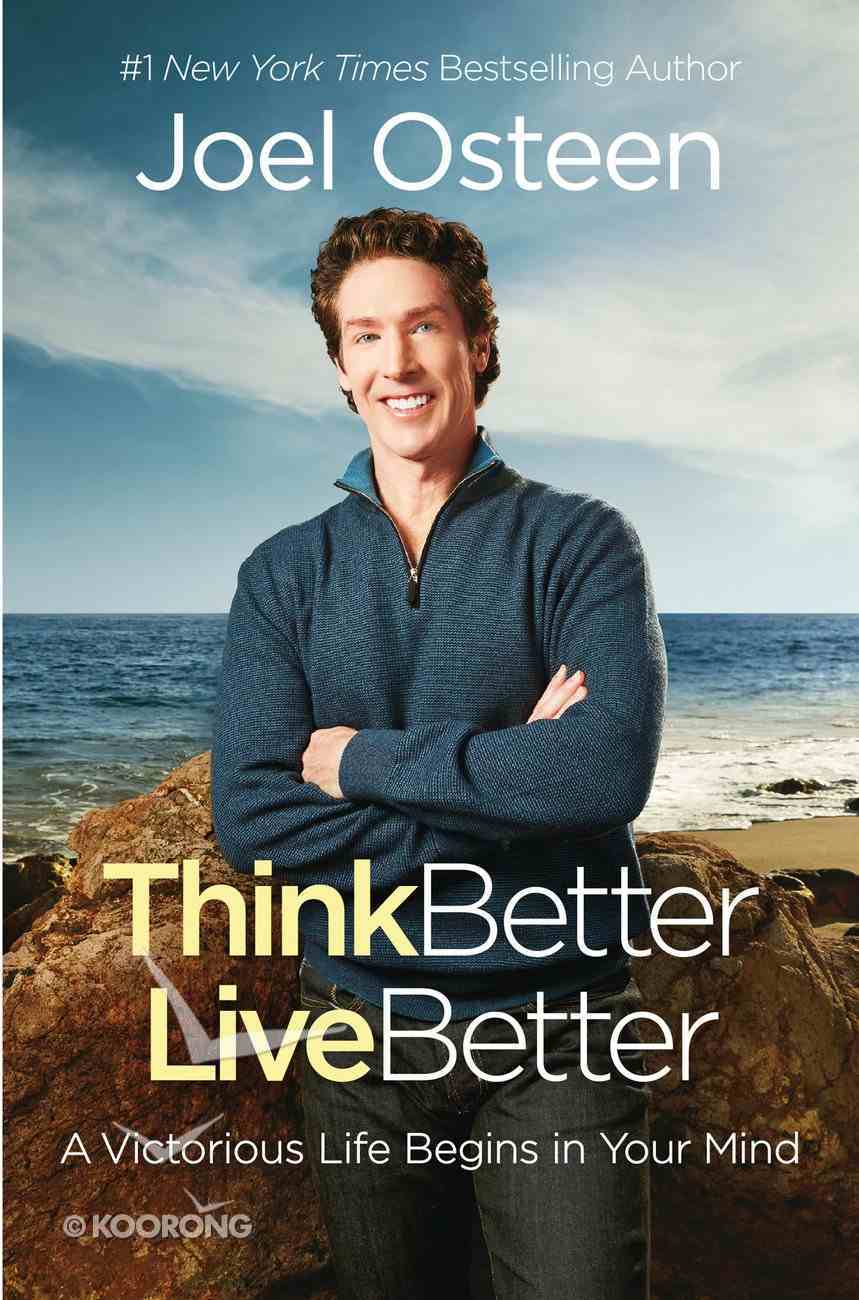 Change your life, reprogram negative thinking, and lead a more blessed, fulfilled life with these everyday lessons from Lakewood Church pastor and #1 New York Times bestselling author Joel Osteen. Your mind has incredible power over your success or...

The Power of I Am
Joel Osteen
eBook

You Can, You Will
Joel Osteen
eBook

Usted Puede, Y Lo Har (You Can, You Will)
Joel Osteen
eBook

Your mind has incredible power over your success or failure. Think Better, Live Better offers a simple yet life-changing strategy for erasing the thoughts that keep you down and reprogramming your mind with positive thinking to reach a new level of victory. As a child of the Most High God, you are equipped to handle anything that comes your way. To claim your destiny, start thinking about yourself the way God does and delete the thoughts that tear down your confidence. When you train yourself to tune out the negativity and tune into your calling, you'll begin to live the wonderful plans God has made for you.
-Publisher