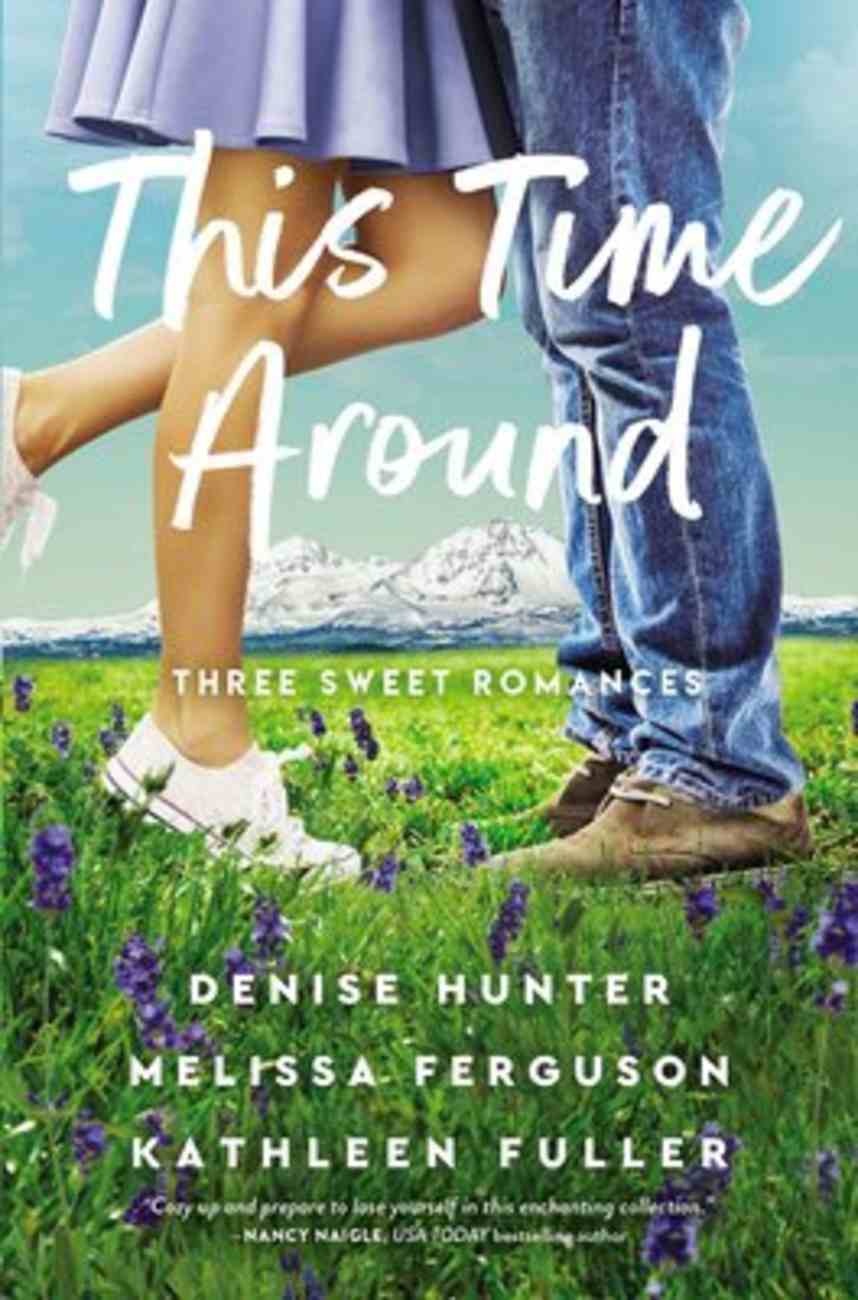 This Time Around: Three Sweet Romances

: A Summer Detour by Denise Hunter In order to prove herself to her parents, free-spirited Allie Adams undertakes the responsibility of delivering her grandparents' newly-restored '57 Chevy for their 50th wedding anniversary party. But an unfortunate oversight forces...

:
A Summer Detour by Denise Hunter


In order to prove herself to her parents, free-spirited Allie Adams undertakes the responsibility of delivering her grandparents' newly-restored '57 Chevy for their 50th wedding anniversary party. But an unfortunate oversight forces her to make the road trip with Luke Fletcher, the man who callously broke her heart years ago.


The journey soon dissolves into a series of misfortunes, obliging the antagonistic travelers to spend even more time together. As they overcome challenges and obstacles, they remember the spark that once flared between them. But they must decide if they're willing to risk their hearts again-or if the personal cost is simply too great.


Pining for You by Melissa Ferguson


Theo Watkins III is a respectable man-the kind who drives a Tesla, not a tractor. But when he discovers that the caretaker of his family-inherited Christmas tree farm is injured during planting season, he drives up to support the man who has been like a father to him.


Three months into her move back to the family farm, Skye Whitesides expected to run into Theo eventually. What she didn't expect was for Theo to offer up his services for the farm. Not that he has any services-her childhood best friend and the man who broke her heart seventeen years ago wouldn't know which part of the shovel was the handle. As the two are forced to work together, she finds herself lowering her guard and starting to trust Theo. Is he truly the man she hopes him to be, or will he break her heart again?


Thirty-five-year-old Sophie has spent years making her floral shop, Petals and Posies, a success, and her love life has suffered. She's avoided romance since her ex broke her heart, but now she's ready to start dating again.


Joe, also thirty-five, has known Sophie since kindergarten, but sparks have never flown between them. He's finally decided to get back into the dating pool after spending the past fifteen years coaching, teaching, and working with underprivileged kids. He decides to ask out Sophie. But to his dismay, someone else is also vying for her attention.


Should Sophie listen to Joe-and her heart? Or should she take a chance with Landon, the slick lawyer she's also attracted to? Will Joe, who hates conflict, do the easy thing and let Sophie and Landon be together? Or force himself out of his comfort zone because he is unable to let her go?

Denise Hunter is the award-winning author of eight novels and three novellas including Surrender Bay: A Nantucket Love Story and The New Heights series. She and her husband helped start a new church two years ago that continues to reach the unchurched in their community. Denise serves on the worship team and leads Book Connection, a Christian fiction book club for women. She and her husband are raising three boys.

Melissa Ferguson is an adjunct professor for Bible and religion at King University. She lives in the charming town of Bristol, Tennessee, with her husband, twin toddlers, and baby girl. She used to have hobbies like running and backpacking the Appalachian Trail outside her door. Now her hobbies include admiring the Appalachian Trail out her minivan window while singing "The Itsy Bitsy Spider" en route to the library.