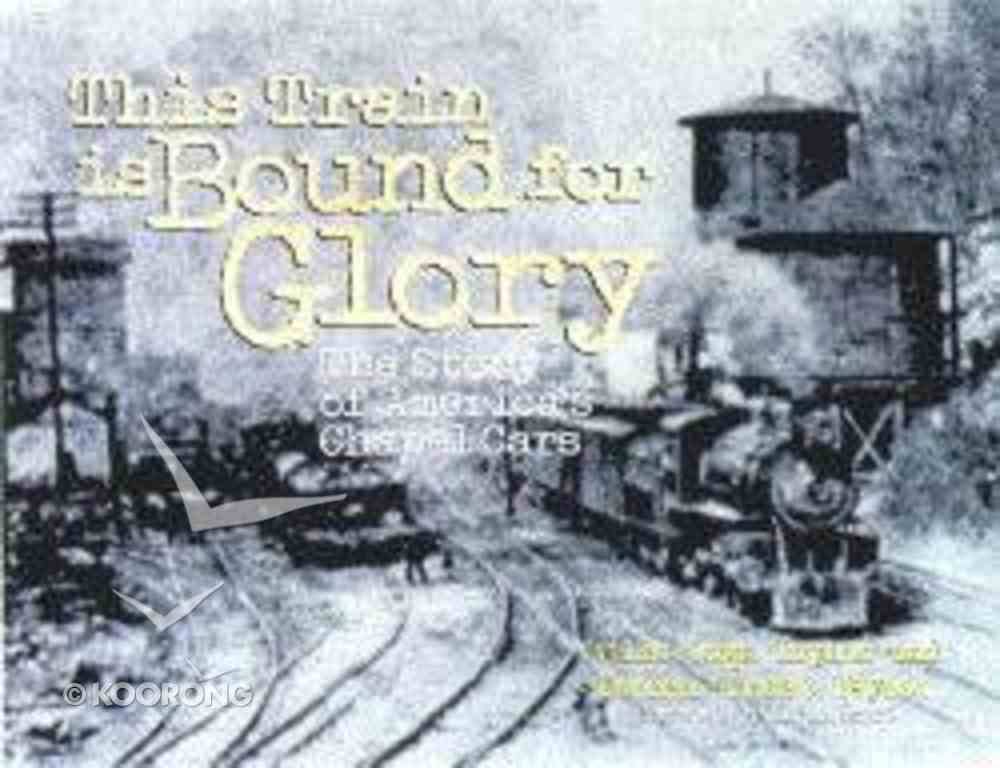 This Train is Bound For Glory

On This Rock: When Culture Disrupted the Roman Community
E A Judge, A D Macdonald (Ed)
Paperback

Glory in the Glen: A History of Evangelical Awakenings in Scotland 1880-1940
Tom Lennie
Paperback

"Railroad history and church history intertwine creatively in this saga of national westward expansion and settlement. Personalities and events come alive in the descriptions of developing towns and cities within diverse regional landscapes wherever chapel cars visited. This history, told here in its full parameters and in detail for the first time, is the book's explicit story. The other story implicit in the text, one that surfaces here and there and gives added life to the historical narrative, follows the Taylors' travels along the routes of the thirteen chapel cars over their several decades of accumulated service. The narration of the stories brings railroad chapel car history alive to its readers".-- from the Foreword"Rawlins, Wyoming, 1867 -- The flap of the muddy canvas tent swung open. Through its smoky hole flew the drunken form a young man, little more than twenty years of age -- a Union Pacific railhand, blood spurting from his nostrils, face battered by someone's fist. A farm boy, perhaps from Indiana or Ohio, raised on his pa's corn-fed bacon and his ma's biscuits an' gravy and worn family Bible. As a Union recruit at sixteen, he might have fought valiantly at Antietam, Gettysburg, the Wilderness, and Spotsylvania. Surviving the Civil War that made him a man, he, like so many others, thought workin' on the railroad would bring him fame and fortune. Instead, it had brought him to the vices of this hell-on-wheels town".-- from Chapter 1Western Railroads: "Hell on Wheels" or HeavenThis extraordinary collection of the history of thirteen "churches on wheels" from the Baptist, Episcopal, and Roman Catholic churches as the chapel cars traveled throughout thewestern United States between the 1890s and the 1930s is a must-have resource for any train, railroad, or church history enthusiast. Spectacular photography, train logs, car floor plans, detailed data about the churches develope
-Publisher

Taylor is a retired English and journalism teacher.