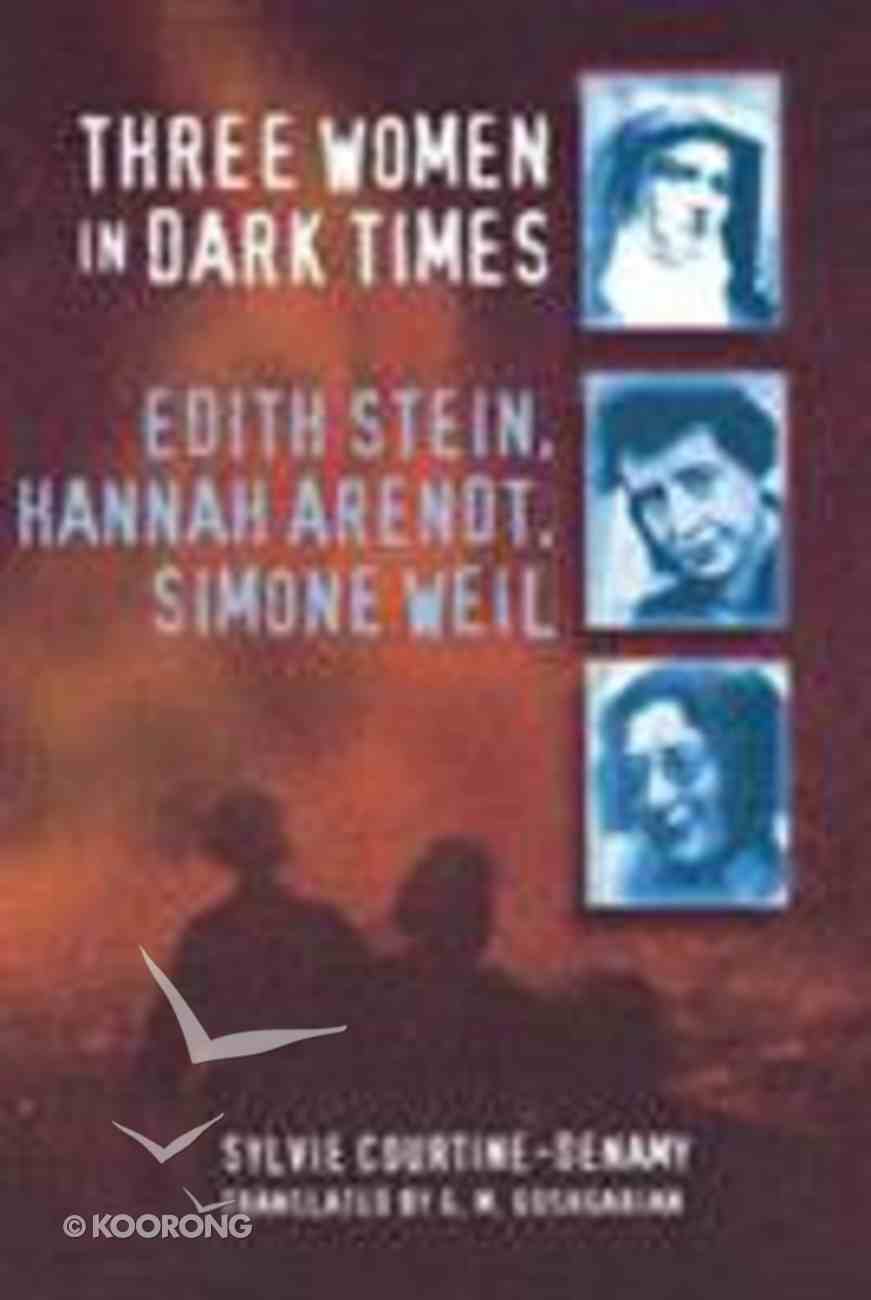 Sylvie Courtine-Denamy is a French philosopher and author of Hannah Arendt G. M. Goshgarian recently translated into English two books by Gerard Genette, The Aesthetic Relation and The Work of Art

Picked For a Purpose: Bearing Fruit in Times of Hardship
Mel Menzies
Paperback

A Pilgrim in a Pilgrim Church
Rembert G Weakland
Hardback

The Life and Times of George Whitefield
Robert Philip
Paperback

Even in Our Darkness
Jack Deere
eBook

Sylvie Courtine-Denamy is a French philosopher and author of Hannah Arendt G. M. Goshgarian recently translated into English two books by Gerard Genette, The Aesthetic Relation and The Work of Art
-Publisher

Three women, all philosophers, all of Jewish descent, provide a human face for a decade of crisis in this powerful and moving book. The dark years when the Nazis rose to power are here seen through the lives of Edith Stein, a disciple of Husserl and author of La science et la croix, who died in Auschwitz in 1942; Hannah Arendt, pupil of Heidegger and Jaspers and author of Eichmann in Jerusalem, who unhesitatingly responded to Hitler by making a personal commitment to Zionism; and Simone Weil, a student of Alain and author of La pesanteur et la grâce.Following her subjects from 1933 to 1943, Sylvie Courtine-Denamy recounts how these three great philosophers of the twentieth century endeavored with profound moral commitment to address the issues confronting them. Condemned to exile, they not only sought to understand a horrible reality, but also attempted to make peace with it. To do so, Edith Stein and Simone Weil encouraged a stoic acceptance of necessity while Hannah Arendt argued for the capacity for renewal and the need to fight against the banality of evil.Courtine-Denamy also describes how as a student each woman caught the eye of her famous male teacher, yet dared to criticize and go beyond him. She explores each one's sense of her femininity, her position on the "woman question," and her relation to her Jewishness. "All three," the author writes, "are compelling figures who move us with their fierce desire to understand a world out of joint, reconcile it with itself, and, despite everything, love it."
-Publisher