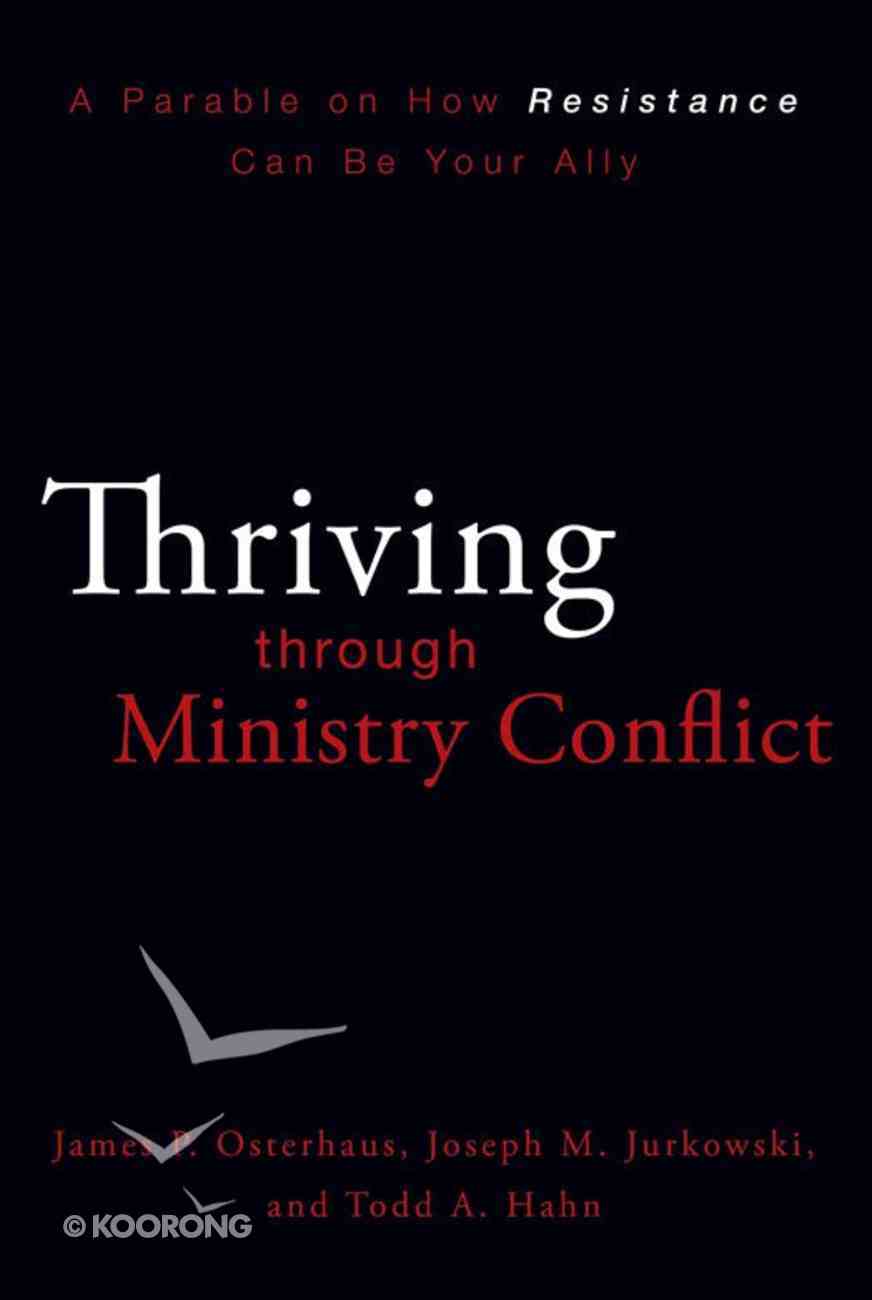 Church conflict doesn't have to be an enemy that tears a congregation apart. By learning how to handle it wisely, pastors and church leaders can make resistance one of their most valuable allies. Far from fearing conflict, leaders can turn...

Church conflict doesn't have to be an enemy that tears a congregation apart. By learning how to handle it wisely, pastors and church leaders can make resistance one of their most valuable allies. Far from fearing conflict, leaders can turn it into a catalyst for positive change and a stronger, more united church. Through the fictional story of a typical pastor embroiled in conflict, Thriving through Ministry Conflict shows how to handle and resolve conflict in a healthy way. By working through a series of response activities and discussion questions, the reader will gain powerful insights into the emotional dynamics of conflict. Here are the knowledge and tools that can help pastors and church leaders trade self-defeating responses to conflict for an empowering, constructive approach; gain a working command of key conflict survival principles; and cultivate the skills needed to effectively navigate the conflicts every ministry leader faces.
-Publisher

Jim Osterhaus, (PhD, American University) a partner and consultant for The Armstrong Group, has been quoted in the New York Times, Los Angeles Times, Seattle Times, and many other leading publications. He is a psychologist, dynamic executive coach, and public speaker with extensive experience in helping individuals move through change, conflict, and reorganization. He has authored seven books and written dozens of articles for magazines and trade journals around the country. His latest book, co-authored with Kevin Ford, is The Thing in the Bushes - Turning Organizational Blind Spots into CompeA

Todd Hahn (M.Div Gordon Conwell Theological Seminary) is a nationally recognized expert on helping churches understand and reach Generation X, adding and programming alternative worship services, and coaching churches through church planting and satellite campus development. He is widely known for his speaking at workshops and conferences at the denominational level and also in the local church context, as well as planting one of the nation's fastest growing and innovative churches, in North Carolina. Todd is the coauthor of Genxers After God: Helping a Generation Pursue Jesus and Reckless HopA

Joseph M. Jurkowski (M.A. University of Maryland) is the president, chief mobilization officer and one of the founding partners for The Armstrong Group and founder of the Counseling Center of Fairfax, Va. He has worked with Fortune 500 executives as a strategic thinker in conflict resolution, a leader in applying systems theory in organizational settings, an entrepreneur, and a well-respected leader in his work with the federal government. He has appeared in such diverse publications as Entrepreneur, the Cincinnati Enquirer, the Washington Post, and CU Times. A

Ashamed of the Gospel: When the Church Becomes Like the World
John Macarthur
Paperback