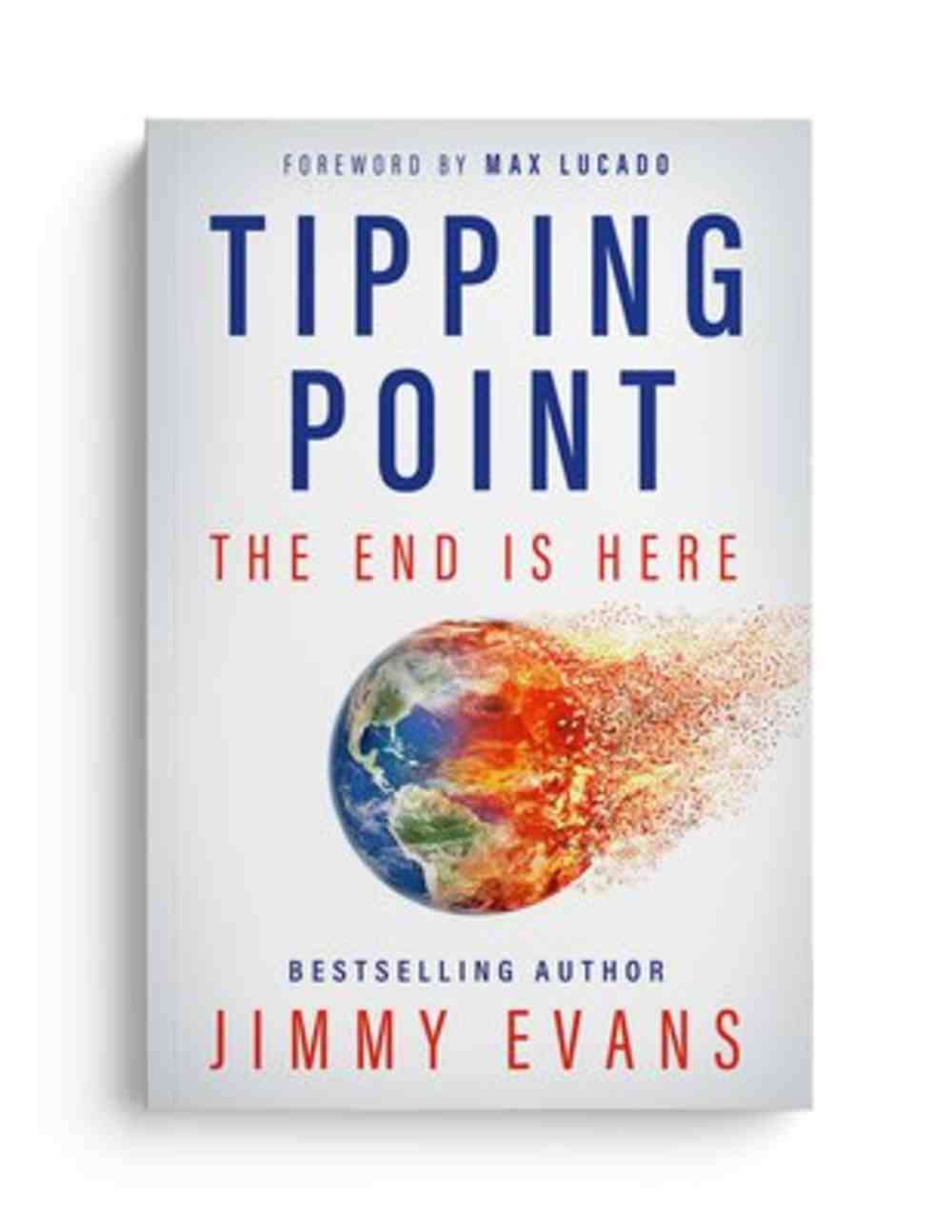 Tipping Point: The End is Here

The prophetic clock is ticking. We are living in tumultuous times. From corrupt world politics to global pandemics to an unprecedented rebellion against God and His Word, humanity has reached a critical stage. What happens next? In this eye-opening book,...

31 available
Expected to ship within 6 hours from Australia.
Learn More
Free Shipping
for orders over $99.

Ten Steps Toward Christ: Journey to the Heart of God
Jimmy Evans
Paperback

I Am David: 10 Lessons in Greatness From Israel's Most Famous King
Jimmy Evans
Hardback

The prophetic clock is ticking. We are living in tumultuous times. From corrupt world politics to global pandemics to an unprecedented rebellion against God and His Word, humanity has reached a critical stage. What happens next? In this eye-opening book, Jimmy Evans examines biblical prophecies about the end times and points to their unmistakable parallels with today's world. With clear, insightful analysis of Scripture, he answers many common questions, such as:

Are we living in the end times?

How should Believers respond to increasing immorality?

Will Christians go through the Tribulation?

What role does Israel play in God's prophetic plan?

Are COVID-19 and other world events announcing the imminent return of Jesus?

Ultimately, Tipping Point will help you understand current events with confidence. There is no going back, but hope and peace are possible as God's plan unfolds and we approach the end of the age. Jimmy Evans is senior pastor of Gateway Church in the Dallas/Fort Worth Metroplex, and holds an honorary doctorate of literature from The King's University. In addition to authoring more than seventeen books, Jimmy has studied eschatology for more than 45 years and is passionate about helping believers find hope, peace, and encouragement in the Word of God.

Jimmy Evans is one of America's leading experts on family and marriage relationships. He is the founder and president of MarriageToday, the national marriage ministry aired to millions of homes each week and now in its twelfth year. Birthed out of the pain and near failure of his own marriage, Jimmy's ministry began as an informal outreach to couples, which then transitioned to a popular Bible study. Jimmy was then appointed as minister to couples and later as senior pastor at Trinity Fellowship Church in Amarillo, Texas. He is the author of Our Secret Paradise, The Fig Leaf Conspiracy, Marriage on the Rock and 7 Secrets Of Successful Families.
-Editorial Review.

The Non-Prophet's Guide to the Book of Revelation: Bible Prophecy For Everyone
Todd Hampson
Paperback