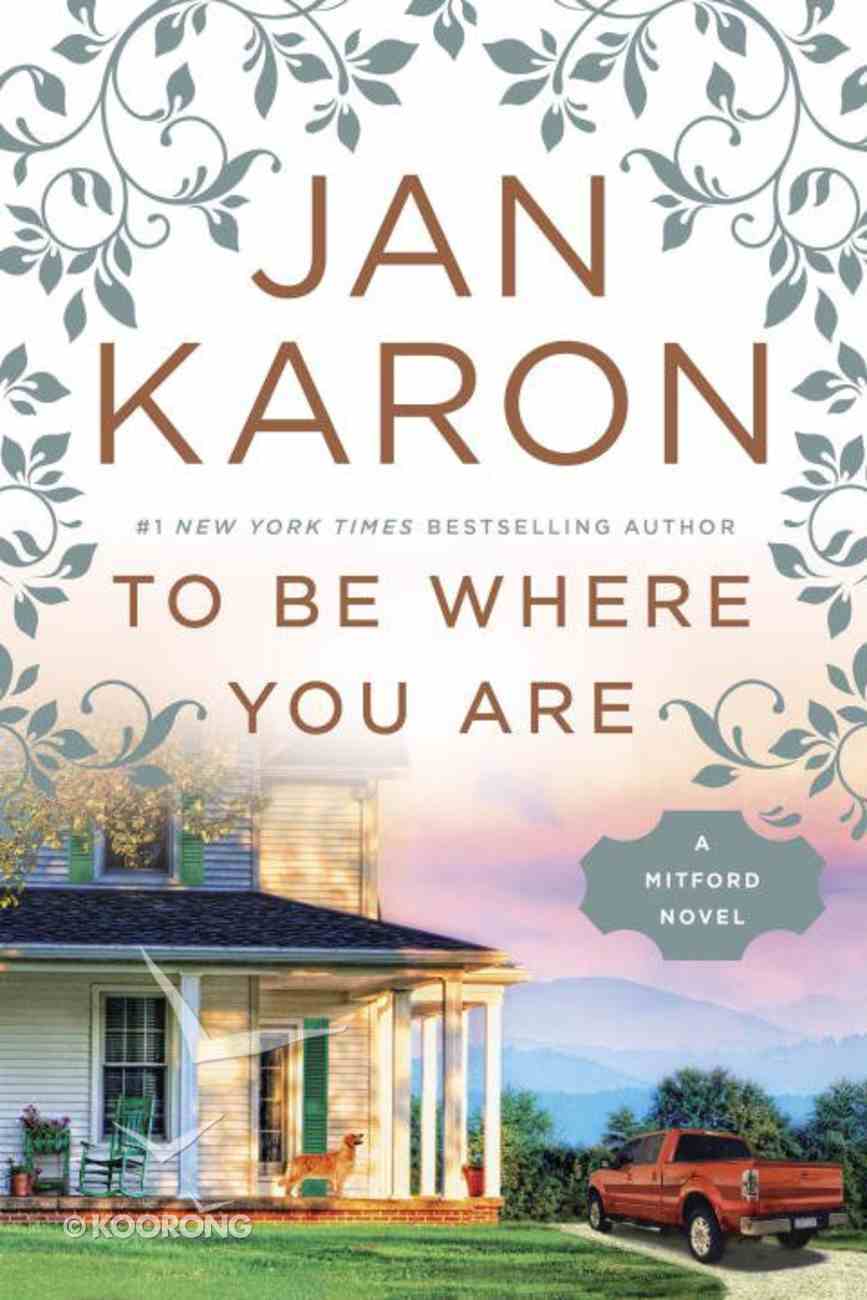 To Be Where You Are (#14 in Mitford Years Series)

The One You're With
Lauren K Denton
Hardback

After twelve years of wrestling with the conflicts of retirement, Father Tim Kavanagh realizes he doesn't need a steady job to prove himself. Then he's given one. As for what it proves, heaven only knows.

Millions of Karon fans will be thrilled that it's life as usual in the wildly popular Mitford series: A beloved town character lands a front-page obituary, but who was it, exactly, who died? And what about the former mayor, born the year Lindbergh landed in Paris, who's still running for office? All this, of course, is but a feather on the wind compared to Muse editor J.C. Hogan's desperate attempts to find a cure for his marital woes. Will it be high-def TV or his pork chop marinade?

In fiction, as in real life, there are no guarantees.

Twenty minutes from Mitford at Meadowgate Farm, newlyweds Dooley and Lace Kavanagh face a crisis that devastates their bank account and impacts their family vet practice.

But there is still a lot to celebrate, as their adopted son, Jack, looks forward to the most important day of his life-with great cooking, country music, and lots of people who love him. Happily, it will also be a day when the terrible wound in Dooley's biological family begins to heal because of a game-let's just call it a miracle-that breaks all the rules.

In To Be Where You Are, Jan Karon weaves together the richly comic and compelling lives of two Kavanagh families, and a cast of characters that readers around the world now love like kin.

Jan Karon writes ato give readers an extended family and to applaud the extraordinary beauty of ordinary lives.a


It was the first day of October, and all things considered, Mitford was pretty quiet.


Around the tenth of the month is when it would hit the fan. The chlorophylls of summer foliage would have degraded into non&shy;fluorescent chlorophyll catabolites, and hidden pigments would explode in a pyrotechnic extravagance of scarlet, gold, vermilion, and out-loud &shy;yellow.


While the display would be rampant throughout the Blue Ridge Mountains, Mitford was proud to offer its very own autumn expo:


A brace of mature&#160;Acer rubrum,&#160;which paraded from Town Hall to First Baptist. Such annual spectacle would not be missed by tourists in the hundreds, steaming up the mountain with the ubiquitous cell phone and occasional Nikon.


There was, however, a caveat. There were now two gaps in the parade of maples. One where lightning had struck in 2005 and the other where trunk rot had finally dealt its fatal blow.


The Council had ordered the stump ground and the vacant sites disguised with mulch. Mitford had not enjoyed a furor in quite a while and somehow, collectively, had decided the time had come.


A party of locals demanded that the maples be replaced, full-size, which would cost the town a bundle. Others campaigned to replant with beds of pansies, historically known as the town flower. A group calling themselves the Vocal Locals objected to pine bark mulch as too acidic for the soil and pressed for cocoa bean hulls, which others rejected outright as &'too foreign.&'


Esther Cunningham&'s copy of the weekly&#160;Muse&#160;hit the porch at seven-thirty sharp; she read the feature on the trees while cranked back in her recliner.


She hadn&'t served as Mitford&'s mayor, albeit former, for nothing. She knew about such things. People were right about th&' pine bark&-get it offa there and go with th&' pansies. How often did they get a blank spot to drop in a couple flats of pansies? As for replacement, no. Nobody in their right mind would go for the cost of spading in mature trees, and young stock would look ridiculous among their elders.


After sixteen nose-to-the-grindstone years, she&'d been retired for how long? Too long! She had sworn never to run for office again, but didn&'t people change their minds all the time and so what if she was gaining on ninety?