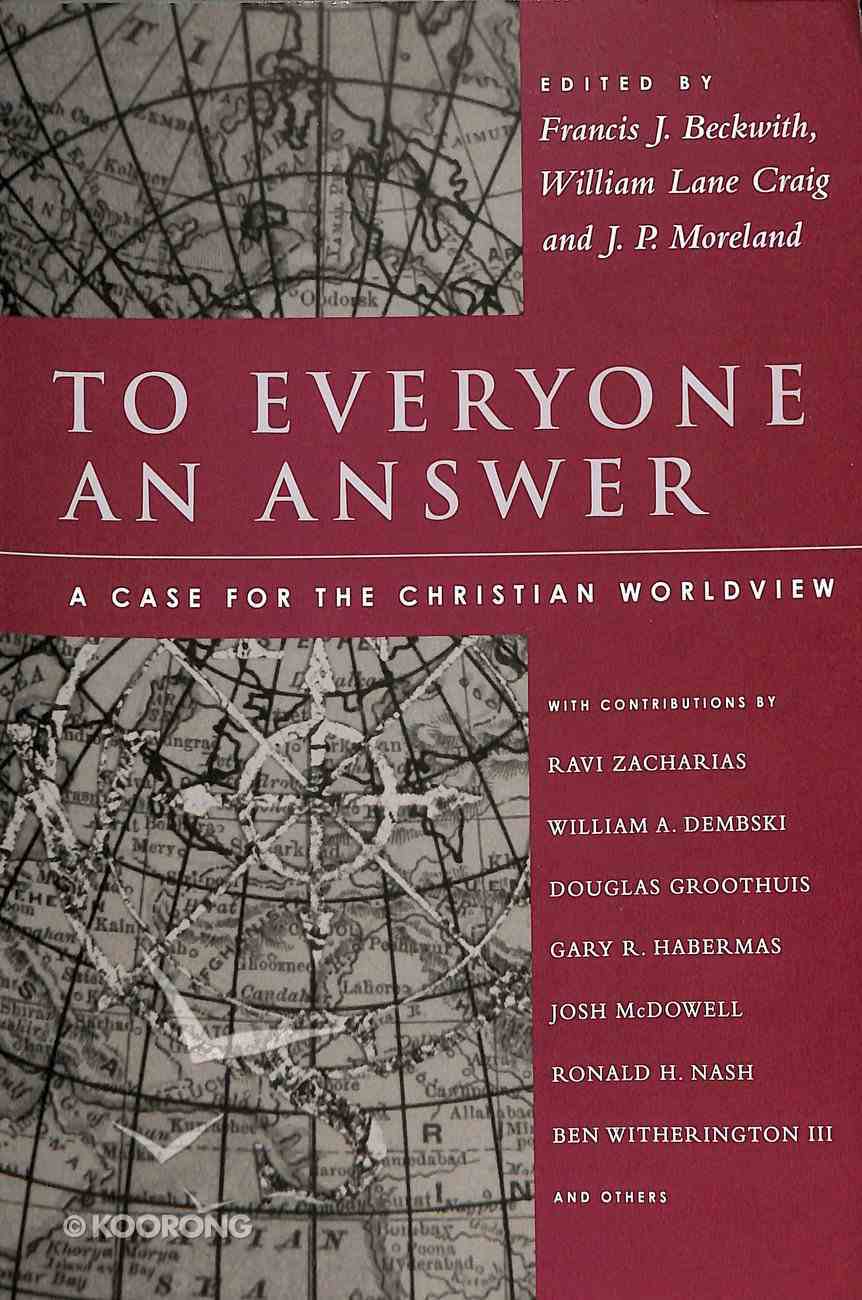 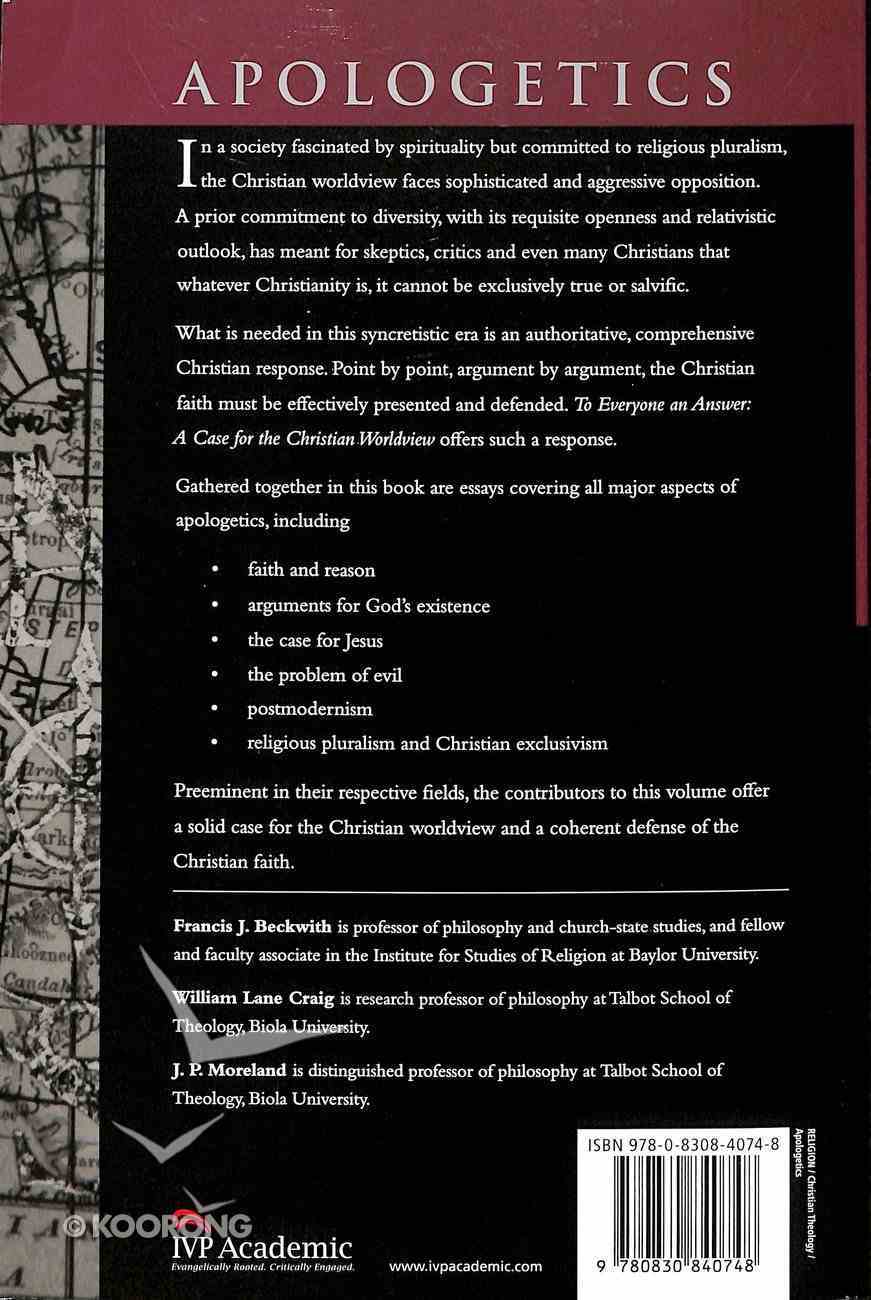 To Everyone An Answer: A Case For the Christian Worldview

:In a society fascinated by spirituality but committed to religious pluralism, the Christian worldview faces sophisticated and aggressive opposition. A prior commitment to diversity, with its requisite openness and relativistic outlook, has meant for skeptics, critics and even many Christians...

One Life: One Life That Changes Everything For Everyone
Phil Moore
eBook

:In a society fascinated by spirituality but committed to religious pluralism, the Christian worldview faces sophisticated and aggressive opposition. A prior commitment to diversity, with its requisite openness and relativistic outlook, has meant for skeptics, critics and even many Christians that whatever Christianity is, it cannot be exclusively true or salvific.What is needed in this syncretistic era is an authoritative, comprehensive Christian response. Point by point, argument by argument, the Christian faith must be effectively presented and defended. To Everyone an Answer: A Case for the Christian Worldview offers such a response.Editors Francis J. Beckwith, William Lane Craig and J. P. Moreland have gathered together in this book essays covering all major aspects of apologetics, including: faith and reason arguments for God's existence the case for Jesus the problem of evil postmodernism religious pluralism and Christian exclusivism Preeminent in their respective fields, the contributors to this volume offer a solid case for the Christian worldview and a coherent defense of the Christian faith.
-Publisher

J. P. Moreland, Ph.D., (University of Southern California) is Distinguished Professor of Philosophy at Talbot School of Theology, Biola University, in La Mirada, California. He also serves as director of Eidos Christian Center. He has written, edited or contributed to twenty books with publishers ranging from Oxford University Press, Routledge, Wadsworth and Prometheus Books to Zondervan and InterVarsity Press. Among his books are Christianity and the Nature of Science, Does God Exist? (with Kai Nielsen) and Philosophical Naturalism: A Critical Analysis. He has also written helpful apologetic books for thinking people which include Body & Soul, Philosophical Foundations of a Christian Worldview, The Creation Hypothesis, Philosophy Made Slightly Less Difficult, The God Conversation and To Everyone an Answer. Most recently he has authored The Lost Virtue of Happiness and In Search of a Confident Faith with Klaus Issler.

The Bible: A Story That Makes Sense of Life
Andrew Ollerton
Paperback