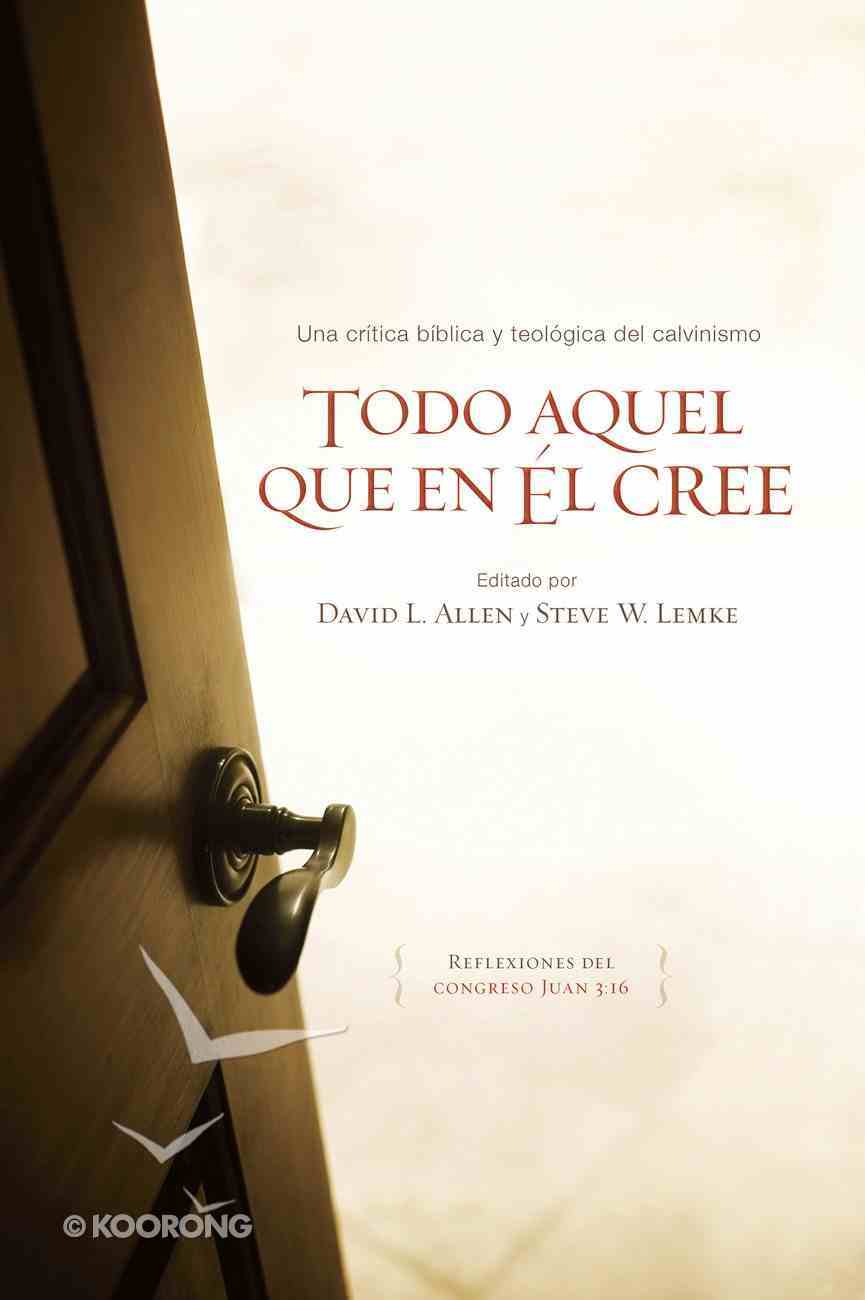 Arising from the John 3:16 Conference held in late 2008 at First Baptist Church of Woodstock, Georgia, Whosoever Will presents a biblical-theological assessment of and response to five-point Calvinism. Baptist leaders offering an alternative to the doctrine's TULIP tenets include Paige Patterson (Total Depravity), Richard Land(Unconditional Election), David Allen (Limited Atonement), Steve Lemke (Irresistible Grace), and Kenneth Keathley (Perseverance of the Saints).
The book also includes a series of articles on crucial theological and ministerial issues impacting Calvinism by Bruce Little ("Libertarian Free Will and the Problem of Evil"), Alan Streett ("A Defense of the Public Invitation"), Malcolm Yarnell ("Historical Baptist Ecclesiology and Calvinism"), and Kevin Kennedy ("Was Calvin a Calvinist?").

"?Steve Lemke " is provost and professor of Philosophy and Ethics at New Orleans Baptist Theological Seminary.

<DIV><FONT>&#160;<B>Paige Patterson</B>&#160;(Ph.D. New Orleans Baptist Theological Seminary) is president and professor of theology and occupies the L.R. Scarborough Chair of Evangelism (&quot;Chair of Fire&quot;) at Southwestern Baptist Theological Seminary. He is also a noted outdoorsman, SCUBA diver, and adventurer, holding membership in Safari Club International and the National Rifle Association.&#160; He is author of commentaries on First Corinthians, First Peter, Titus, and Song of Solomon and numerous articles on various aspects of theology.</div>

David Allen (Ph.D., University of Texas at Arlington) is dean of the School of Theology, professor of Preaching, and director of the Center of Biblical Preaching at Southwestern Baptist Theological Seminary (SWBTS) in Fort Worth, Texas. He is the author of Hebrews (The New American Commentary) and Lukan Authorship of Hebrews (New American Commentary Studies in Bible and Theology).
Koorong -Editorial Review.

R. Alan Streett, Ph.D., a former pastor and church planter, is Chairman and Professor of Evangelism at The Criswell College (Dallas, Texas), and also serves as Editor of the Criswell Theological Review.

Richard Land (D.Phil., University of Oxford ) serves as president of the Southern Baptist Conventions Ethics & Religious Liberty Commission. Land has represented Evangelicals before Congress and U.S. presidents and has served as a commissioner of the U.S. Commission on International Religious Freedom since 2001. Time named Land one of the "Twenty-five Most Influential Evangelicals in America in 2005.
Land is a frequent contributor to news journals, including the online publications On Faith (Newsweek and Washington Post) and Beliefnet. A prolific author, Land has served as a pastor, professor, theologian, and public policy advocate, and has written Mercury Rising: 8 Issues That Are Too Hot to Handle and The Divided States of America?: What Liberals AND Conservatives are missing in the God-and-country shouting match!

Malcolm Yarnell (D. Phil., Oxford University) is Associate Professor of Systematic Theology, Editor of the Southwestern Journal of Theology, Director of the Oxford Study Program, and Director of the Center for Theological Research at Southwestern Theological Seminary. He is the author of The Formation of Christian Doctrine, and is under contract for the publication of his doctoral dissertation, Royal Priesthood in the English Reformation, as well as a new Baptist Heritage text entitled Restoring Integrity In Baptist Churches.

Ken Keathley currently serves as Dean of Graduate Studies and Professor of Theology at Southeastern Baptist Theological Seminary in Wake Forest, NC. Ken graduated from Southeastern with a Master of Divinity and a Ph.D. in Theology. A native Missourian who came to Christ at the age of 17, he has served as Youth Pastor, Interim Pastor, or Senior Pastor of churches in Missouri, the Carolinas and Louisiana. Ken and his wife, Penny, live in Rolesville, NC. They have two grown children, Matt and Allison.