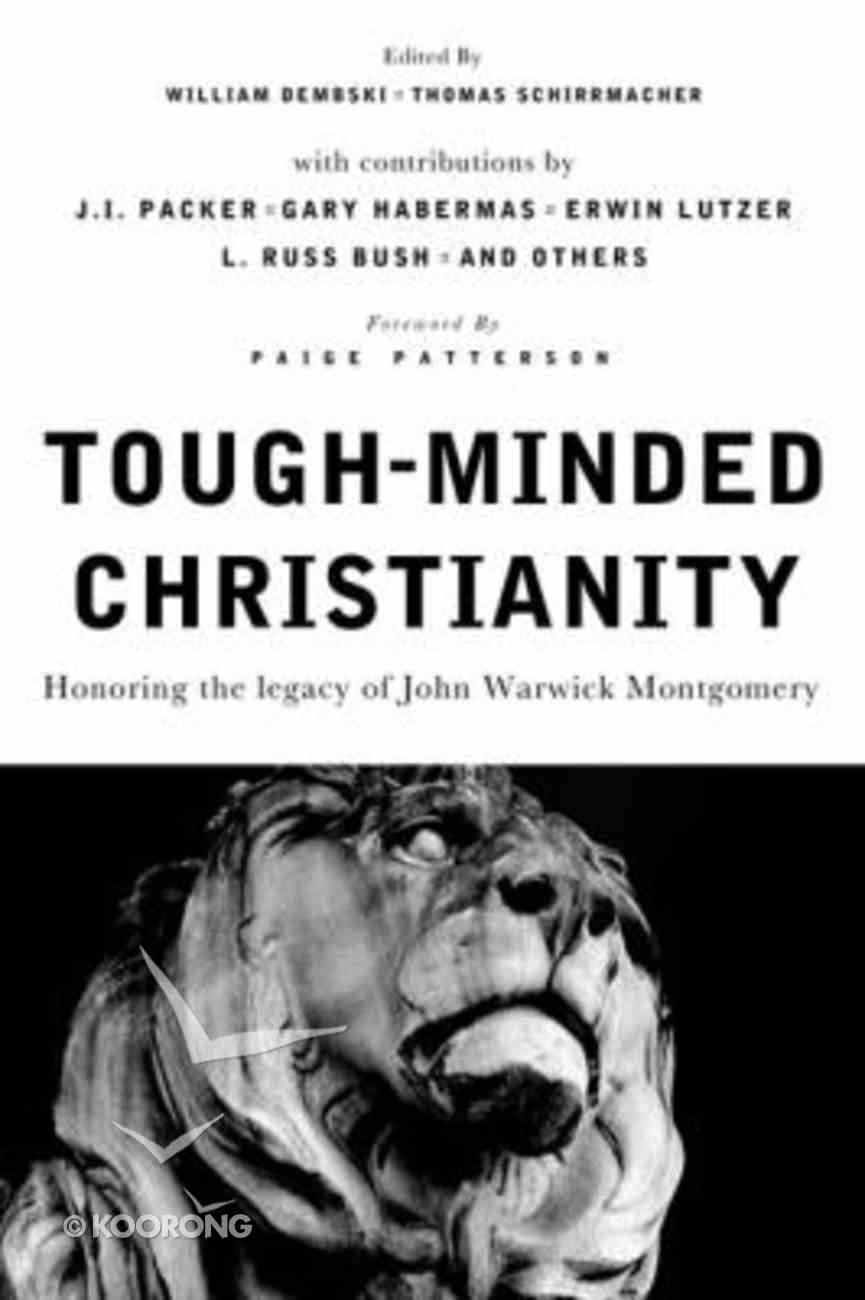 Tough-Minded Christianity is a collection of essays about the great work of John Warwick Montgomery (1931), a living legend in the field of Christian apologetics who has earned eleven degrees in philosophy, theology, law, and librarianship, debated historic atheists including...

The Problem of Evil
Jeremy A Evans
eBook

Tough-Minded Christianity is a collection of essays about the great work of John Warwick Montgomery (1931), a living legend in the field of Christian apologetics who has earned eleven degrees in philosophy, theology, law, and librarianship, debated historic atheists including Madalyn Murray O'Hair, and influenced the work of bestselling authors such as Josh McDowell.
^^Contributors to this volume include J. I. Packer, Ravi Zacharias, John Ankerberg, Erwin Lutzer, Vernon Grounds, Gary Habermas, and among others Paige Patterson who writes in the foreword that John Warwick Montgomery did the "intellectual heavy lifting" that undergirded the conservative renewal of the Southern Baptist Convention.^

William A. Dembskiis research professor in Philosophy at Southwestern Baptist Theological Seminary in Fort Worth, Texas. A mathematician and philosopher, he is also a senior fellow with Discovery Institute's Center for Science and Culture in Seattle. Dembski has appeared in discussions about intelligent design on the BBC, NPR, PBS, CNN, FOX News, ABC Nightline and The Daily Show with Jon Stewart. Thomas Schirrmacheris rector of the Martin Bucer Seminar, a theological seminary seated in Bonn, Germany with several campuses throughout Europe. An expert in ethics, world religions, and international development, he is also president of Giving Hands, an international relief organization. Schirrmacher has authored and edited more than seventy books translated into fourteen languages.
-Publisher

William Dembski (Ph.D., mathematics, University of Chicago; Ph.D., philosophy, University of Illinois at Chicago) is Research Professor of Philosophy at Southwestern Baptist Theological Seminary in Fort Worth, Texas.
He has previously taught at Northwestern University, the University of Notre Dame, and the University of Dallas. He has done postdoctoral work in mathematics at MIT, in physics at the University of Chicago, and in computer science at Princeton University, and he has been a National Science Foundation doctoral and postdoctoral fellow. Dembski has written numerous scholarly articles and is the author of the critically acclaimed The Design Inference (Cambridge), Intelligent Design (InterVarsity Press) and No Free Lunch: Why Specified Complexity Cannot Be Purchased without Intelligence (Rowman and Littlefield).
-Publisher.