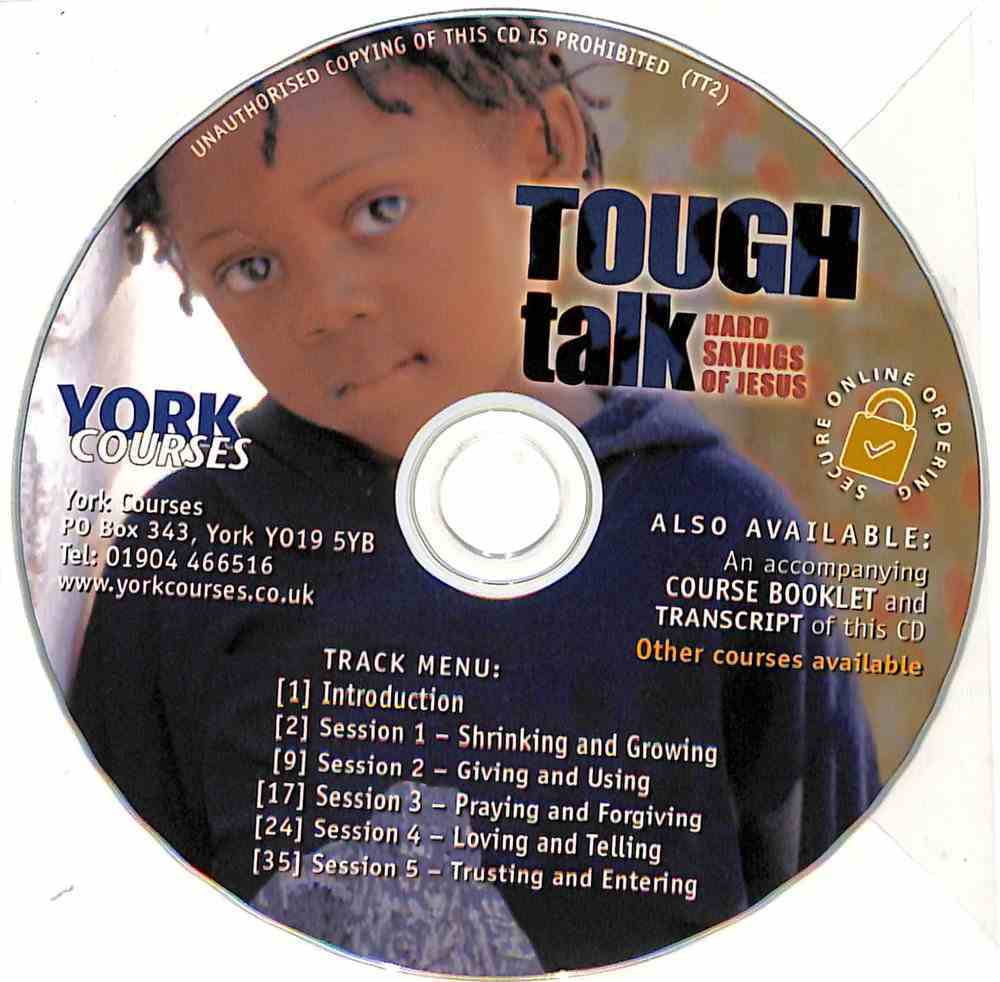 A 5-session ecumenical COURSE for discussion groups - IDEAL FOR LENT or any time of year Comprising course booklet, course audio and transcript Some of Jesus' statements in the Gospels sound morally shocking - 'Hate your father and...

Some of Jesus' statements in the Gospels sound morally shocking - 'Hate your father and mother' - while others seem deliberately obscure. This 5-session course considers some of these challenges.

5 sessions:
1. Shrinking and Growing
2. Giving and Using
3. Praying and Forgiving
4. Loving and Telling
5. Trusting and Entering

The participants on the course audio are Bishop Tom Wright, Steve Chalke and Fr Gerard Hughes SJ. Professor Frances Young provides the thoughtful Closing Reflection at the end of each session.

Gerard W Hughes is one of Britain's best loved writers on spirituality. A Jesuit priest, he is author of a number of bestselling books popular among Christians from diverse traditions including the bestselling God of Surprises, Walk to Jerusalem (Darton, Longman & Todd) contains reflections on the nature of peace which came to him as he walked most of the way from Ayrshire to Jerusalem in 1987, God, Where are You? (D.L.T), O God, Why? (Bible Reading Fellowship) and God of Compassion (Hodder & Stoughton).

Frances M. Young FBA OBE (Ph.D., University of Cambridge) is the recently retired Edward Cadbury Professor of Theology at the University of Birmingham, England. The lead editor of The Cambridge History of Early Christian Literature and the author of numerous books in patristics and New Testament studies including Brokenness and Blessing: Towards a Biblical Spirituality; From Nicaea to Chalcedon: A Guide to the Literature and Its Background (2nd ed); and The Making of the Creeds, she is also an ordained Methodist minister.

Steve Chalke is the founder of Oasis Global, the Faithworks Movement, Parentalk, and the Church.co.uk Network. In 2004 he was awarded an MBE by the Queen for his work in social inclusion. He is currently the Guinness World Record holder of the most charitable money ever raised through a single sporting event, having captured his title at the 2007 London Marathon from Sir Steve Redgrave.
He is the author of a number of challenging books on the Emergent church including Intelligent Church: A Journey Towards Christ-Centred Community, The Lost Message of Jesus, Change Agents: 25 Hard-Learned Lessons in the Art of Getting Things Done and Trust: A Radical Manifesto. Most recently he has written Apprentice: Walking the Way of Christ.
Koorong -Editorial Review.

Uninvited: Living Loved When You Feel Less Than, Left Out, and Lonely
Lysa Terkeurst
eBook