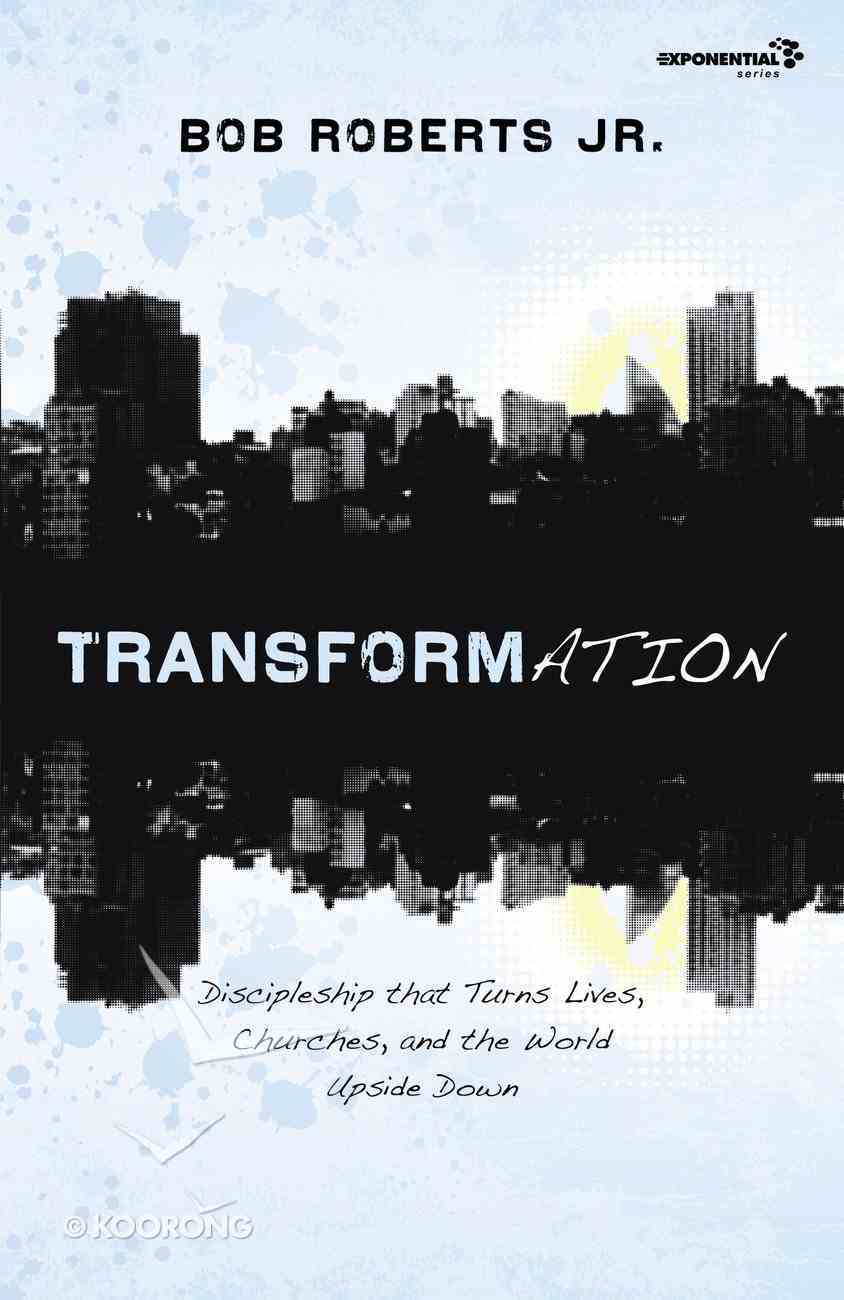 The first-century church turned its world upside down. With God's help, churches today can do the same! But it won't come about through a new church program, but rather through a new church culture---a culture of transformation. Pastor and church-planter Bob Roberts Jr. sees transformation in two spheres that are intimately connected to one another: T-Life (transformed life of the believer), which leads to a T-World (transformed world). Read Transformation, and you'll catch a vision for how your church can escape the routine and have both local and global impact for God's kingdom through the power of changed lives. Leaders Speak Out on Transformation: 'This thought-provoking book is for every planter or pastor who is asking, 'What does it mean to be salt and light in today's worldwide community?'' ---Ed Young, senior pastor, Fellowship Church; author, Can We Do That? 'Bob Roberts always brings me back to why I do what I do. Transformation will challenge and inspire you to make your service for Christ pure and authentic regardless of where it leads. I highly recommend it!' ---Robert Lewis, senior pastor, Fellowship Bible Church 'Transformation is full of authenticity because Bob Roberts himself is being transformed. Read this book if you dare. It may transform your view of the church---and your own life.' ---Leighton Ford, president, Leighton Ford Ministries
-Publisher

The Bible, Disability, and the Church
Amos Yong
Paperback