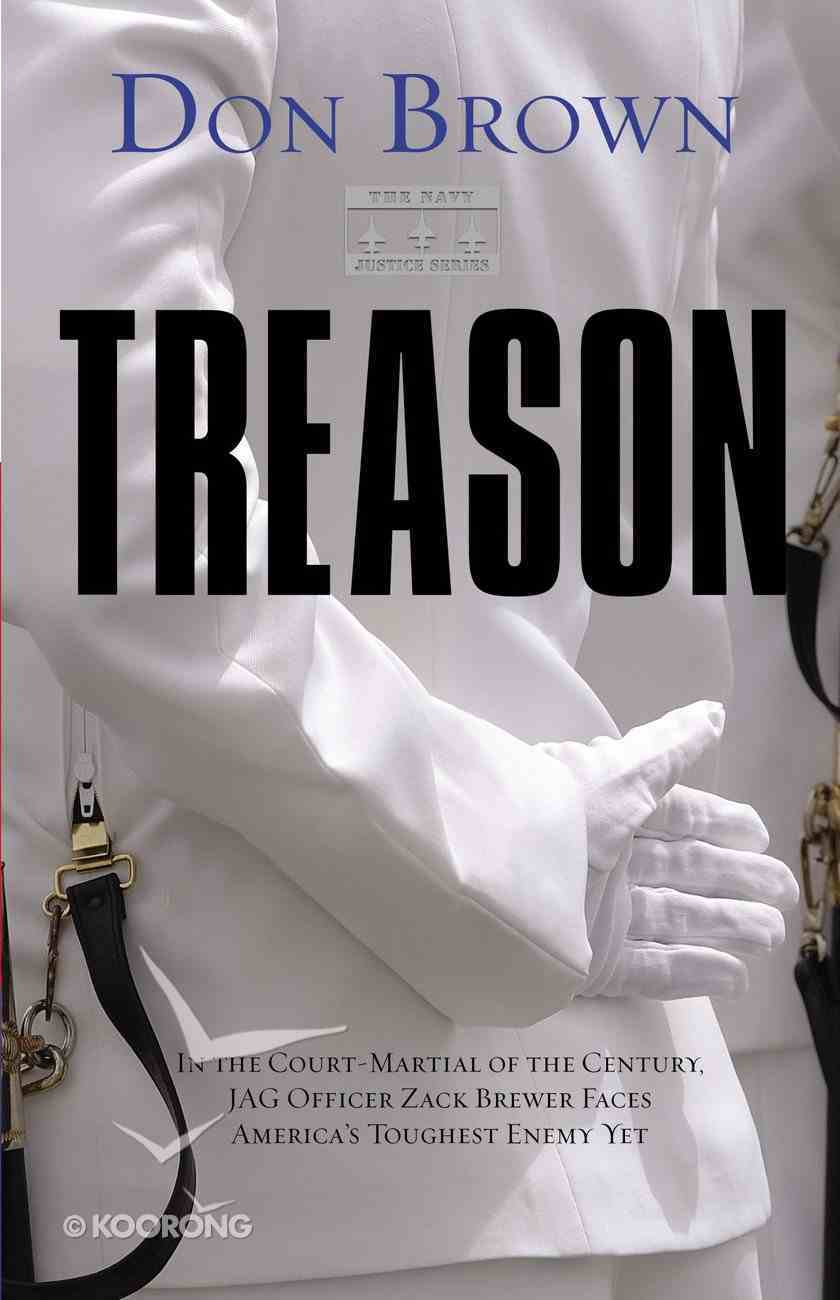 The stakes are high. . . and the entire world is waiting for the verdict. The Navy has uncovered a group of radical Islamic clerics who have infiltrated the Navy Chaplain Corps, inciting sailors and marines to acts of...

The stakes are high. . . and the entire world is waiting for the verdict.

The Navy has uncovered a group of radical Islamic clerics who have infiltrated the Navy Chaplain Corps, inciting sailors and marines to acts of terrorism. And Lieutenant Zack Brewer has been chosen to prosecute them for treason and murder.

Only three years out of law school, Zack has already made a name for himself, winning the coveted Navy Commendation medal. Just coming off a high-profile win, this case will challenge the very core of Zack's skills and his Christian beliefs - beliefs that could cost him the case and his career.

With Diane Colcernian, his staunchest rival, as assistant prosecutor, Zack takes on internationally acclaimed criminal defence lawyer Wells Levinson. And when Zack and Diane finally agree to put aside their animosity, it causes more problems than they realize.
- Publisher.

When Muslim terrorists infiltrate the Navy Chaplain Corps, Lieutenant Zack Brewer, just three years out of law school, is pitted against the world's greatest defense attorney in the court-martial of the century. Book One in a series.
-Publisher

TreasonCopyright 2005 by Don BrownRequests for information should be addressed to:Zondervan, Grand Rapids, Michigan 49530Cataloging-in-Publication Data available from the Library of Congress.ISBN-10: 0-310-25933-9ISBN-13: 978-0-310-25933-6All Scripture quotations, unless otherwise indicated, are taken from the Holy Bible: NewInternational Version. NIV. Copyright 1973, 1978, 1984 by International Bible Society.Used by permission of Zondervan. All rights reserved.The website addresses recommended throughout this book are offered as a resource toyou. These websites are not intended in any way to be or imply an endorsement on the partof Zondervan, nor do we vouch for their content for the life of this book.All rights reserved. No part of this publication may be reproduced, stored in a retrieval system,or transmitted in any form or by any means-electronic, mechanical, photocopy,recording, or any other-except for brief quotations in printed reviews, without the priorpermission of the publisher.Interior design by Michelle EspinozaPrinted in the United States of America05 06 07 08 09 10 /? DCI/ 10 9 8 7 6 5 4 3 2 1PROLOGUEBlack Forest CafeNear the Limmat RiverZurich, SwitzerlandAbdur Rahman Ibn Auf checked his watch as the meeting adjourned.Quarter to twelve. Good.Enough time for a little walk, maybe some sightseeing, and perhapseven lunch and a couple of drinks before summoning his pilot for thereturn flight to Riyadh.He donned the jacket of his Armani business suit and stepped fromthe front door of Barclays onto the sidewalk beside Zurich''s world famous,charming Bahnhofstrasse. Squinting into the bright sunlight,he slipped on a pair of designer sunglasses. Around him bustled serious lookingbusinessmen speaking into cellular phones, young mothers-orperhaps au pairs; he could not tell the difference-pushing prams, laughingyoung lovers, and groups of beautiful women carrying smart bagsfrom expensive clothing boutiques. On either side of the street, flowervendors displayed profusions of colorful bouquets, and halfway to thecorner, a group of students crowded around a bakery window.A cool breeze hit his face, and he closed his eyes, drawing the pristineSwiss air into his lungs. He breathed in, almost smiling at the invigoratingresult.Why did Allah place the great cities of the faith in the middle of ascorching, God-forsaken desert rather than in a place like Zurich? Athome, survival was impossible without air-conditioning. Here, natureprovided it. But the Great Faith had spawned where it had, and Allah hadhis purposes. Perhaps to avoid distractions, which abounded here.Abdur headed south down the Bahnhofstrasse by foot in the directionof the Arboretum and Burlki Plaza on Lake Zurich. A traffic lightstopped him just before he reached the Swiss National Bank Building,and he turned left toward Stathausquai, on the east bank of the LimmatRiver.The deep blue waters of the river, fed by the melting snow from theAlps, flowed into Lake Zurich a few blocks to his right. Abdur never grewtired of this view. If paradise was like any city in the world, surely Zurichwould be at the top of the list. He watched two tour boats churning southtoward the lake.The sounds of laughter-young and feminine-broke into histhoughts. He turned toward a sidewalk cafe across the street, on the bankof the river.There were four in the quartet-or perhaps he might say the bouquet-of exquisite Swiss frauleins. They sat giggling under an umbrella at a whitewrought-iron table. He did not need to blink even twice to see they wereblond, well figured, and perhaps in their mid-twenties. They were all blue-eyed.They were Swiss; how could they not have eyes the color of a summeralpine sky?One of the frauleins, the prettiest, with shoulder-length hair and wearinga navy business suit, seemed to sense his gaze. She shot him a coquettishsmile, tilting her head slightly toward an empty table next to hers.The outdoor cafe on the riverbank would make a perfect spot forlunch and a co
-Publisher

Don Brown (JD), a former Navy JAG Officer and the author of Zondervan's riveting Navy Justice Series - Black Sea Affair; Defiance; Hostage and Treason Most recently he has produced THe Malacca Conspiracy and Thunder in the Morning Calm.
He is founder of Brown and Associates, PLLC. Don went on to receive a Juris Doctor degree from Campbell University School of Law. He spent five years in the U.S. Navy as an officer in the Judge Advocate General's (JAG) Corps. During that time, he served with the U.S. Attorney, served in the Pentagon, and was published in the Naval Law Review. He continued his studies at the United States Naval War College in Newport, Rhode Island earning the Navy's nonresident certificate in International Law.