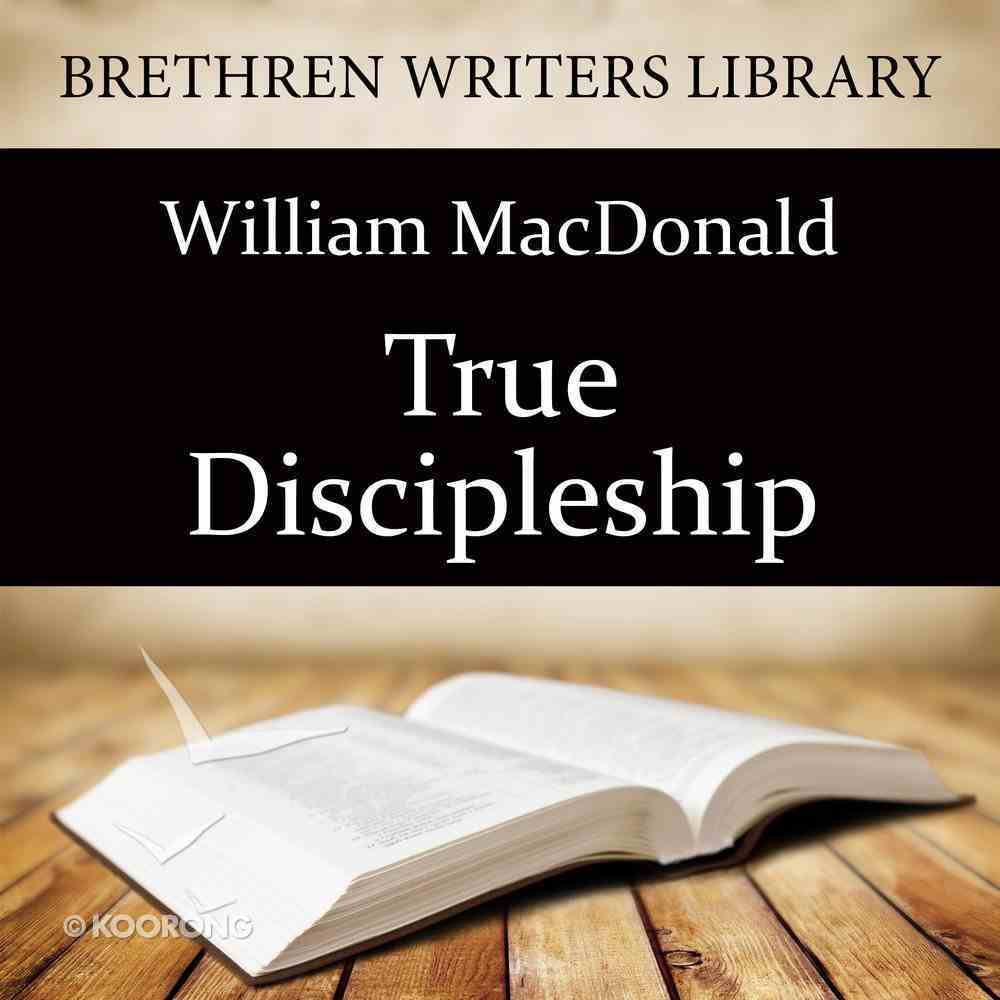 In TRUE DISCIPLESHIP William MacDonald highlights some principles of New Testament discipleship and challenges every genuine Christian believer. He makes clear that nothing less than an all-out commitment to the Lord Jesus Christ is required of us. The Saviour seeks...

The Secret Battle of Ideas About God
eAudio

The Steps to Freedom in Christ
eAudio

How to Grow a High Impact Church, Vol. 1
eAudio

In TRUE DISCIPLESHIP William MacDonald highlights some principles of New Testament discipleship and challenges every genuine Christian believer. He makes clear that nothing less than an all-out commitment to the Lord Jesus Christ is required of us. The Saviour seeks those who will give Him first place in their lives.

"The Saviour repeatedly said, "whosoever will save his life shall lose it: but whosoever will lose his life for my sake, the same shall save it". In fact, this saying of His is found in the four Gospels more frequently than almost anything else. Why is it repeated so often? Is it not because it sets forth one of the most fundamental principles of the Christian life, namely, that life hugged for self is life lost, but life poured out for Him is life found, saved, enjoyed, and kept for eternity?"

To be a true disciple is to be a bondslave of Jesus Christ and to find that His service is perfect freedom. There is liberty in the step of all who can say, "I love my master&...I will not go out free"

"The Lord Jesus still calls, as He has ever called, for men and women to follow Him heroically and sacrificially&... There cannot be divided allegiance&... A disciple cannot live for two worlds."

William Macdonald quotes Lucy R Mayer:
"Master, forgive, and inspire us anew;
Banish our worldliness, help us to ever
Live with eternity's values in view."
As well as the 'original' True Discipleship, the two booklets 'Where is your Treasure?' and 'Lord Break me' also by William Macdonald are included in this new version.

A word about the author: William MacDonald (1917 - 2007)
William (Bill) MacDonald was born in Massachusetts. His parents were from the Isle of Lewis and when he was six years old, his family moved to Stornoway, Scotland, later moving back to Massachusetts.
A commended worker for sixty years, a teacher, preacher, mentor, and author of eighty-four books, including the Believer's Bible Commentar

William MacDonald has, for many years, spoken plainly and written directly about the key issues of Christianity. Leaving a promising career "at the foot of the Cross," he has travelled worldwide, telling the unsearchable riches of Christ. His more than eighty works published in North America are characterized by a clarity and economy of words that only comes through a major time investment in the Word of God. He is the author of the renowned "Believer's Bible Commentary."

Right Side Up
Paul Grimmond
Paperback

Discipleship Essentials: A Guide to Building Your Life in Christ
Greg Ogden
Paperback