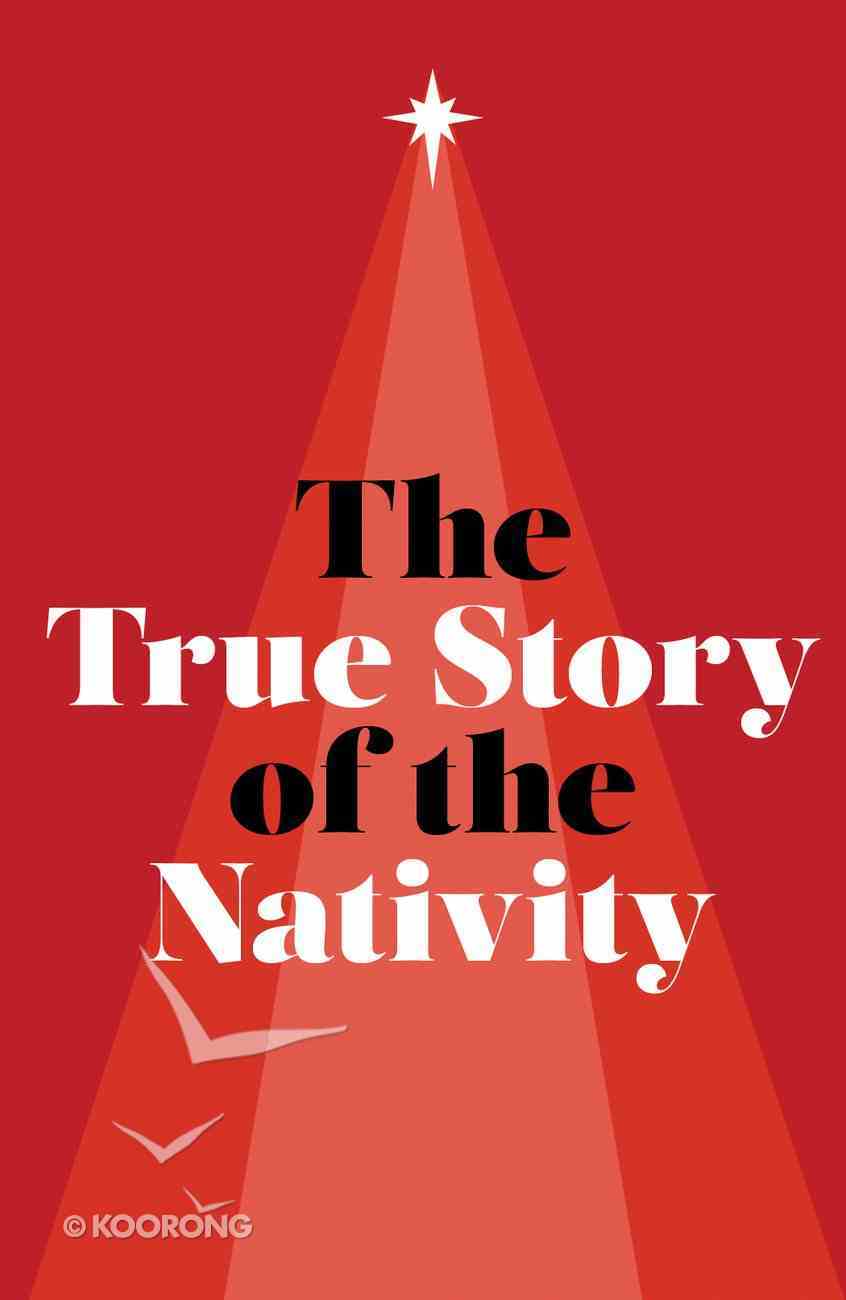 : The story of the first Christmas is so beloved that singers and storytellers across the centuries have embellished and elaborated the story in celebration. However, most people now don't know which details are biblical and which are fabricated....

Christmas Blessings to You (Pack Of 25)
News Publishers Good
Booklet

:
The story of the first Christmas


is so beloved that singers and storytellers across the centuries have embellished and elaborated the story in celebration. However, most people now don't know which details are biblical and which are fabricated. People usually imagine the manger scene with snow, singing angels, many worshipers, and a little drummer boy. None of that is found in the biblical account.


Christmas has become the product of an odd mixture of pagan ideas, superstition, fanciful legends, and plain ignorance. Add to that the commercialization of Christmas by marketers and the politicization of Christmas in the culture wars, and you're left with one big mess. Let's try to sort it out. The place to begin is in God's Word, the Bible. Here we find not only the source of the original account of Christmas, but also God's commentary on it.


We can't know Jesus if we don't understand He is real. The story of His birth is no allegory. We dare not romanticize it or settle for a fanciful legend that renders the whole story meaningless. Mary and Joseph were real people. Their dilemma on finding no room at the inn surely was as frightening for them as it would be for you or me. The manger in which Mary laid Jesus must have reeked of animal smells. That first Christmas was anything but picturesque.


But that makes it all the more wondrous. That baby in the manger is God! Immanuel!


That's the heart of the Christmas message. There weren't many worshipers around the original manger-only a handful of shepherds. But one day every knee will bow before Him, and every tongue will confess He is Lord (Philippians 2:9-11). Those who doubt Him, those who are His enemies, those who merely ignore Him-all will one day bow, too.


How much better to honor Him now with the worship He deserves!
That's what Christmas ought to inspire.


"[Mary] gave birth to her firstborn son; and she wrapped Him in cloths, and laid Him in a manger, because there was no room for them in the inn" (Luke 2:7).


That verse is explicitly concerned with a lonely birth. There were no midwives, no assistance to Mary at all. Mary brought forth the child; she wrapped Him in swaddling cloths; and she laid Him in a manger. Where usually a midwife would clean the baby and wrap Him, there was no one. Mary did it herself. And where usually there would have been a cradle or basket for the baby, there was none. Mary had to put Him in an animal's feeding trough.


When Christ entered the world, He came to a place that had some of the smelliest, filthiest, and most uncomfortable conditions. But that is part of the wonder of divine grace, isn't it? When the Son of God came down from heaven, He came all the way down. He did not hang on to His equality with God; rather, He set it aside for a time and completely humbled Himself (Philippians 2:5-8).


The shepherds' story is the Good News of the Gospel


God sent His one and only Son to earth. He was put to death on a cross to pay for the sins of the world. Three days later He was raised from the dead and now offers you the gift of everlasting life if you believe in Him.

The Hope of Christmas (Pack Of 25)
Booklet

The Greatest Gift (Pack Of 25)
Booklet

An Even Better Christmas: Joy and Peace That Last All Year
Matt Chandler
Paperback

How Many Days 'Til Christmas? (Pack Of 25)
Booklet

A Love Worth Giving to You At Christmas
Max Lucado
Booklet

What Christmas is All About (Pack Of 25)
Booklet