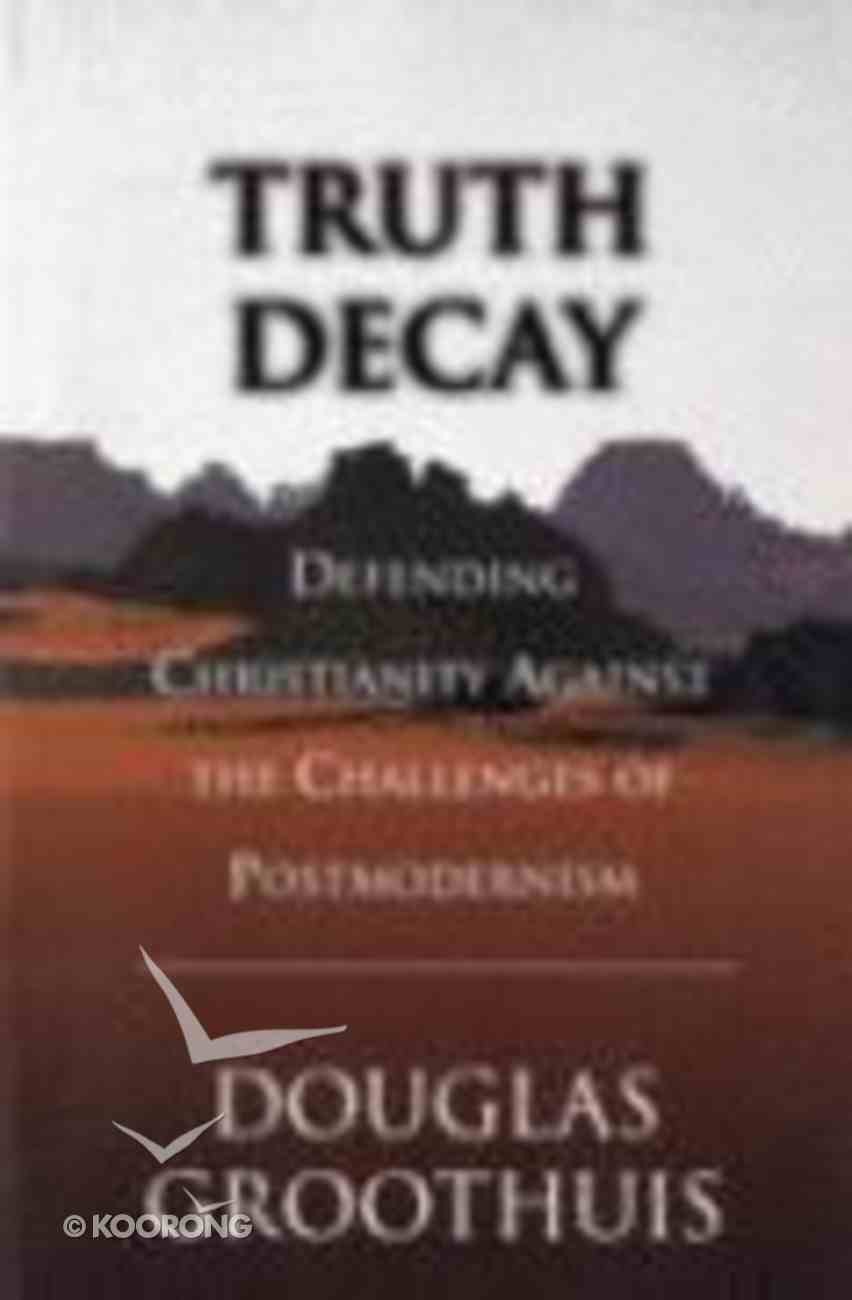 A 2001 Christianity Today Award of Merit winner! The concept of truth as absolute, objective and universal has undergone serious deterioration in recent years. No longer is it a goal for all to pursue. Rather postmodernism sees truth as...

136 Questions: About God's Word and His World
Malcolm Dunjey
Paperback

The concept of truth as absolute, objective and universal has undergone serious deterioration in recent years. No longer is it a goal for all to pursue. Rather postmodernism sees truth as inseparable from culture, psychology, race and gender. Ultimately, truth is what we make it to be. What factors have accelarated this decay of truth? Why are people willing to embrace such a devalued concept? How does this new view compare and contrast with a Christian understanding? While postmodernism contains some truthful insights (despite its attempt to dethrone truth), Douglas Groothuis sees its basic tenets as intellectually flawed and hostile to Christian views. In this spirited presentation of a solid, biblical and logical perspective, Groothuis unveils how truth has come under attack and how it can be defended in the vital areas of theology, apologetics, ethics and the arts.

Douglas Groothius considers postmodernism, with its emphasis on truth being inseparable from culture, psychology and gender, and its apparent conflict with Christianity and the teachings of the Bible.
-Publisher

Douglas R. Groothuis (Ph.D., University of Oregon) is professor of philosophy at Denver Seminary in Denver, Colorado. He has also been a visiting professor or adjunct faculty member at Fuller Theological Seminary (Colorado Spring extension), Westminster Theological Seminary (California campus), University of Oregon, New College-Berkeley and Seattle Pacific University.
His articles have been published in such professional journals as Sophia; Theory and Research in Education; Philosophia Christi; Themelios; Christian Scholars Review; Inquiry and Journal of the Evangelical Theological Society. He has also written several books, including In Defense of Natural Theology; Christianity That Counts; Jesus in an Age of Controversy; Deceived by the Light; The Soul in Cyberspace, and in the Wadsworth Philosophers Series, On Pascal and On Jesus.. Most recently he has authored Christian Apologetics: A Comprehensive Case for Biblical Faith (InterVarsity Press, 2011)
Koorong -Editorial Review.