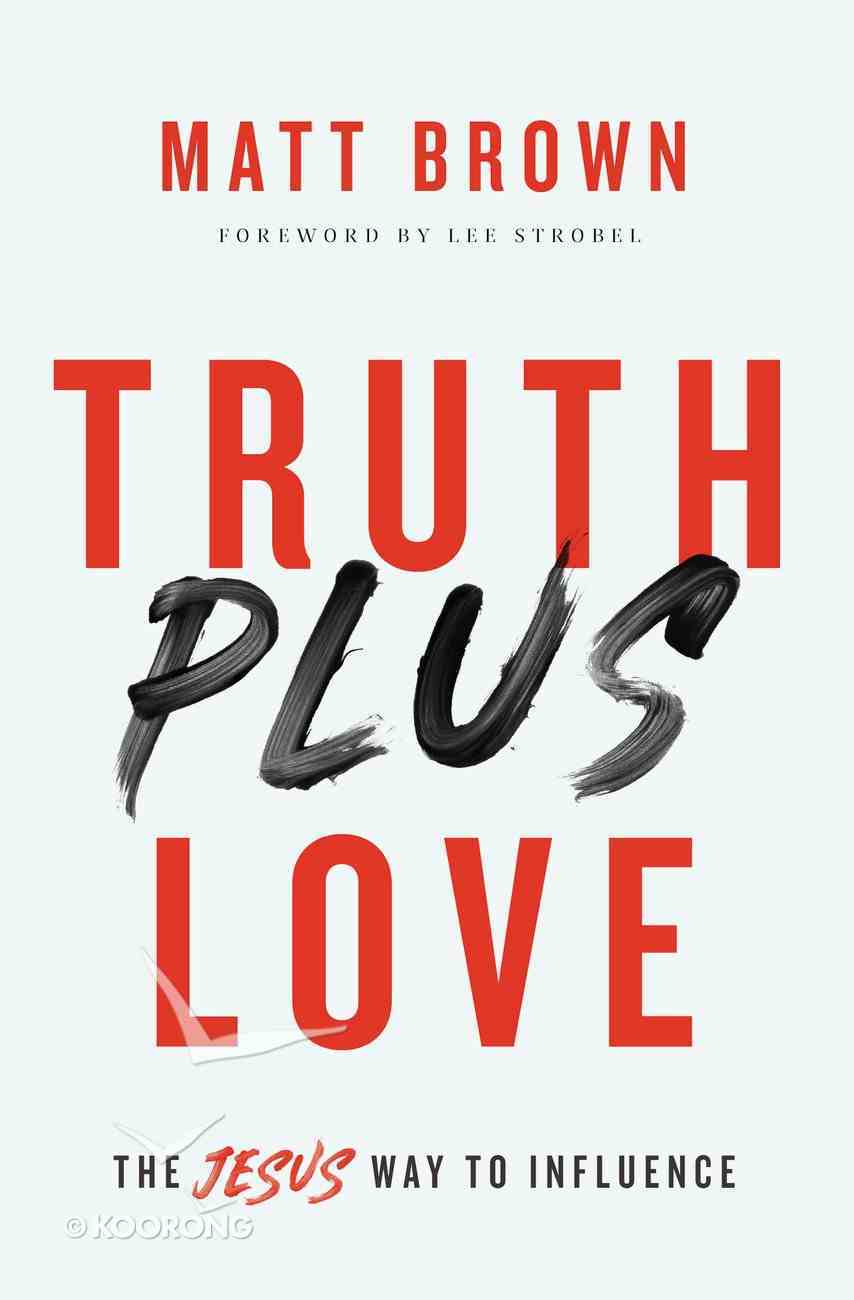 Truth Plus Love: The Jesus Way to Influence

: Imagine what our world might look like if Christians became known for remarkable love, as well as life-giving truth. The stakes are high and the need is great for Christians to represent Jesus to a watching world. And...

Love Matters More: How Fighting to Be Right Keeps Us From Loving Like Jesus
Jared Byas
Paperback

Having a Martha Home the Mary Way
Sarah Mae
eBook

The Book of Waking Up: Experiencing the Divine Love That Reorders a Life
Seth Haines
Paperback

:
Imagine what our world might look like if Christians became known for remarkable love, as well as life-giving truth.


The stakes are high and the need is great for Christians to represent Jesus to a watching world. And today, we have more influence than ever before--for better and for worse. We are among the first generations to have access to a global megaphone through social media. But it's not enough to speak truth louder to a noisy culture. To counter the reputation Christians have earned, our love must be just as loud.


Ask evangelist Matt Brown, and he will tell you Christians today are facing a crisis of influence. In our rush to speak truth to today's tensions, cultural issues, and trending controversies, it becomes all too easy to focus on proving our points rather than extending God's grace. Conversely, when we seek only to love yet never proclaim a better way, we short-circuit God's plan.


Truth Plus Love invites you to rediscover the biblical framework for engaging culture as ambassadors of Christ. Through biblical insight, cultural analysis, and practical principles, Matt Brown outlines how to champion truth without compromise, how to love unconditionally, and ultimately, how to step into this great adventure of representing God to the world. It's hard, it's messy, and it's the unfinished project of a lifetime, yet here we find our great adventure: representing God to a watching world.

Matt Brown is the pastor of South Mecklenburg Presbyterian Church in Charlotte, NC. A graduate of the University of Missouri and Union Presbyterian Seminary, Matt and his wife, Donna, live in Charlotte where they write checks for college tuition and dare to hope that their sons, Noah and Seth, will call them. In the meantime, Matt pledges his fealty to the St. Louis Cardinals and the Mizzou Tigers.