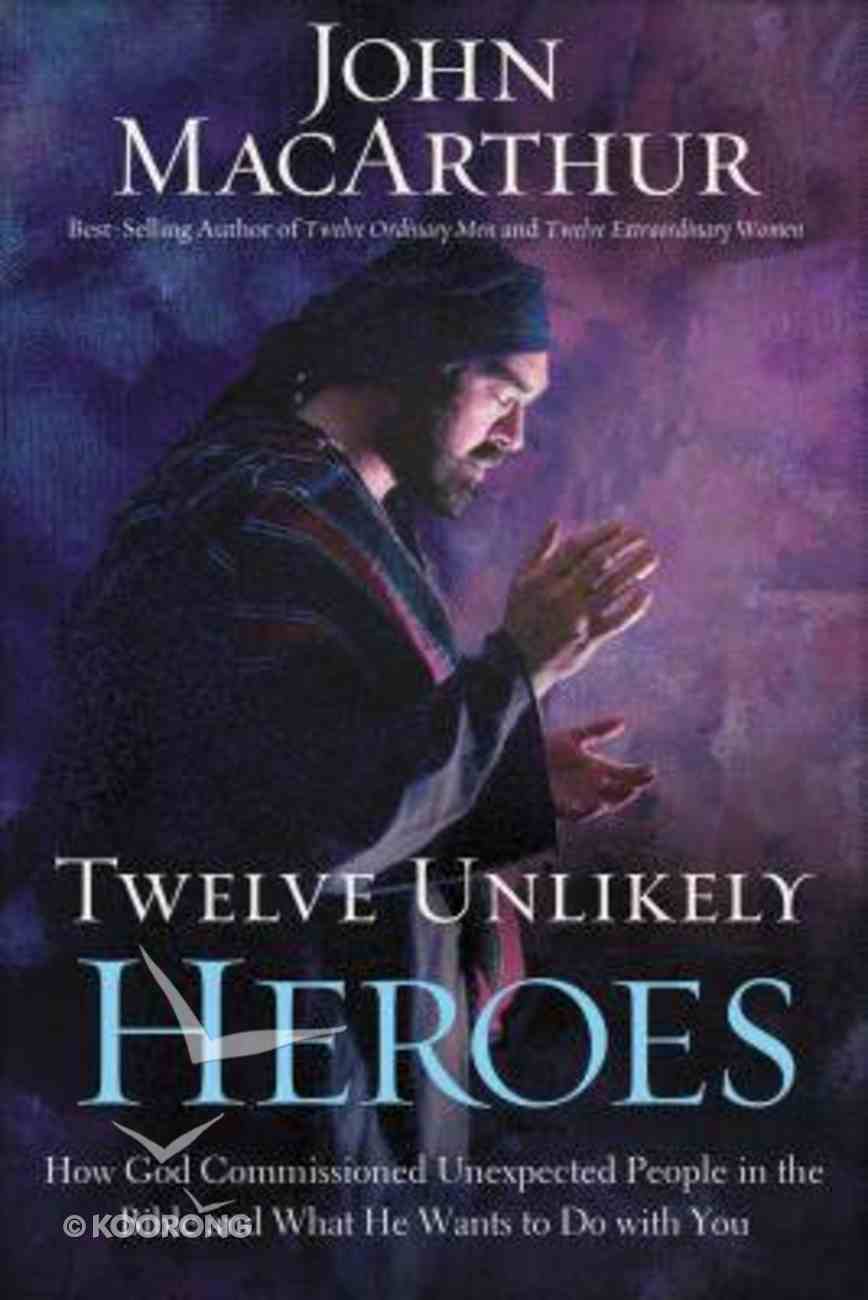 In the third installment of the Twelve series, readers discover that true success is measured in terms of obedience, humility and faithfulness to God. They faltered. They struggled. At times, they failed. Yet God worked through them in incredible...

In the third installment of the Twelve series, readers discover that true success is measured in terms of obedience, humility and faithfulness to God.


They faltered. They struggled. At times, they failed. Yet God worked through them in incredible ways to accomplish his purposes. In "Twelve Unlikely Heroes," the third installment of Dr. MacArthur's Twelve series ("Twelve Ordinary Men," "Twelve Extraordinary Women"), readers gain new insights into the kind of people God uses, and what it means to be successful in his eyes. Readers receive deep biblical teaching and inspiring life instruction from Bible characters like:

Joseph: a slave who saved his country and his family Miriam: the sister who helped shape one of Israel's foremost deliverers Samson: an uncontrollable man whom God empowered and used Jonathan: an heir to a throne he was willing to give up Esther: the woman God used to spare the Jewish people Mark: a coward who was restored and wrote the second gospel Onesimus: a runaway slave who became a minister And more!
"Twelve Unlikely Heroes" highlights this wonderful mystery: that God uses weak, foolish, and broken people to showcase his power, wisdom, and love. He works through those who are humble, contrite, and eager to obey. By God's grace and for his glory, ordinary sinners are unexpectedly transformed into heroes of the faith.

What kind of people does God use to accomplish His work?


Far from the children's tales depicted in picture books and nursery rhymes, the men and women highlighted in the Bible were unnervingly real. They faltered. They struggled. And at times, they fell short. Yet God worked through them in surprising and incredible ways to accomplish His purposes. Scripture does not hide their weaknesses, caricature their strengths, or spin their stories as a display of human nobility. Instead, it describes these heroes of the faith with unflinching honesty and delivers an unexpected ending: ?God is not ashamed to be called their God? (Hebrews 11:16).


In Twelve Unlikely Heroes, pastor and best-selling author John MacArthur uses his deep knowledge of the Bible and history to take us back to see these three-dimensional men and women in their own times and cultures. In doing so, it becomes clear how their dramatic stories apply to us today. People who might at first seem foreign quickly become familiar and unforgettable?particularly as they reveal the true Hero behind every witness, the power counterbalancing every weakness, ?the Author and Finisher of our faith? (Hebrews 12:1).